PBR: A Fave Throughout the Galaxy 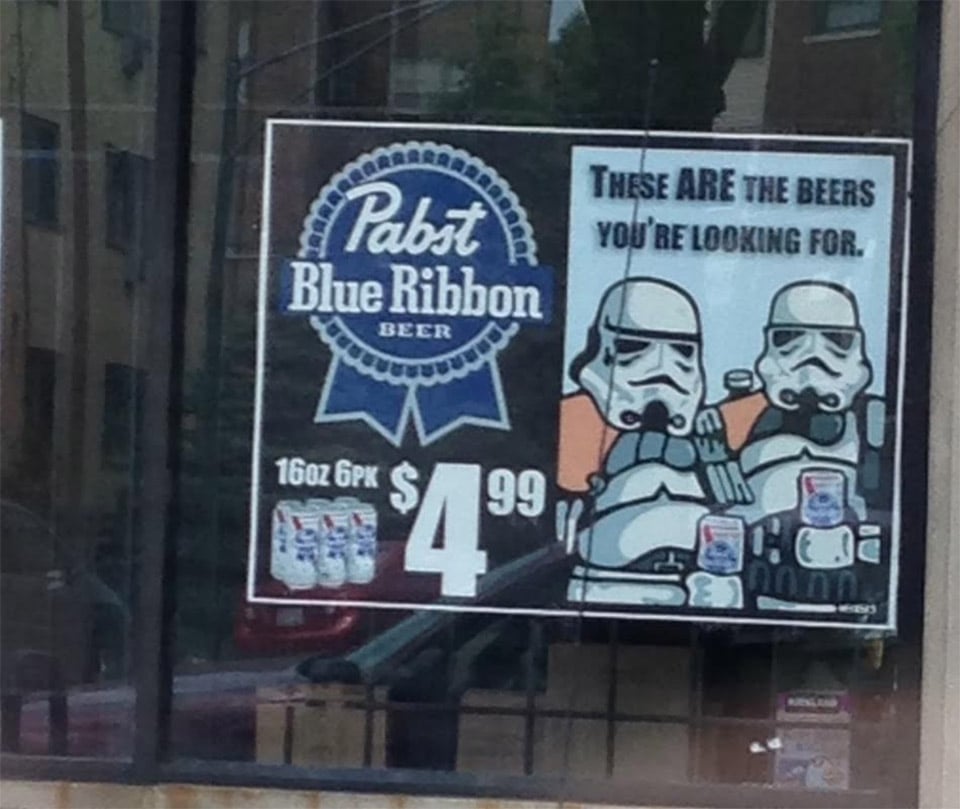 I was driving down the street in Chicago the other day, and when I stopped at a light I turned my head and saw an hilarious PBR/Star Wars mash-up advertisement in a liquor store window riffing on the mega-memorable Obi-Wan Jedi magic “These aren’t the Droids you’re looking for” scene. I laughed until the light turned green.

Then when I got home, I hopped online to see if in fact it was an official PBR ad – and I couldn’t find anything to confirm it, which is what I had figured. What I did find was more than a few more really clever conflations between this classic American brew and that classic sci-fi movie. One was a T-shirt on Etsy that shows Han Solo about ready to down a cold one with his pal Chewie as Princess Leia lays lasciviously in the background in front of a giant foaming pint. The other was an incredible AT-AT Walker made entirely from PBR cans and boxes. I could find no documentation regarding how many beers had to be consumed before the inspiration was arrived at for these works of art.