Game of Thrones Goes to Disneyland 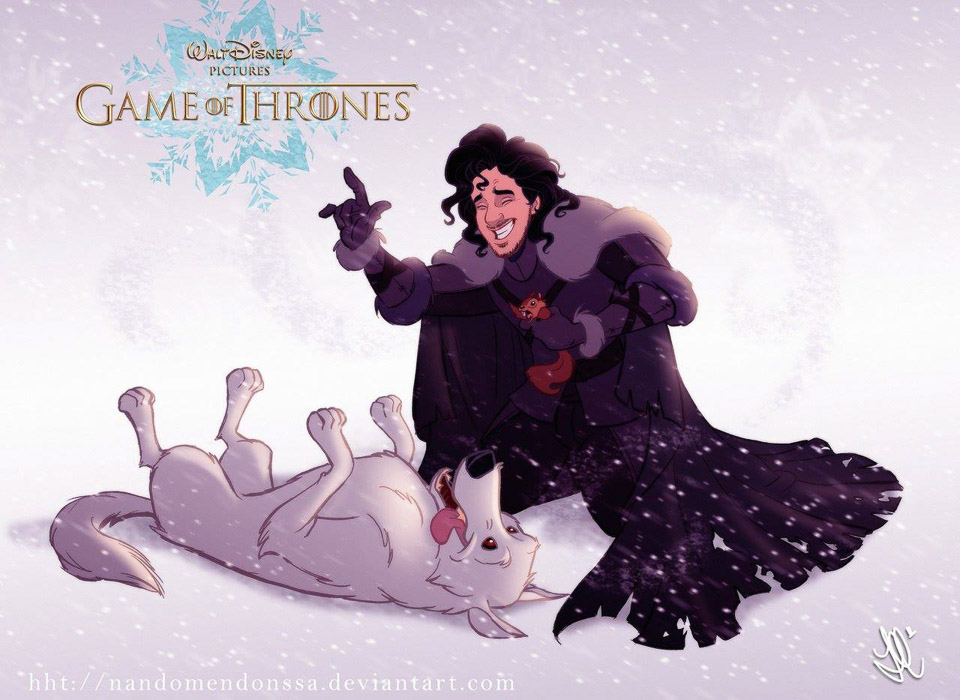 A great parody is a thing of beauty, but it’s really hard to pull off. It takes timing, skill and originality. Brazilian artists Anderson Mahanski and Fernando Mendonca nail all those marks in their terrific visual mashup of Games of Thrones seen through the eyes off Disney illustrators. 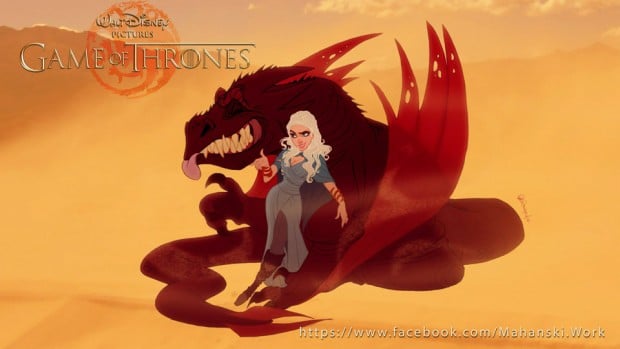 The pair has produced a dozen images that are an hysterical sendup of the mega-popular and decidedly dark show. My favorites are a gleefully smiling Jon Snow tickling a giant white wolf, the bald eunuch Varys delightfully communing with tiny bluebirds in the forest, and a tall, gaunt white walker who has seems to have been magically transported to the set of Frozen. 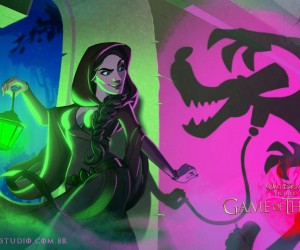 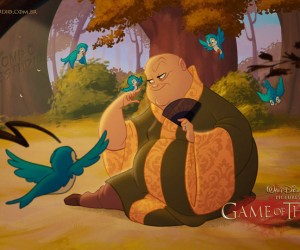 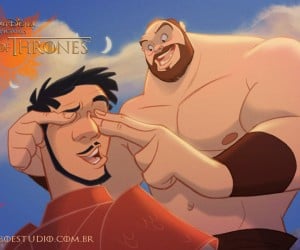 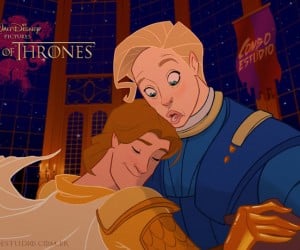 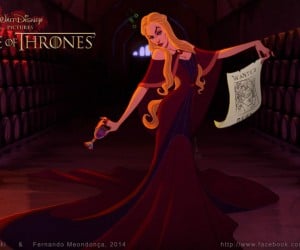 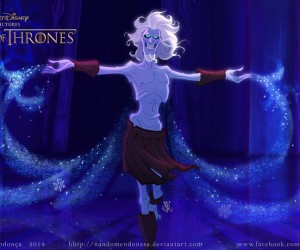 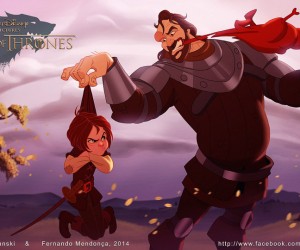 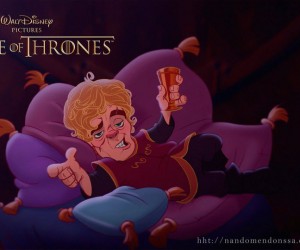 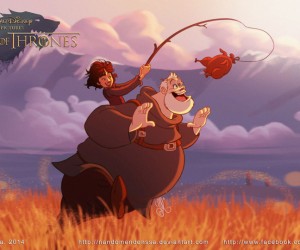 What would be a next great project for this talented duo to tackle? How about The Walking Dead reworked using some of the magic of Sesame Street?