A Shining Light from a Very Dark Show 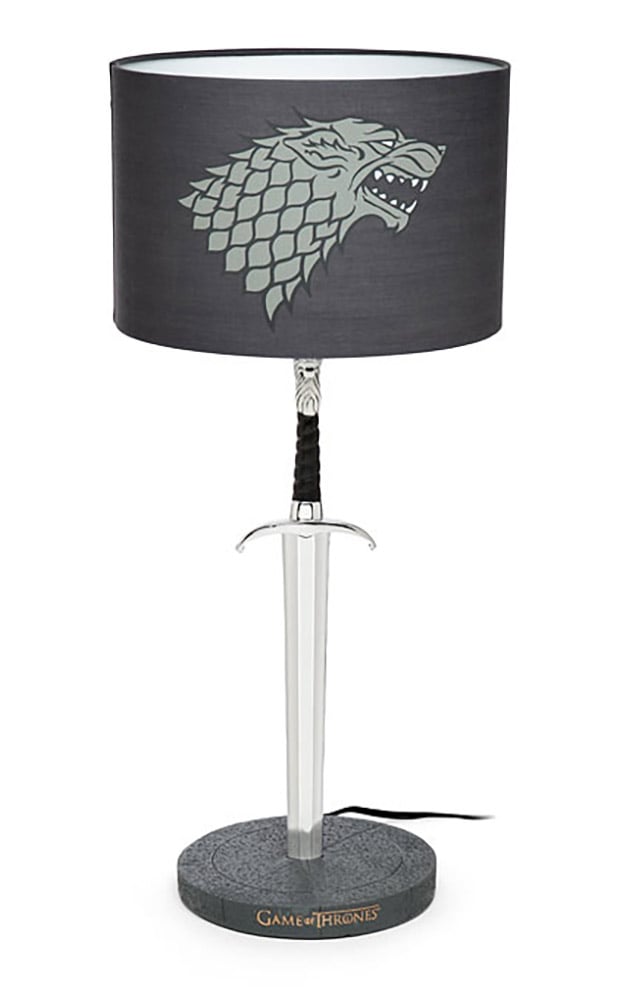 If you need to buy a gift for a massive Game of Thrones fan, this desk lamp would more than brighten up their day.

Its bold design features a replica of the Valyrian steel sword Longclaw jutting out of a solid gray base that reads Game of Thrones. For fans of the show they will notice that the pommel is a direwolf, not a bear, which means it is the version given to Lord Commander of the Night’s Watch Jon Snow after he saved the life of its previous owner, Lord Jeor Mormont of House Mormont, after Snow, bastard son of Lord Eddard Stark of Winterfell, saved him from an attack from a wight. On one side of the lampshade is a depiction of a growling dire wolf, and on the other side it reads ominously, “Winter is Coming / Stark”. 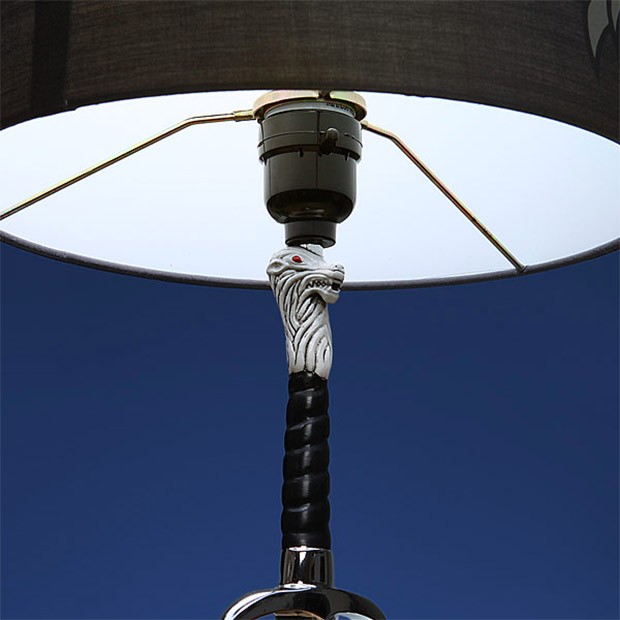 The lamp sells for $59.99(USD), and they designed it so it looks like you could pull the sword from the lamp and do battle with it. You can’t, but you don’t need to tell anyone that. 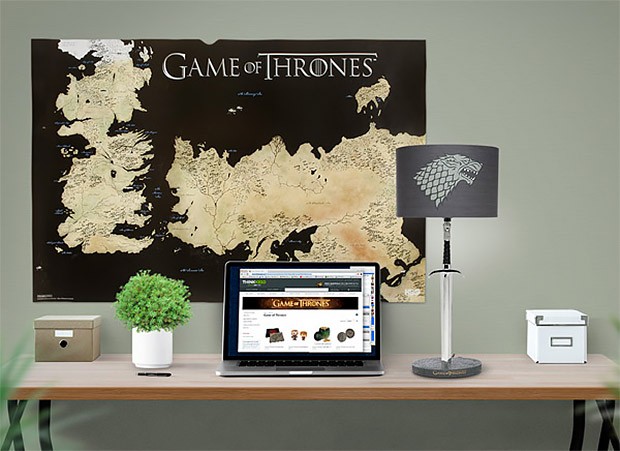