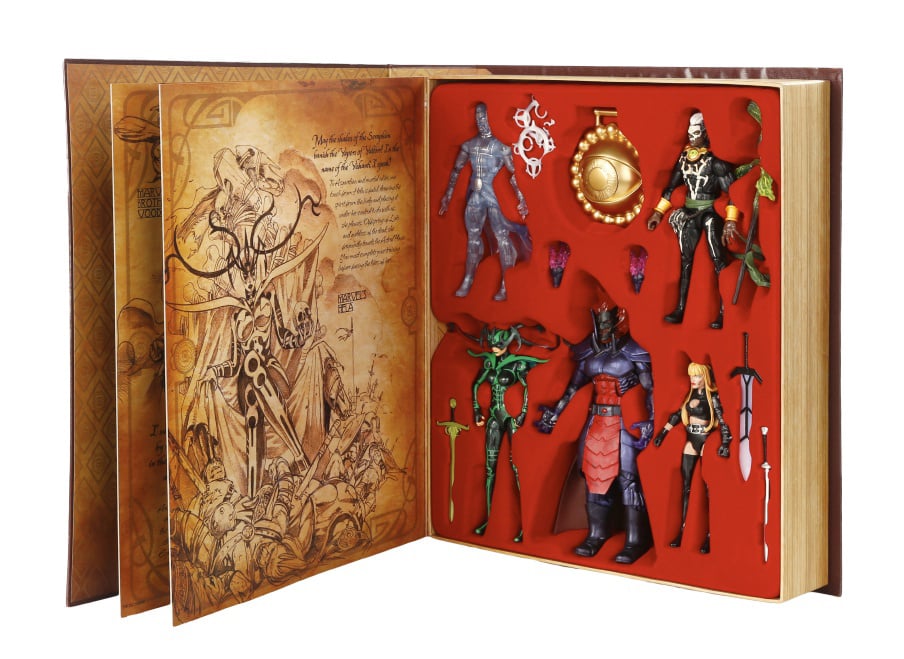 USA Today just unveiled one of Hasbro’s 2015 San Diego Comic-Con exclusives. It’s a set of Marvel Legends toys featuring 6″ figures of Doctor Strange in his astral form, Magik, Brother Voodoo, Hela and Dormammu, along with weapons or effects accessories for each figure. The set also includes a replica of Strange’s Eye of Agamotto amulet, and the toys are housed in a box that looks like the Book of the Vishanti, the Sorcerer Supreme’s tome of white magic.

Hasbro will be selling the Doctor Strange Marvel Legends set at SDCC for $100 (USD).