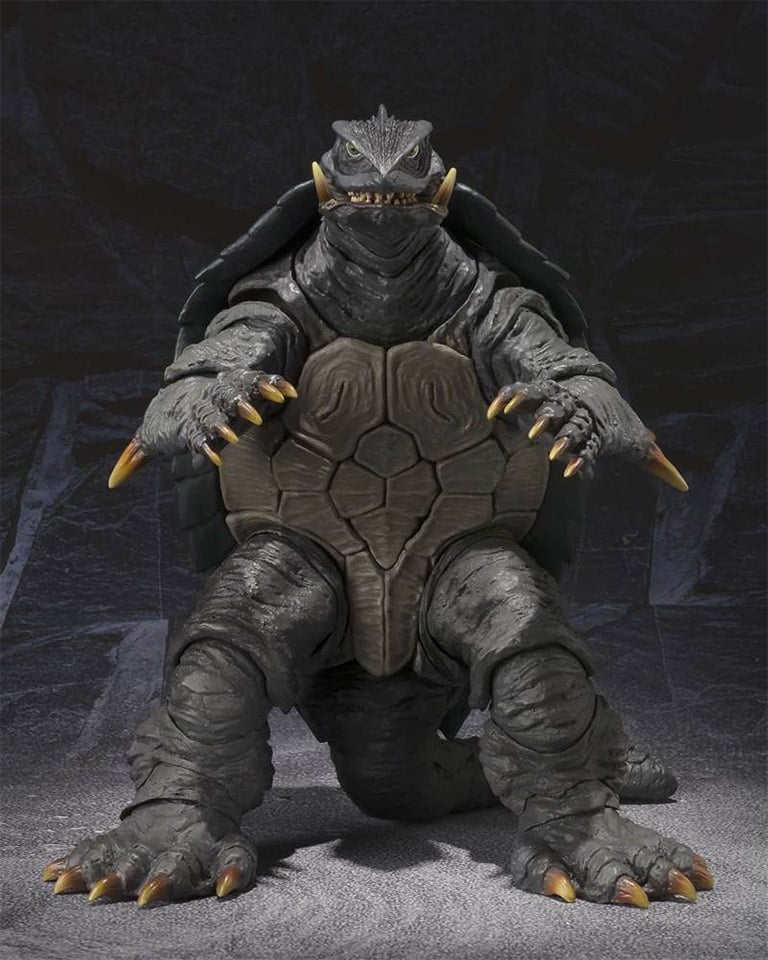 If you are a fan of the massive, fire-breathing Japanese monster turtle Gamera, you’ll definitely want to invest $90 on a new action figure based on his appearance in the 1996 flick, Gamera 2: Attack of the Legion. In the movie, Gamera does battle with hordes of extraterrestrial insects beset on destroying Tokyo (where else). But with all of the cool accessories that come along with this new toy, you’re be able to torch a lot more than just bugs. 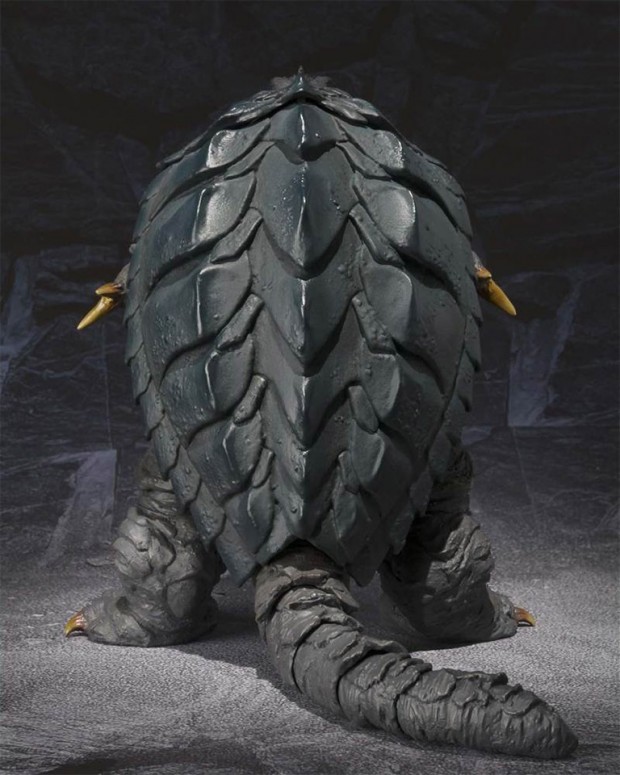 In the box, you’ll find giant streams of flaming plasma and stands you can use to position Gamera to fly through the air raining down death on all below him. All of his joints are super flexible, allowing you to pose him in any number of super menacing ways. The design is also extremely detailed, featuring amazingly realistic and textured tusks, teeth, tongue, shell and tail. You can also open his chest to expose his infamous plasma beam. 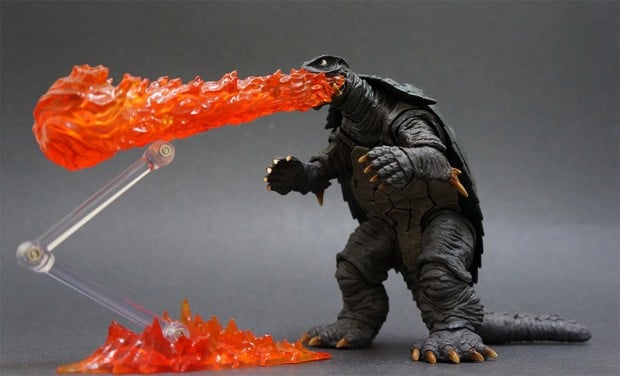 Too bad Gamera will probably never battle Godzilla because of copyright issues, because from the looks of this new toy, it would be a fiery fight to the finish. 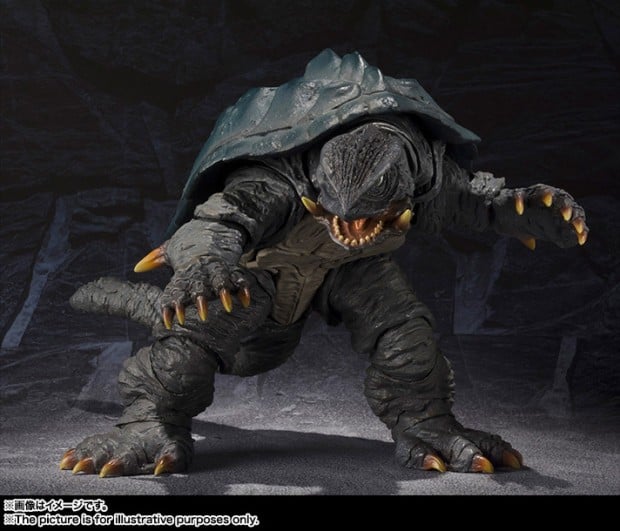 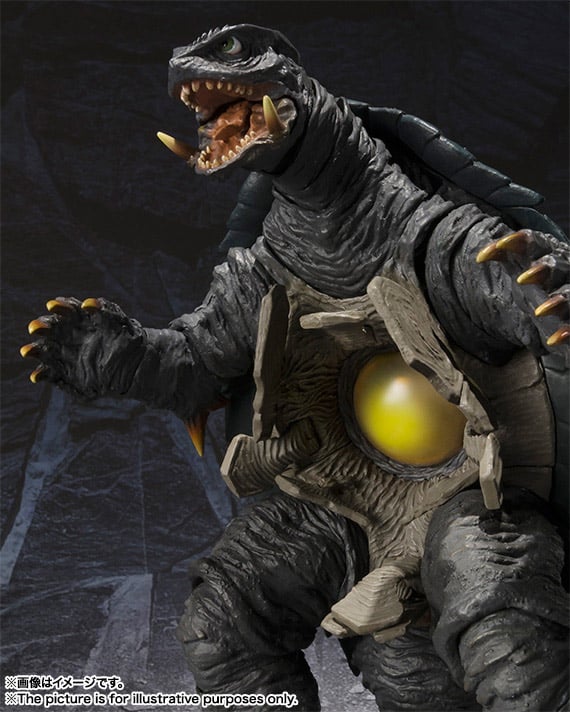 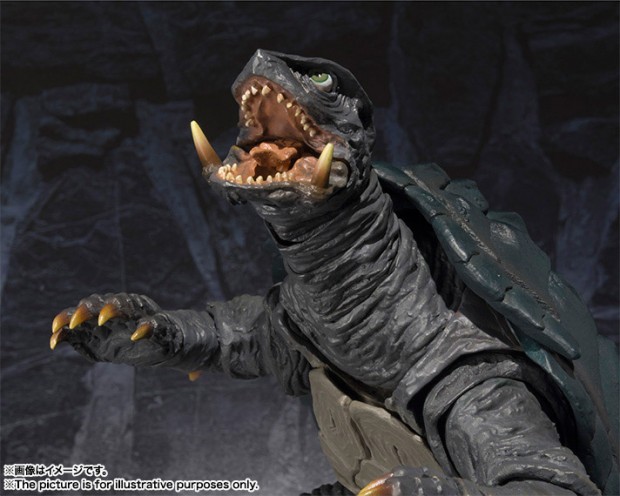 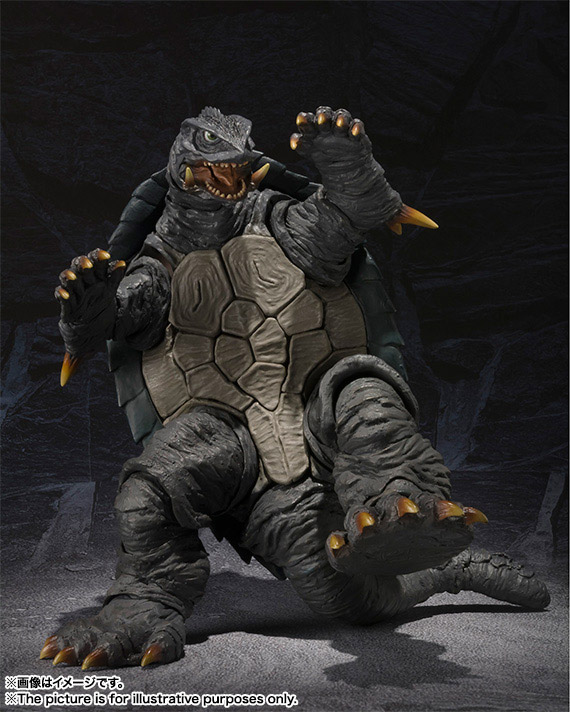 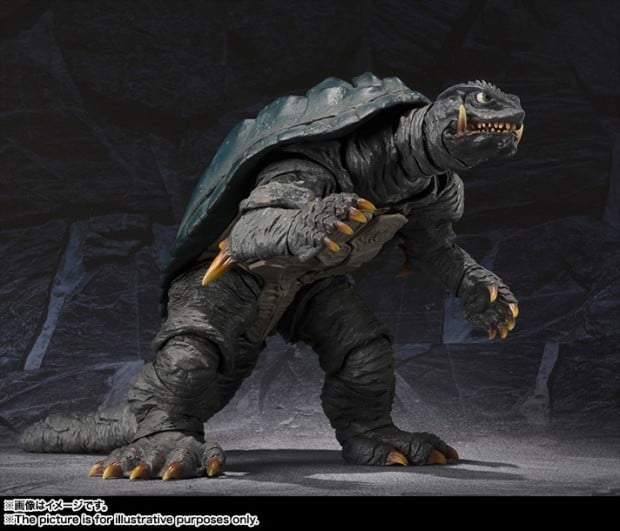