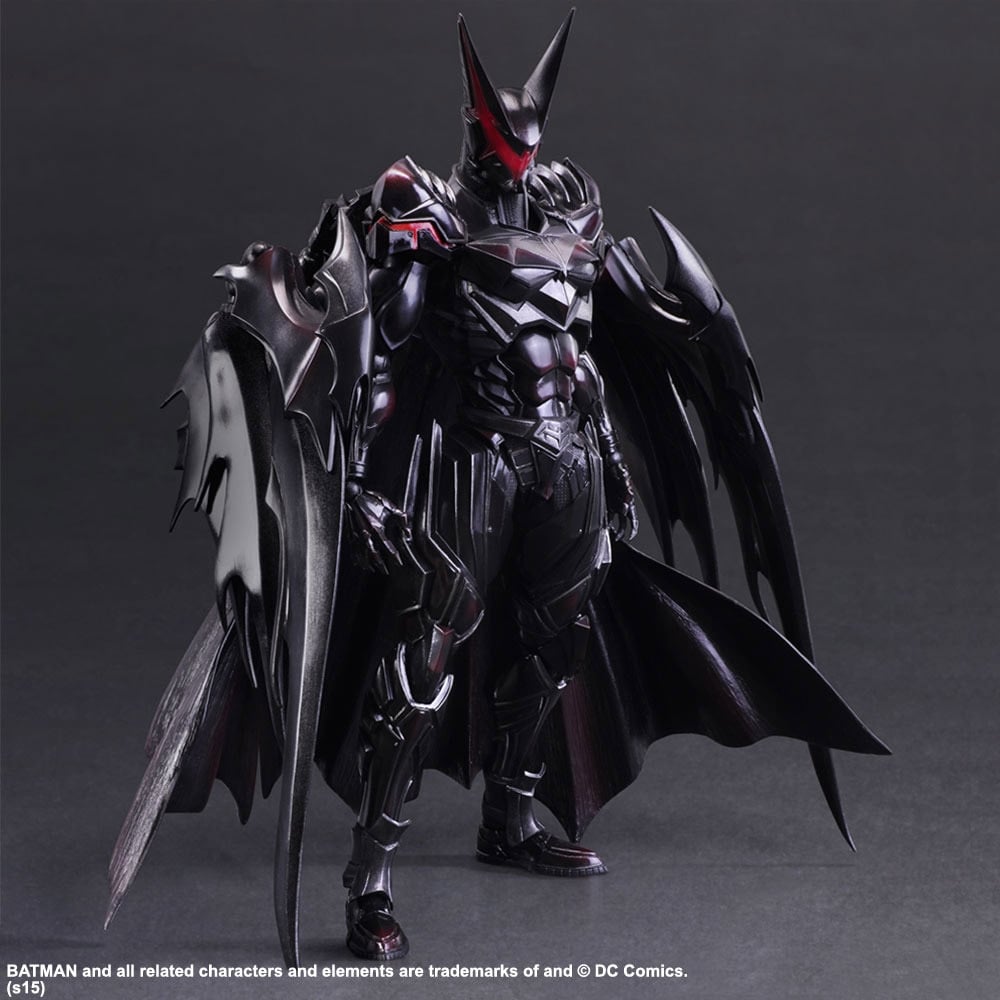 Square Enix has gone way over the top again with their latest Variant version. If you were wowed by what they did with their powerful and ingenious reimaginings of Darth Vader, Predator and Boba Fett, their latest take will make you see the Dark Knight in an entirely new light.

Designed by Tetsuya Nomura, this new Batman is much more angular and sharp-edged than his popular incarnations, with a helmet featuring two giant devil-horn like spikes that look a lot like a heavy-metal salute. But the wildest addition to the traditional version of Batman is another set of arms built into the super hero’s back. The massive appendages have hands with long, sharp talons that look like they could easily rip through just about anything. Other cool features include glowing red eyes, a jagged-edged cape that splits in two to resemble prehistoric dinosaur wings and a chamber in each leg where you can store a plethora of nasty looking Batarangs.

The 11-inch-tall collectible will be something tons of people will want to add to their action figure shelf, but the $249.99 price tag will undoubtedly scare a few people off. 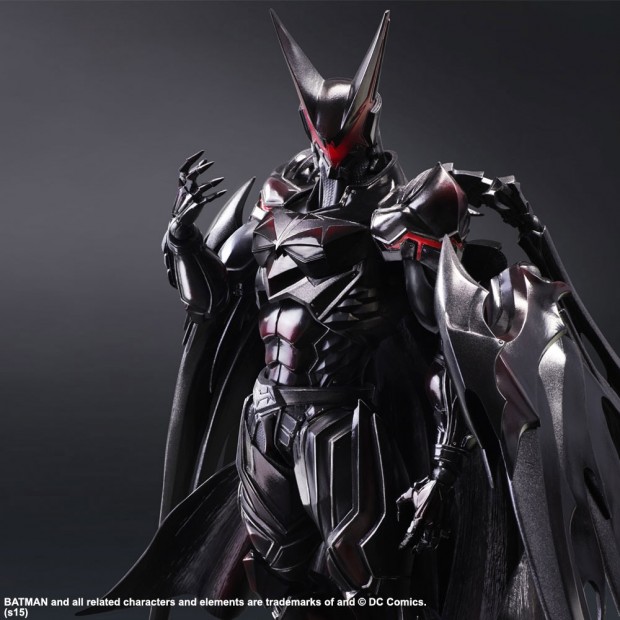 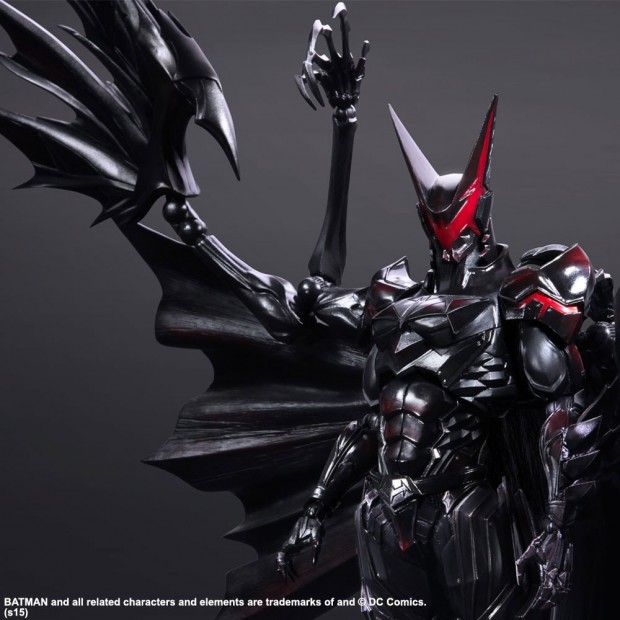 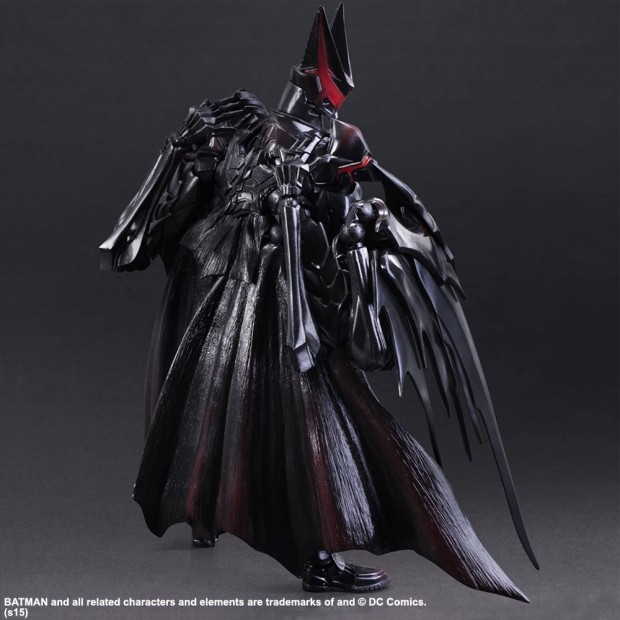 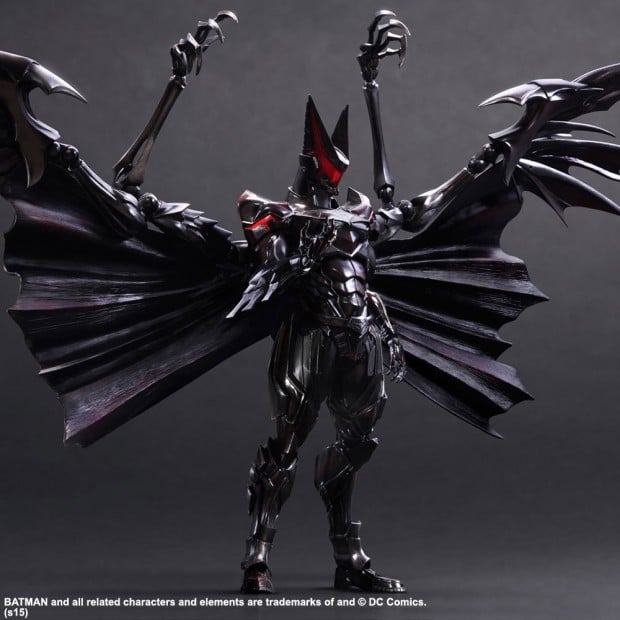 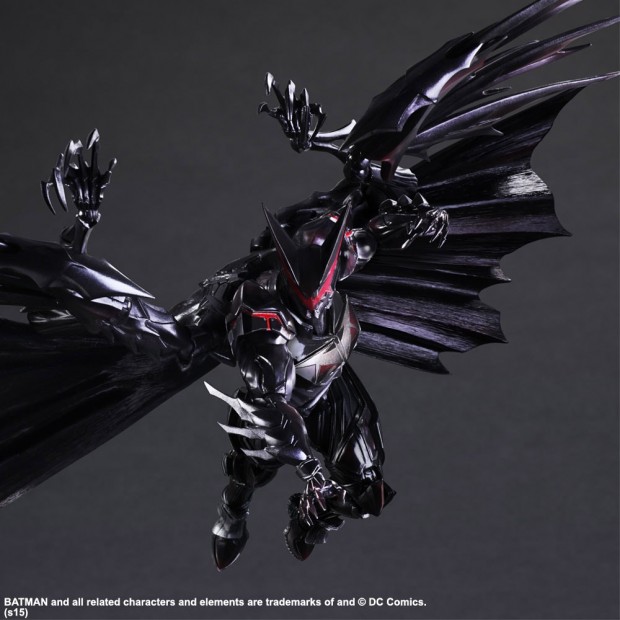 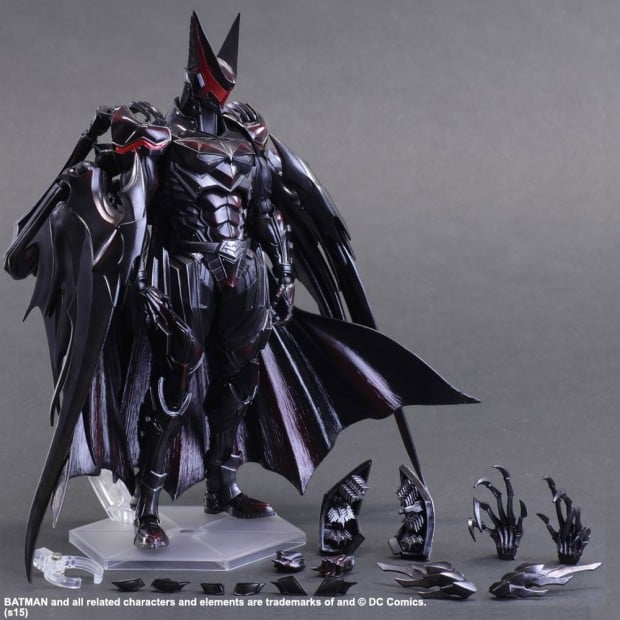