Last year, Jacksonville, Fla.-based HeroMe launched a successful Kickstarter campaign giving kids the ability to create customizable superhero action figures. The first round of figures were all male, and now the company is back with another Kickstarter effort focusing on female figures. 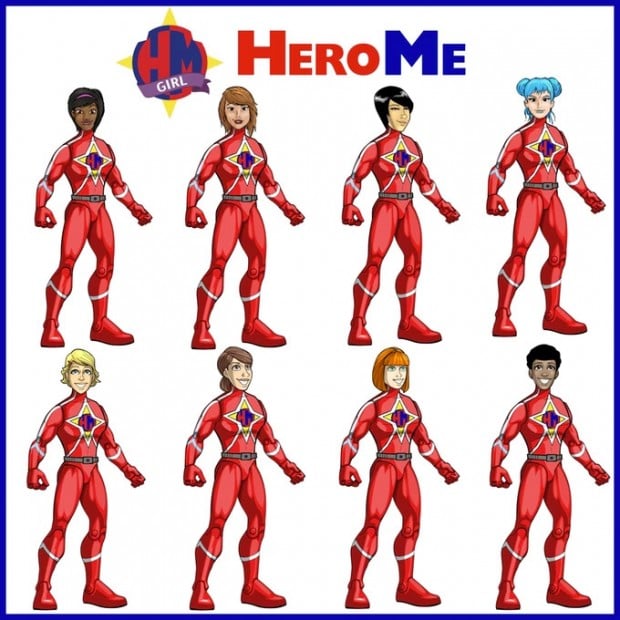 Called HeroMe Girl, it’s a very similar concept where kids can choose from different heads, arms and legs to make wildly inventive superheroes. My fave parts are an arm that comes complete with a mini helicopter blade attached to it and a leg whose foot is essentially a sledgehammer.

In their intro video, they explain that their HeroMe Girl collection is designed to avoid the stereotypical scantily clad, super curvy female action figures that have traditionally glutted the market. As they summarize, “HeroMe Girls are strong, confident and powerful… Let’s redefine the role of the female superhero.” Yes, let’s.