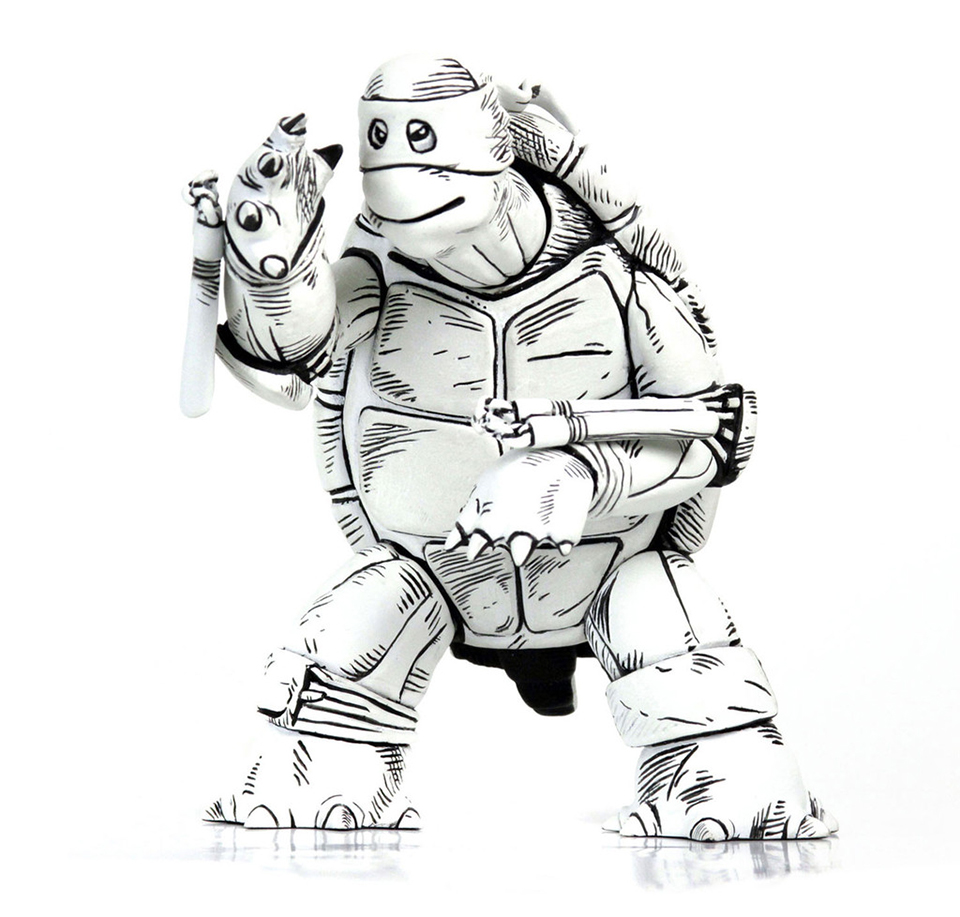 Here’s one of the coolest action figures I’ve ever seen. Mondo made a series of action figures based on the very first illustration of a Teenage Mutant Ninja Turtle, which was drawn by co-creator Kevin Eastman in 1984. The action figure is available in three color schemes, but the best one is undoubtedly this black and white version that looks like it popped out of a napkin sketch.

The other variants are both in classic green and brown, but one has an orange mask and the other has a red mask. Mondo Tees also released a deluxe version of the black and white action figure. It has three interchangeable heads with different mask colors – white, red and orange. Sadly all 300 units of the deluxe version appear to have been sold.

The action figures are 6.5″ tall, made of PVC and have 5 points of articulation. You can buy the Teenage Mutant Ninja Turtle First Turtle action figure from Mondo for only $65 (USD). 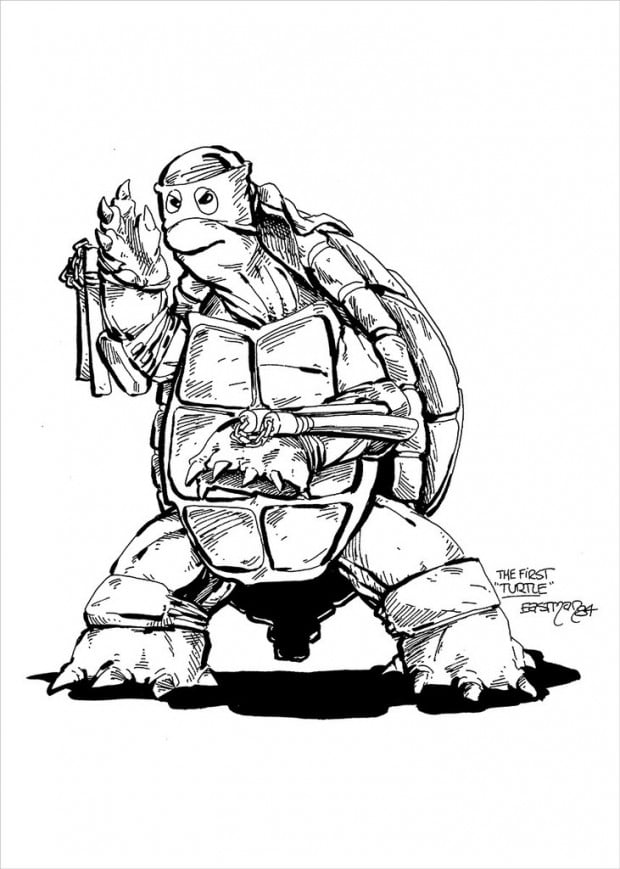 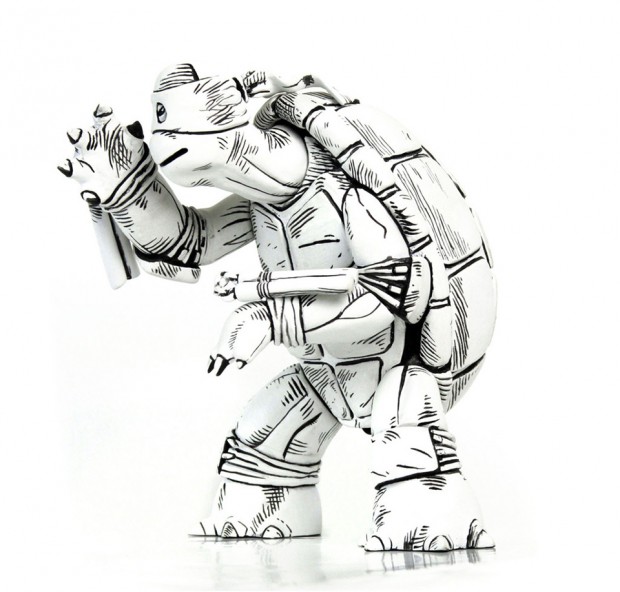 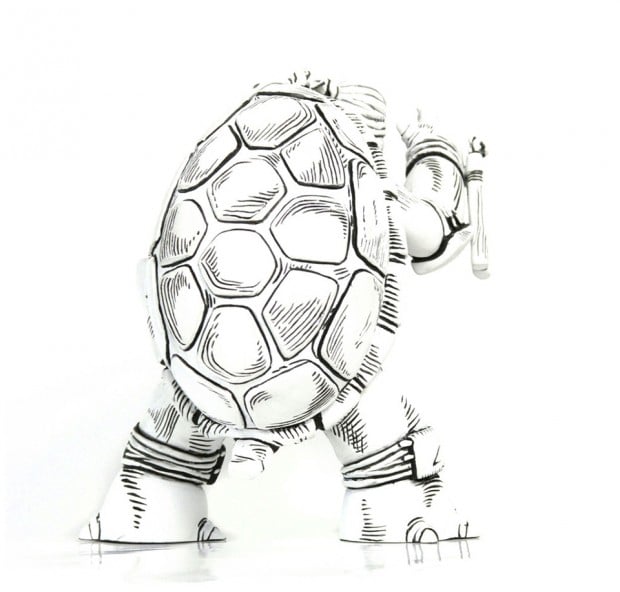 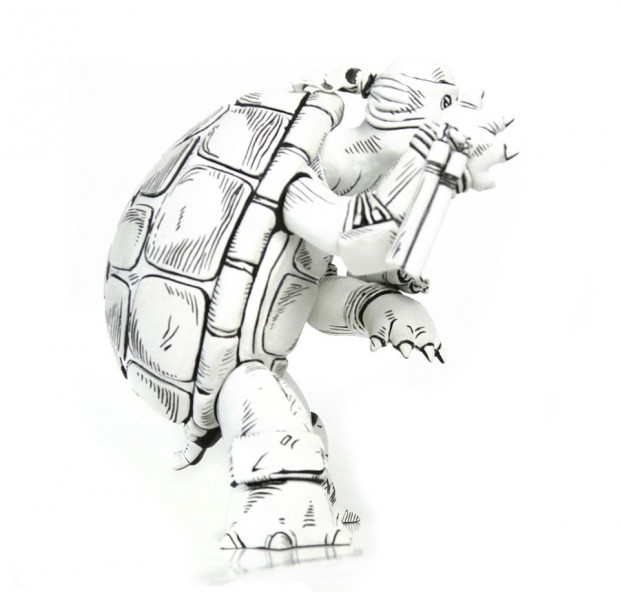 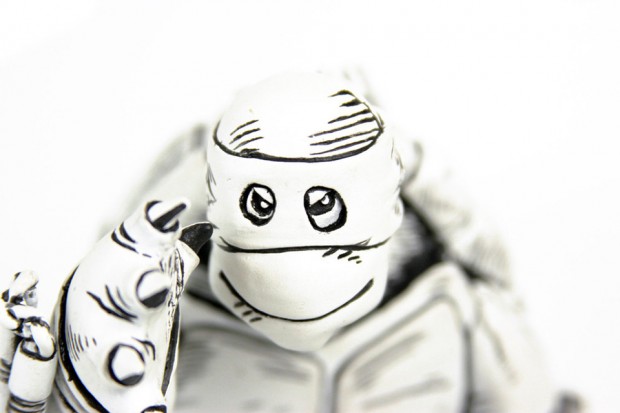 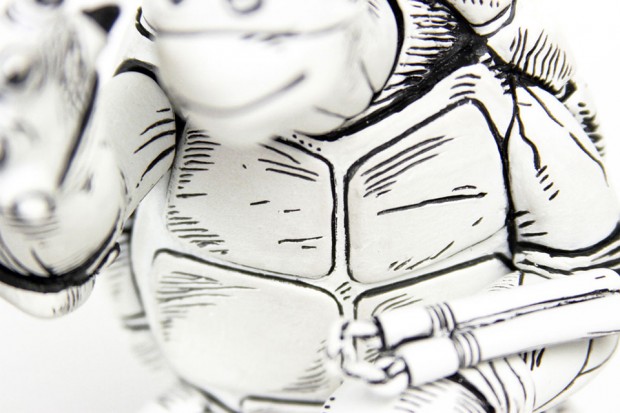 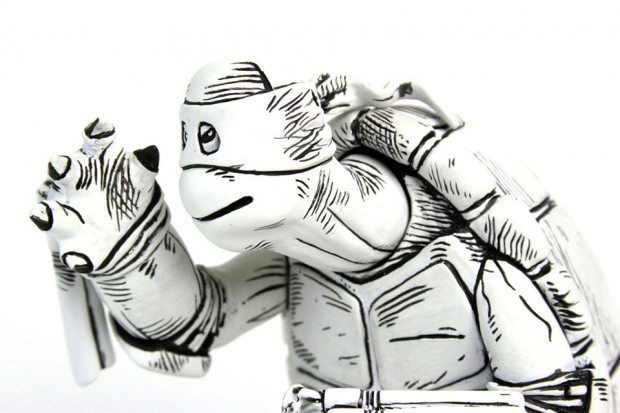 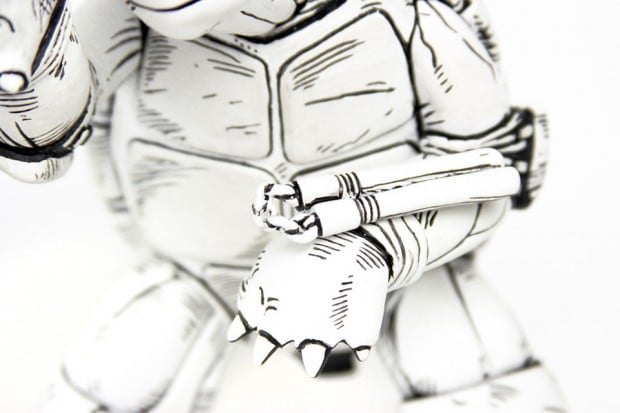 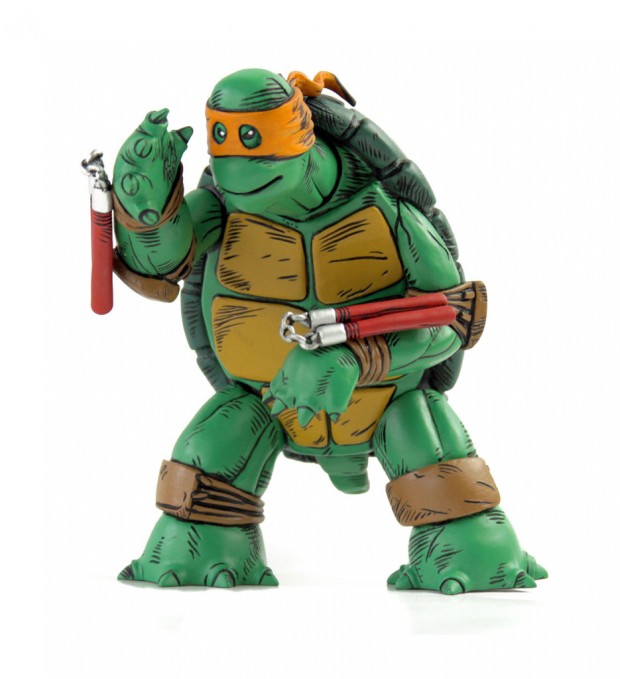 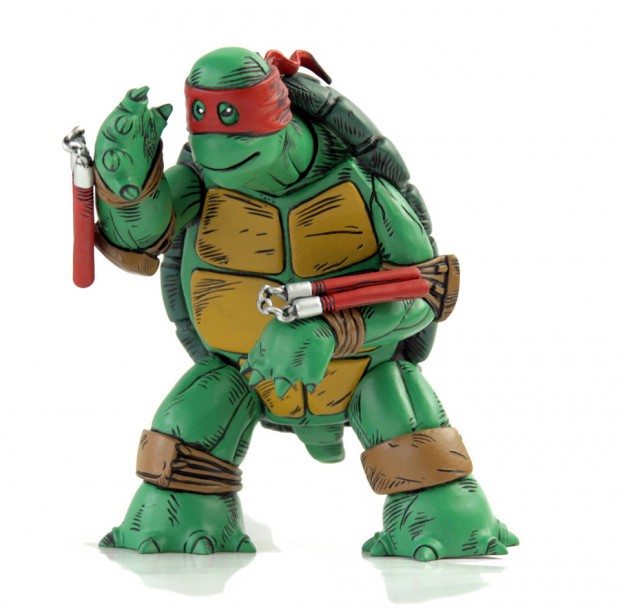