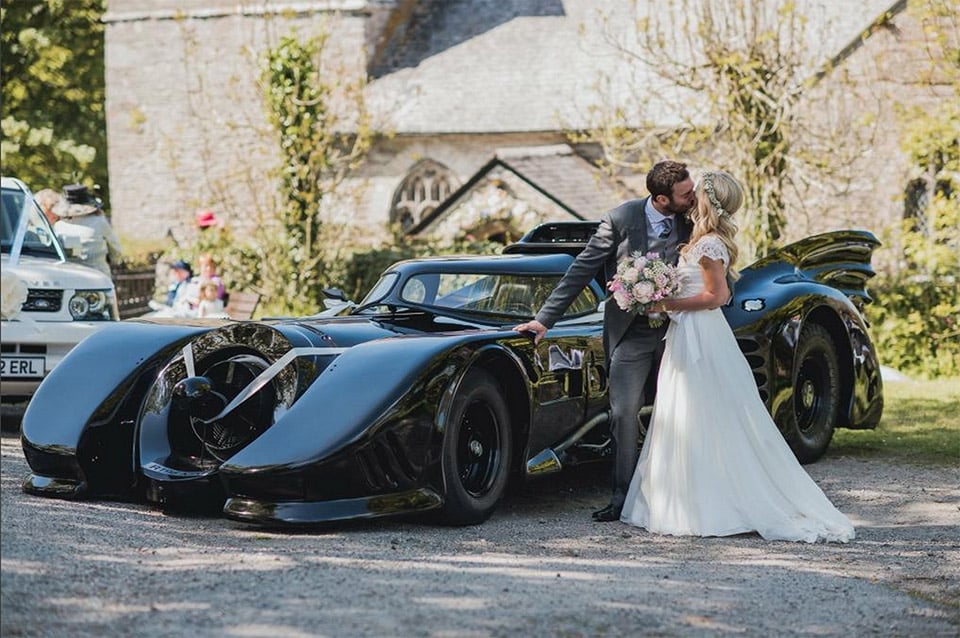 Talk about getting to the church on time.

In Britain recently, a young man named Will Curnow had some car trouble, and it appeared that he was going to be late to his own wedding. Then, all of a sudden, along comes the Batmobile. The iconic ride from the 1989 Tim Burton/Michael Keaton Batman stopped, asked if Will needed help, and then drove him the rest of the way.

And yes – it was an elaborate gag arranged by his brothers, who found a company that rented out famous rides for just these kinds of occasions. A childhood Batman fanatic, Will was obviously thrilled by the unconventional pre-wedding gift.

My question – what if he had been a big Wonder Woman fan instead? (This is a reference to the fact that it probably would have been a lot more difficult for Will’s brothers to have had him picked up in an invisible plane.)