The Cartoon Evolution of John Hurt 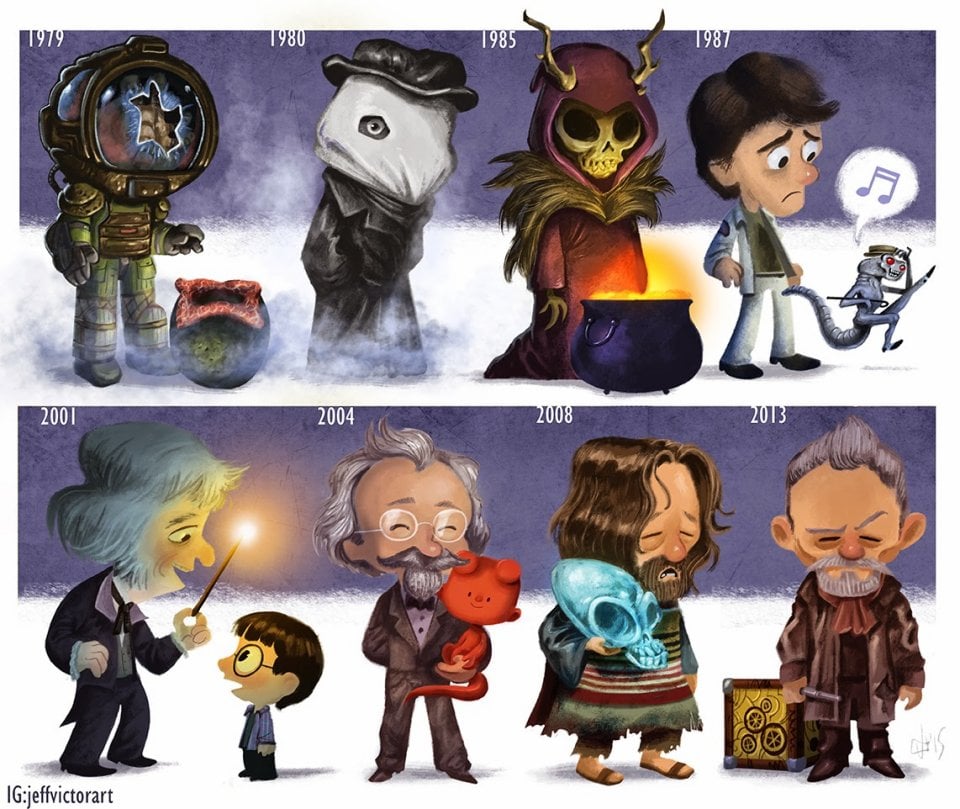 Some actors will work on any movie or TV show the can get, but starring in hundreds of movies doesn’t make you a good actor. Other actors who have starred in tons of movies are true thespians and impress you every time. Like John Hurt. The man is a legend and he has starred in a LOT of sci-fi movies over the years.

Artist Jeff Victor paid tribute to the man and some of his most memorable performances in the latest illustration in his “Evolution of” art series.

Here’s what Victor has to say about his illustration:

“One of the most versatile and talented thespians of his generation, John Hurt has been turning out one amazing performance after another for decades. Probably best known as Kane, the first victim of the xenomorph in Alien, he’s well known to a whole new generation of younger viewers from his roles in movies like Harry Potter, Hellboy, and Indiana Jones 4. This is my tribute to a brilliant actor.

UPDATE: Got an email this morning from John Hurt’s personal assistant. Apparently he saw the illustration and wants a print. Ok, that just completely made my day! O_O”