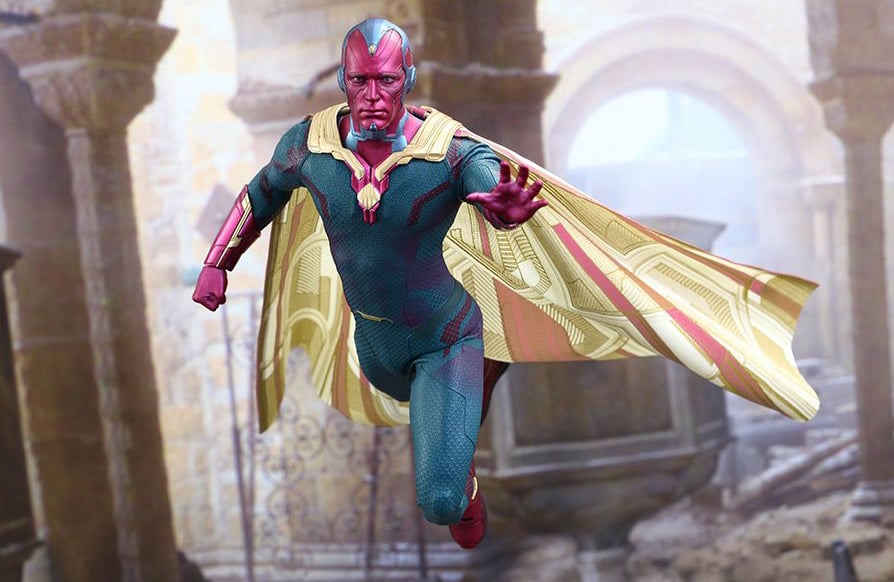 Better late than never. Hot Toys has finally unveiled its 1:6 scale Avengers: Age of Ultron Vision action figure. As always, Hot Toys’ sculptors got Paul Bettany’s character right, down to the tiny grooves around his face. The toy also comes with a reference to one of the scenes and in-jokes in the movie, which means this post contains a minor spoiler. Consider yourself warned.

The Vision action figure stands about 12.4″ tall and has 30 points of articulation. It comes with eight interchangeable hands, and a diecast scale model of Thor’s Mjolnir. It also has a stand with Vision’s name and the movie’s logo on it. You can pre-order the action figure from BigBadToyStore for $220 (USD), but it won’t ship until Q4 2015-Q1 2016. 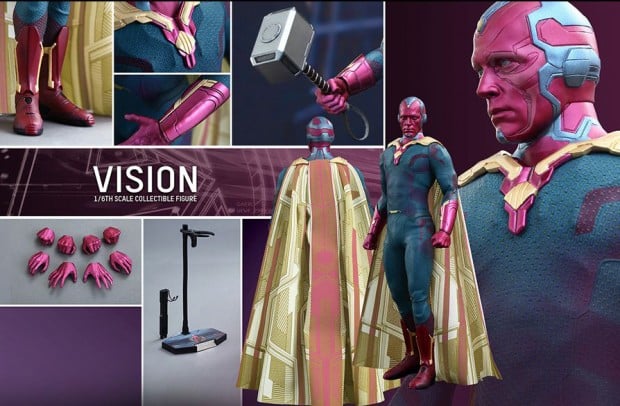 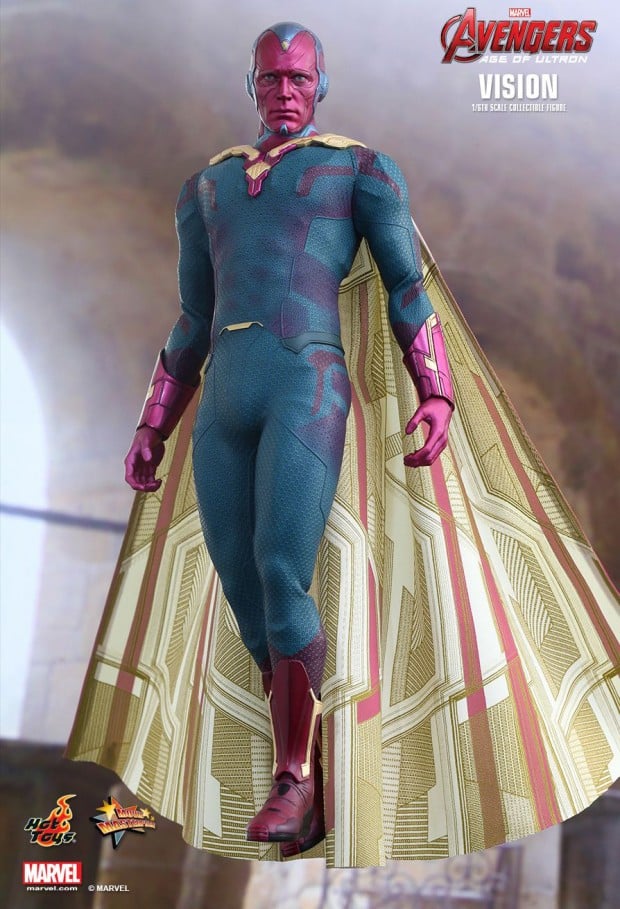 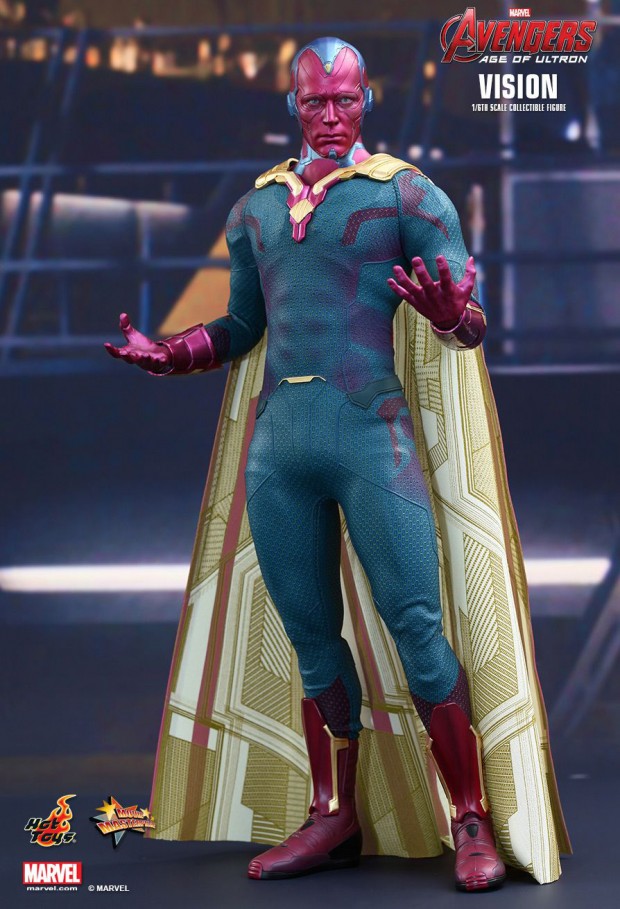 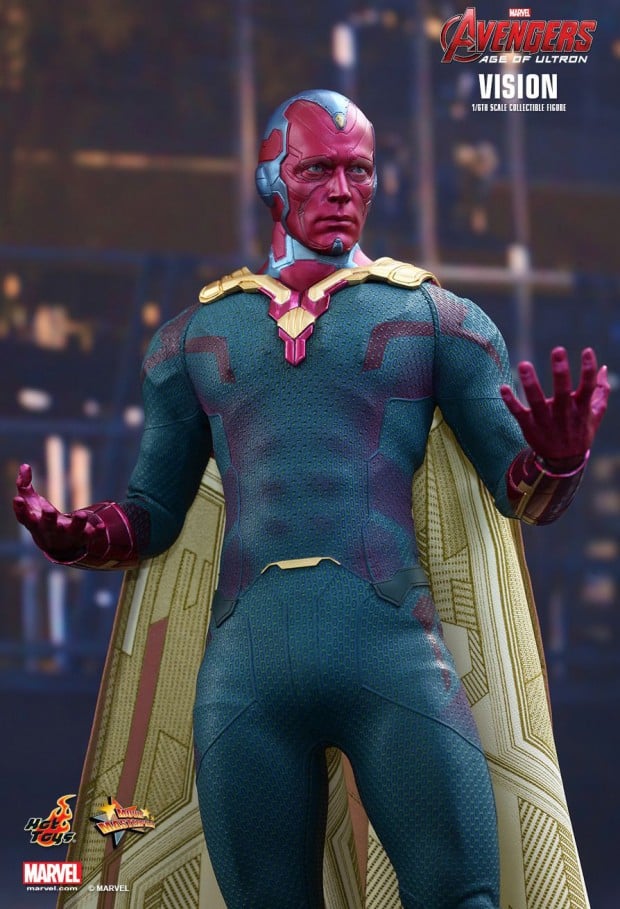 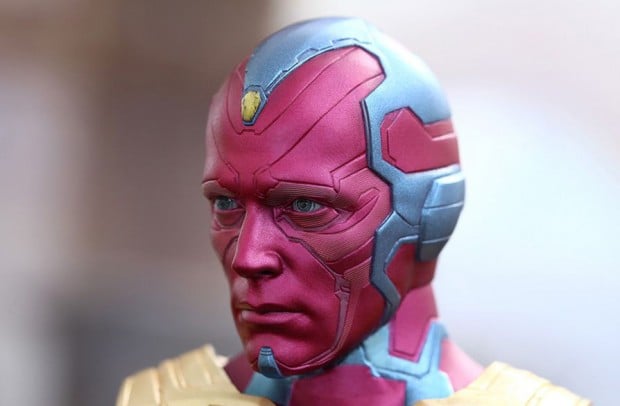 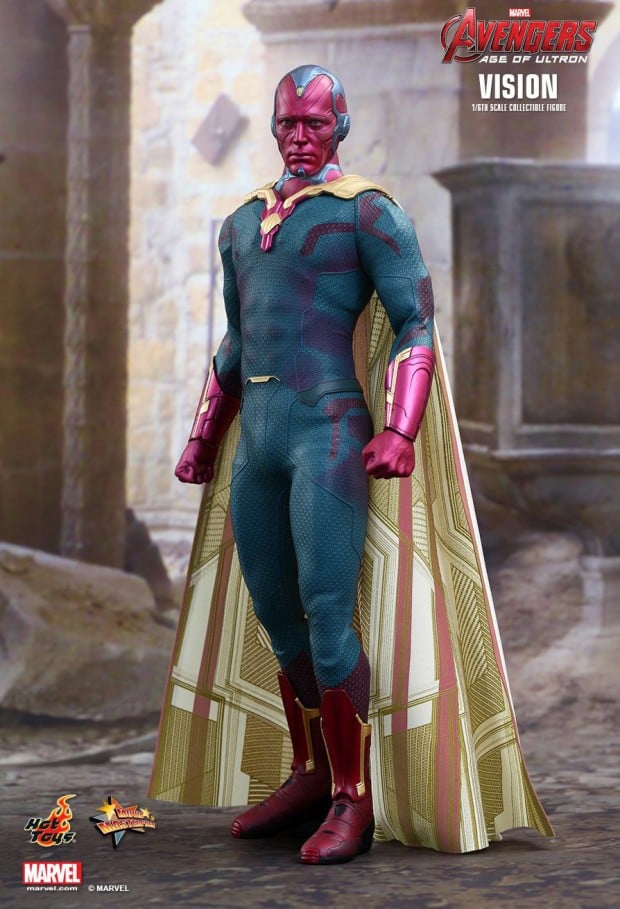 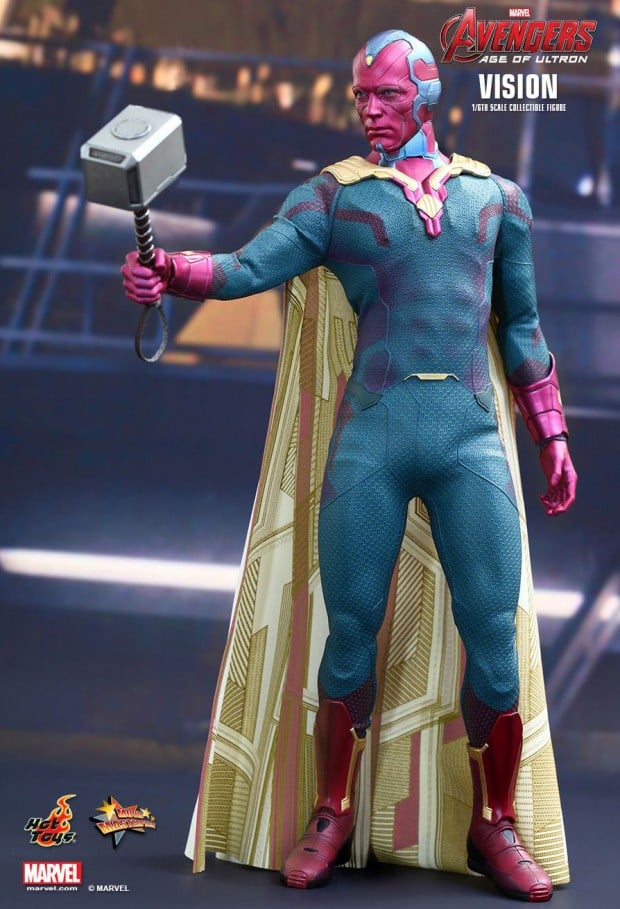 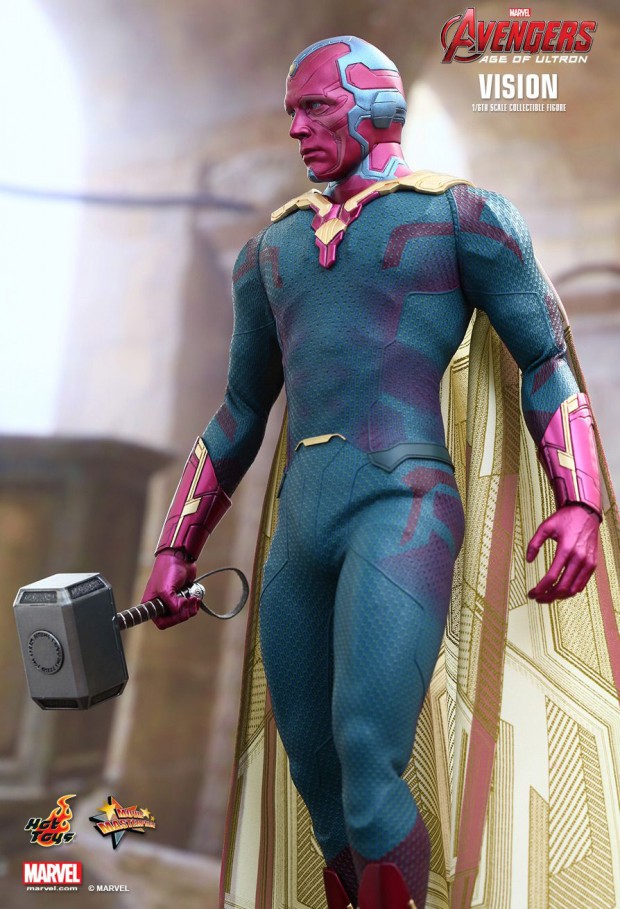 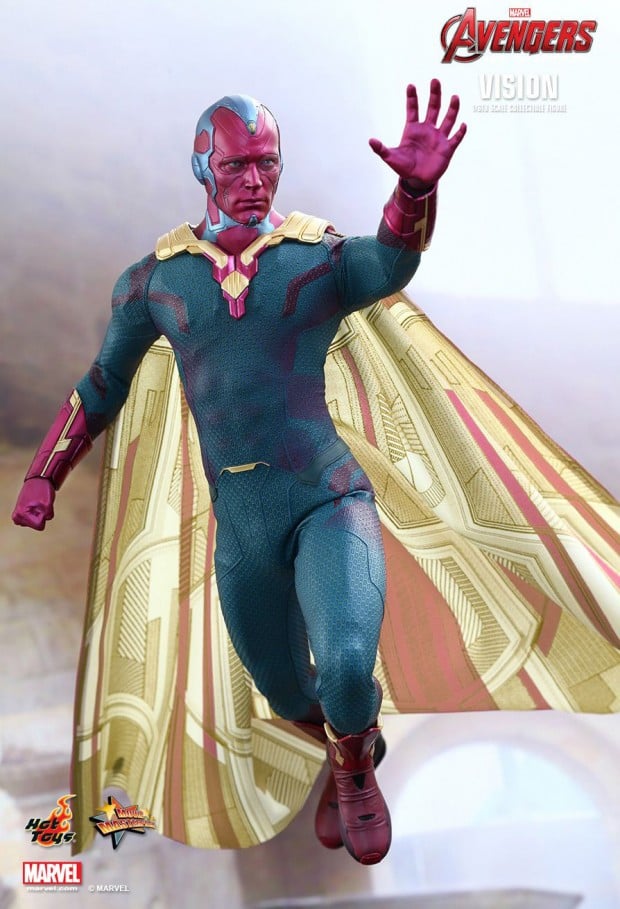 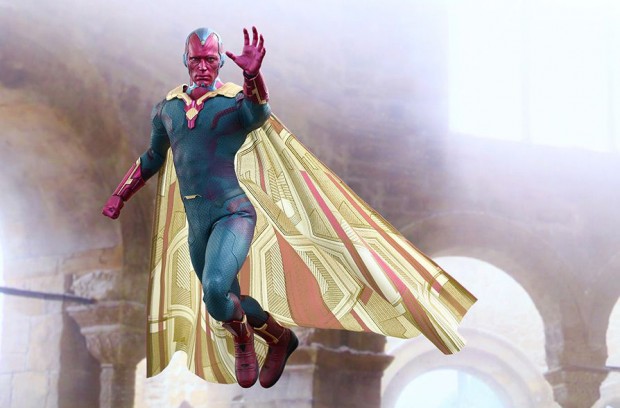 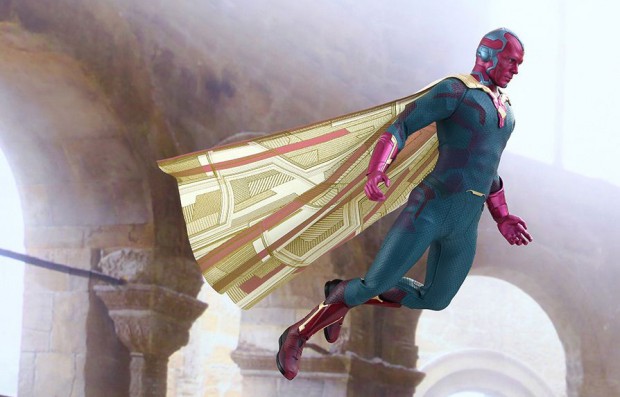 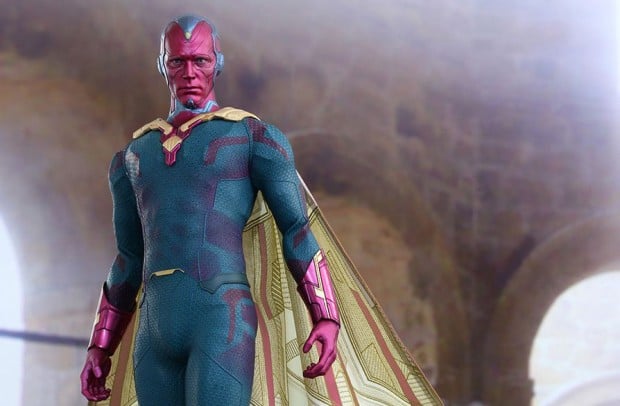