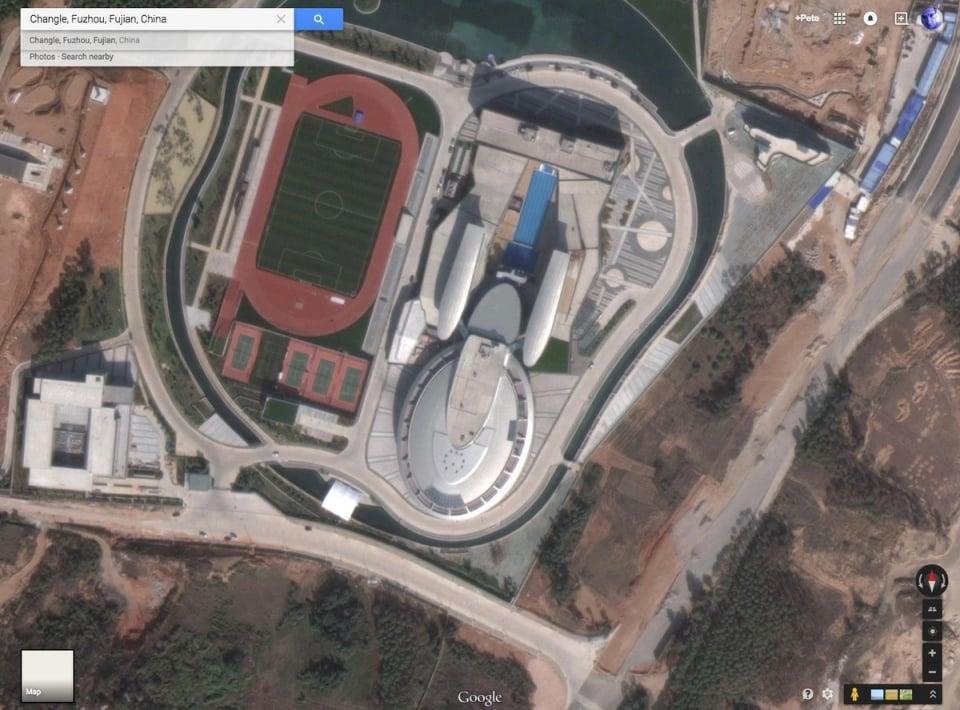 Imagine if you were rich and could make your office building look like anything you wanted it to. Well, one man has done just that. This building in China looks almost exactly like the USS Enterprise when viewed from above. From the ground it pretty much just looks like a cool and curvy building, but not that out of the ordinary.

The building is the headquarters of NetDragon Websoft, a Chinese gaming and mobile Internet company. The company Chairman Liu DeJian is apparently a huge Star Trek fan and actually licensed the rights from CBS to build this thing. Construction began in 2008 and was finished in 2014. It cost $160 million.

When does it take flight and head into space? And does he have uniforms for the crew?