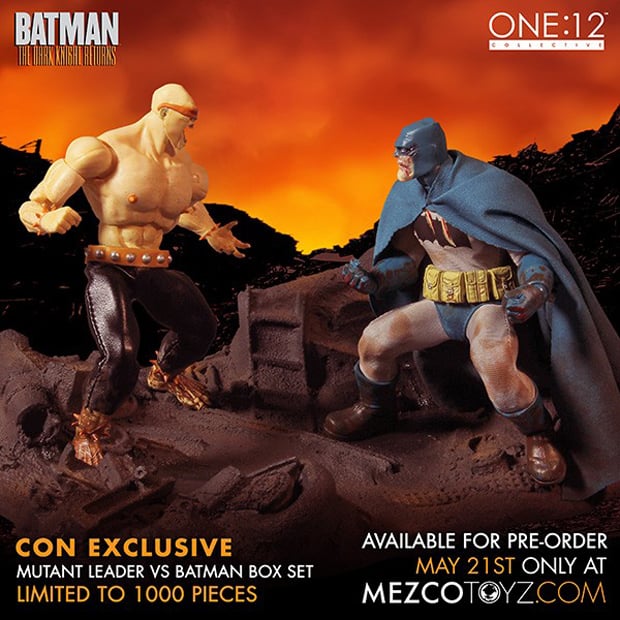 The pièce de résistance of Mezco Toyz’s 2015 San Diego Comic-Con lineup comes with one of the best Batman action figures I’ve ever seen. Limited to 1000 units, the One:12 The Dark Knight Returns Deluxe Boxed Set references round one of the classic fight from Frank Miller’s eponymous masterpiece between the Mutant gang’s leader and a proud and old Bats, who would’ve died then if not for the help of a sidekick he didn’t know he had – Carrie Kelley, perhaps the only sane person in that story.

The set features a severely beat up Batman. There are stains, cuts, holes and stitches all over his cloth costume, as well as his gloves and boots. His mask is broken and his lip is a mess. He also comes with an extra pair of hands.

Meanwhile, the Mutant leader has hilariously erect nipples, just like in the comics, and dots of dirt and mud sprayed all over him. He also has his rusty crowbar, and Batman’s knock out foam sculpt fits over his face. Both action figures have over 30 points of articulation.

Rounding up the set is a 10″ long polystone Gotham City Junk Yard base, where of course the two characters fought in the comics. All in all I think this is an absolute steal at $150 (USD). You can pre-order it straight from Mezco Toyz. 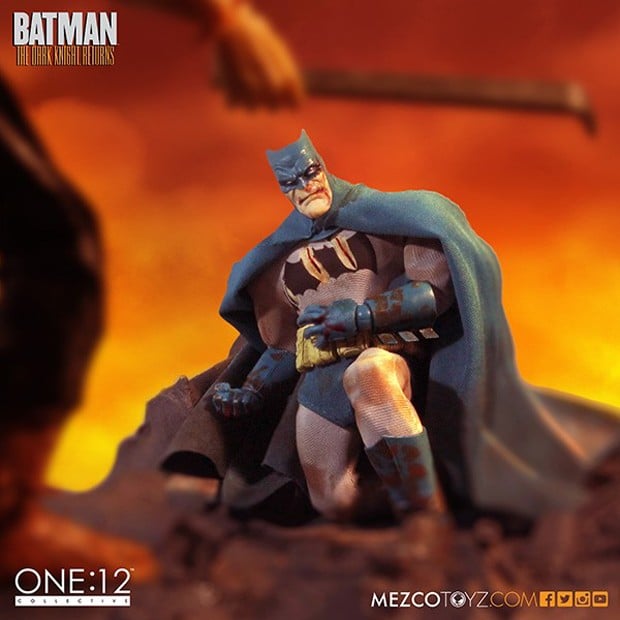 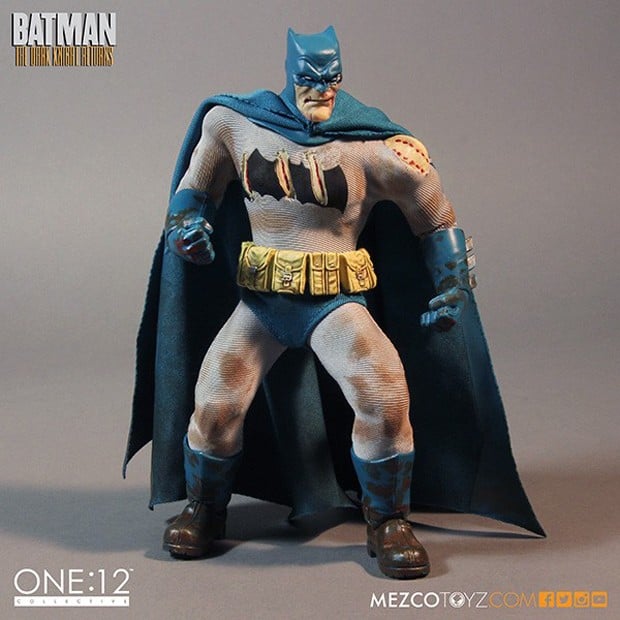 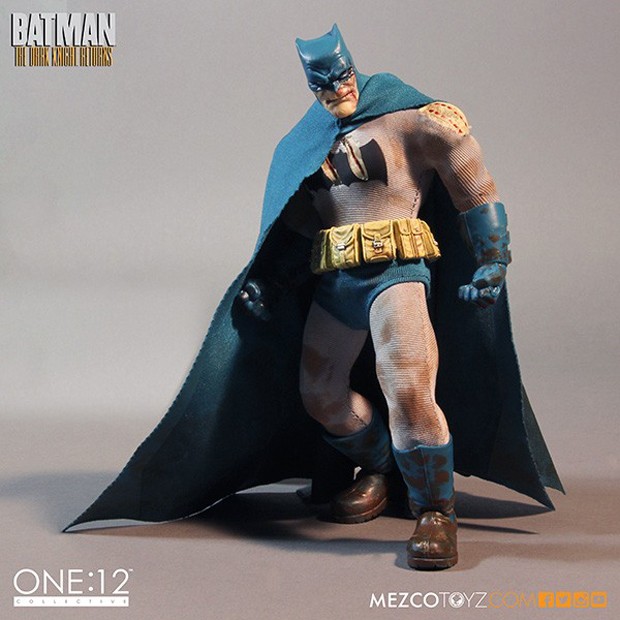 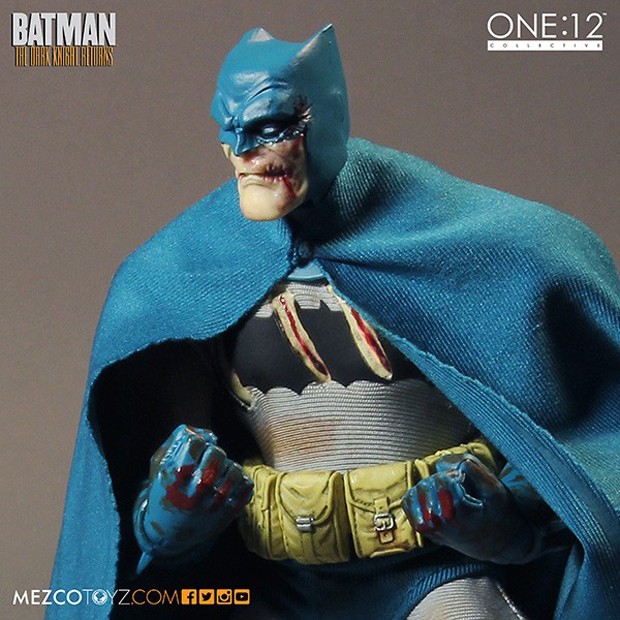 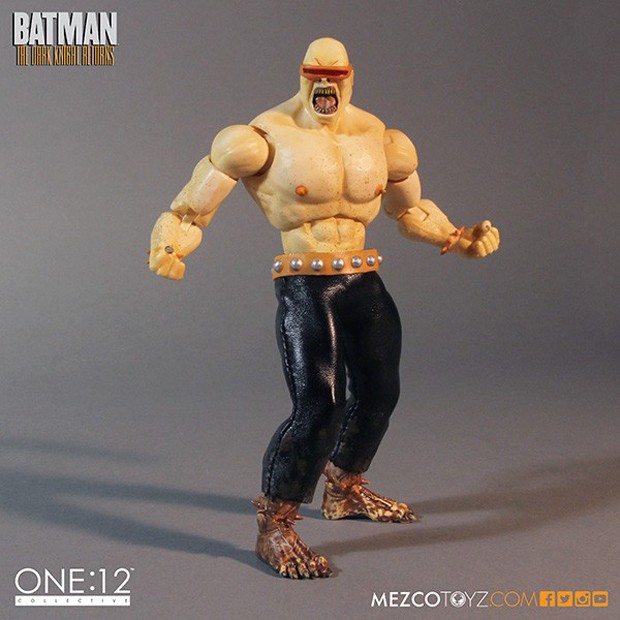 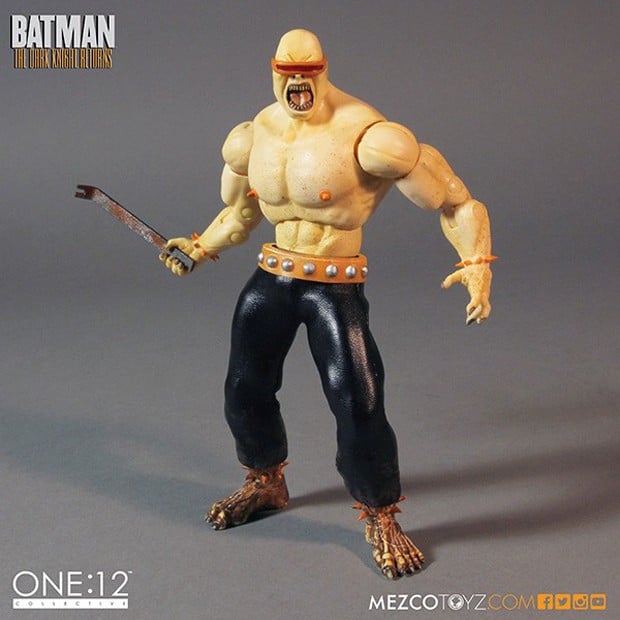 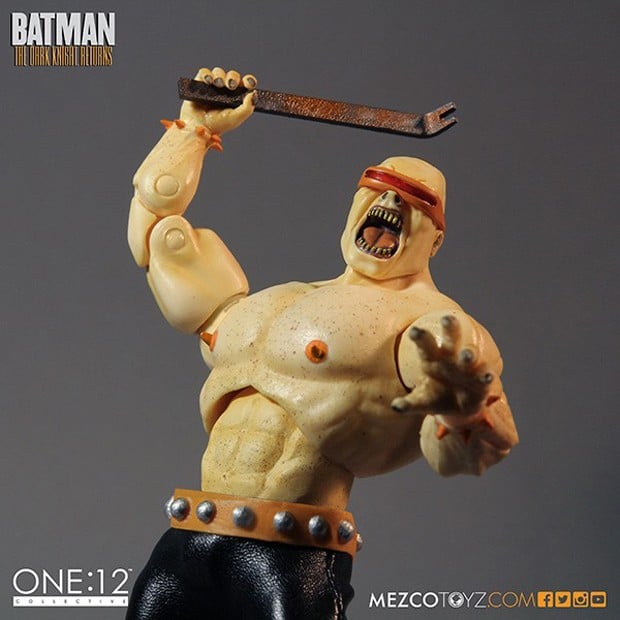 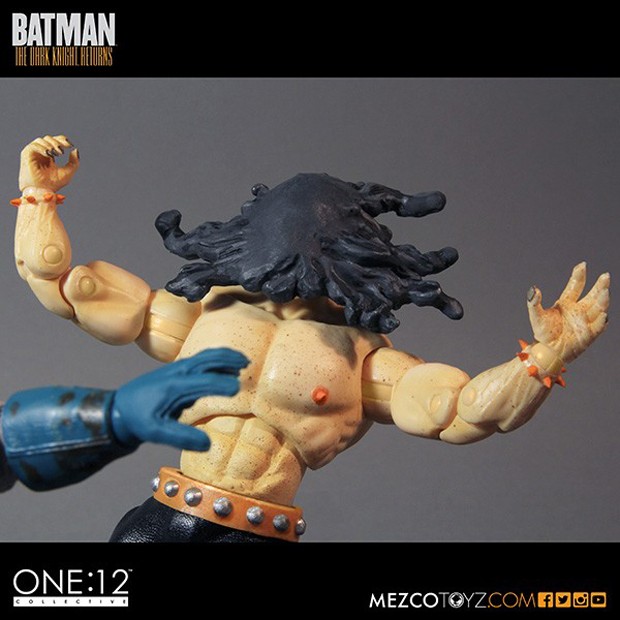 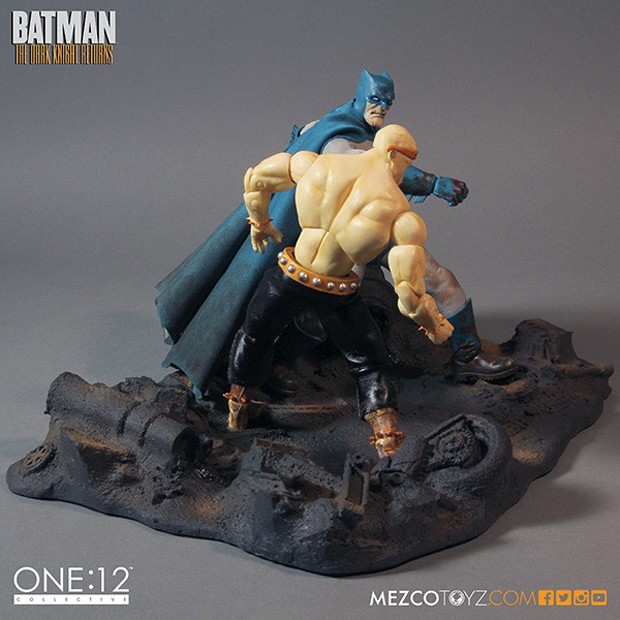 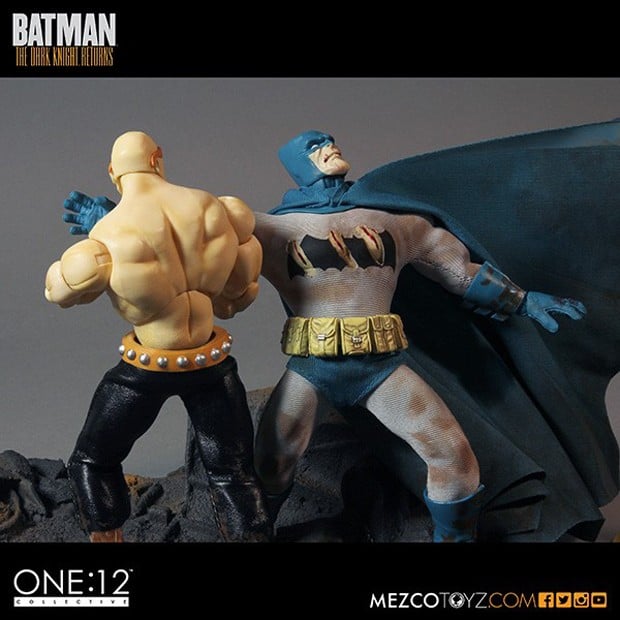