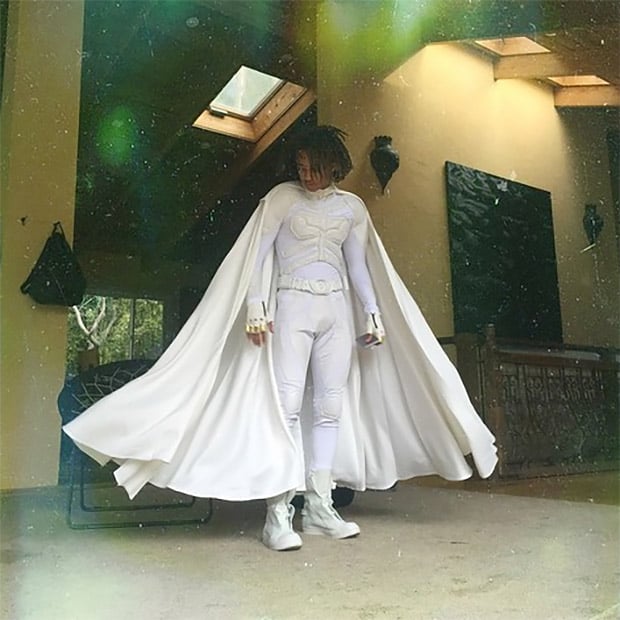 When I attended my high school prom, I at least did not wear a light blue tux and a ruffled shirt. Instead, I donned an ill-fitting, simple black rental that was both boring and uncomfortable.

Jaden Smith, son of film icon Will Smith and a star in the making himself, did not have to deal with such fashion issues when he recently attended his prom. While he was clad in all white, it was anything but a typical tux. The custom-designed outfit looked a lot more like a superhero’s crime-fighting costume than anything you would ever see at this kind of high school ritual. The elaborate duds included a skintight suit, combat boots, a chest plate, a seemingly butterfly-inspired mask and an awesome long cape. 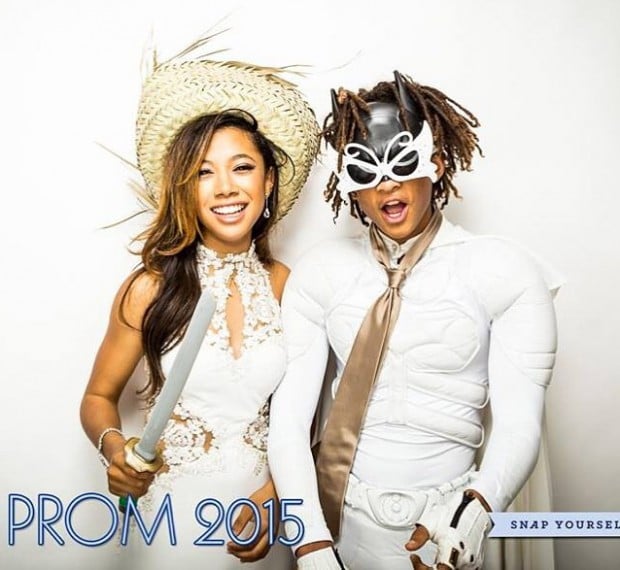 Jaden has already proven himself to be quite savvy and calculated about promoting his career, so I have a theory about his super prom tux. I believe in the next month or so, we’ll be seeing ads and viral media promoting the rise of a new movie superhero – and one that happens to look a lot like Jaden did at his prom. My suggestion for a name – The White Delight.