The Washington D.C.-based Museum of Science Fiction does not yet have a permanent home, but that isn’t stopping it from getting off the ground with its first exhibit. The organization is currently running a Kickstarter campaign to help it raise funds for its first showing, which will take place starting in July and be housed at the Reagan National Airport in our nation’s Capitol. 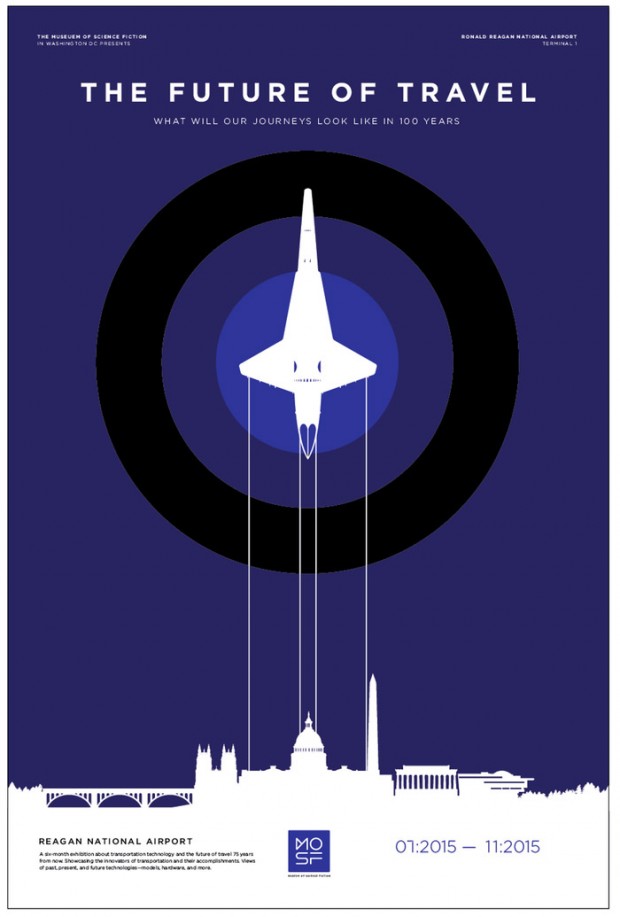 The exhibit will be called The Future of Travel, and its centerpiece is a large-scale model of the iconic Pan Am Orion III Spaceplane from 2001: A Space Odyssey. 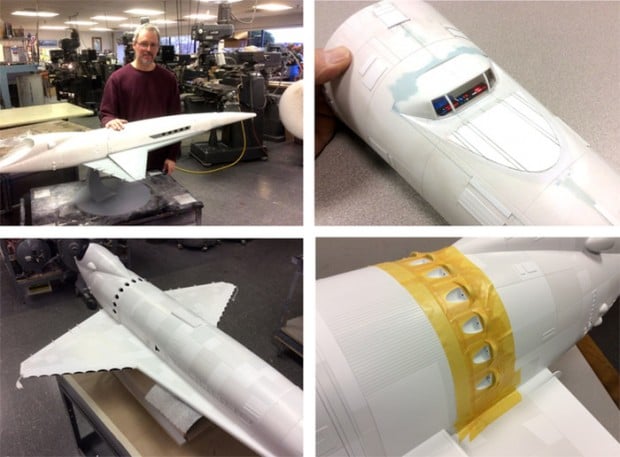 Also on display will be a series of really cool retro-futurist travel posters created by Steve Thomas. They look a lot like the vintage travel posters you see show up on the Antiques Roadshow for big bucks, but instead of advertising things like visiting the Riviera, these plugs trips like skiing on Pluto and taking a submarine beneath the ice of Neptune. 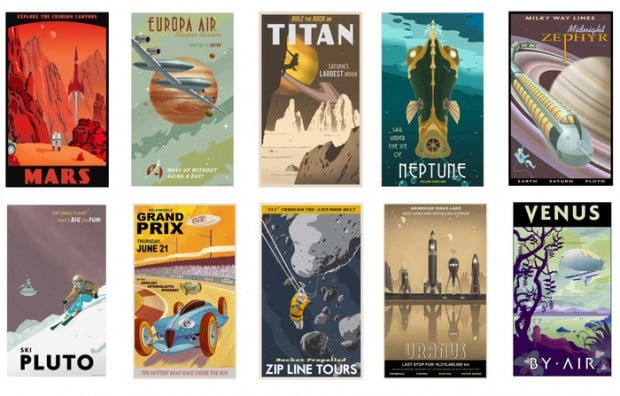 If you can’t make it to Washington when the exhibit is on view, there will also be an app and a website that will allow you to experience it. And the organization says that if they can get enough money from supporters, the exhibit will go on tour. If all goes well, this could be what puts them over the top to completing a permanent space in D.C. You can pledge as little as $5(USD) to help offset the costs of the exhibit, so head on over to Kickstarter and pledge your support now.