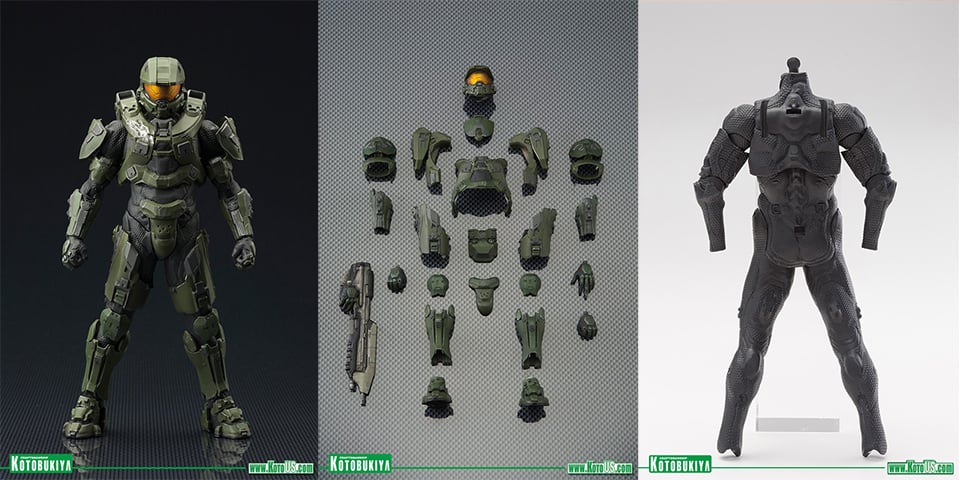 Kotobukiya’s new 1/10 ARTFT+ Halo 4 action figure is essentially a dress-up doll. The 8.5″ toy is made of two main parts: a set of snap on armor pieces and a base body with 10 points of articulation called the Techsuit. 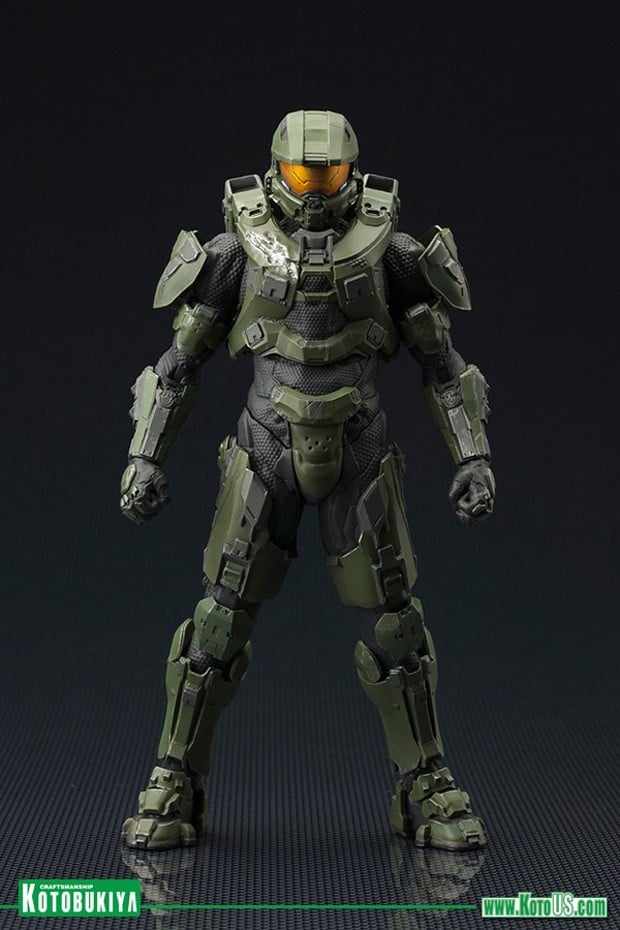 You can probably see where this is going. Aside from the Chief’s classic green and gray armor, the toymaker also made Mjolnir Mark V and Mark VI armor sets for the Techsuit. The Master Chief action figure set comes with both the armor pieces and a Techsuit for $74 (USD), while the Mk. V and Mk. VI armor sets cost $45 each. You can also buy a bare Techsuit for $20. Finally, there’s a $139 dual pack that includes Mk. V and Mk. VI armor sets along with two Techsuits, although for some reason – I think it’s called More Money – this pack has a red Mk. VI armor set and a blue Mk. V armor set. And those alternate colors are not sold separately as of this writing. You can pre-order all of those collectibles directly from Kotobukiya; shipping starts this fall. 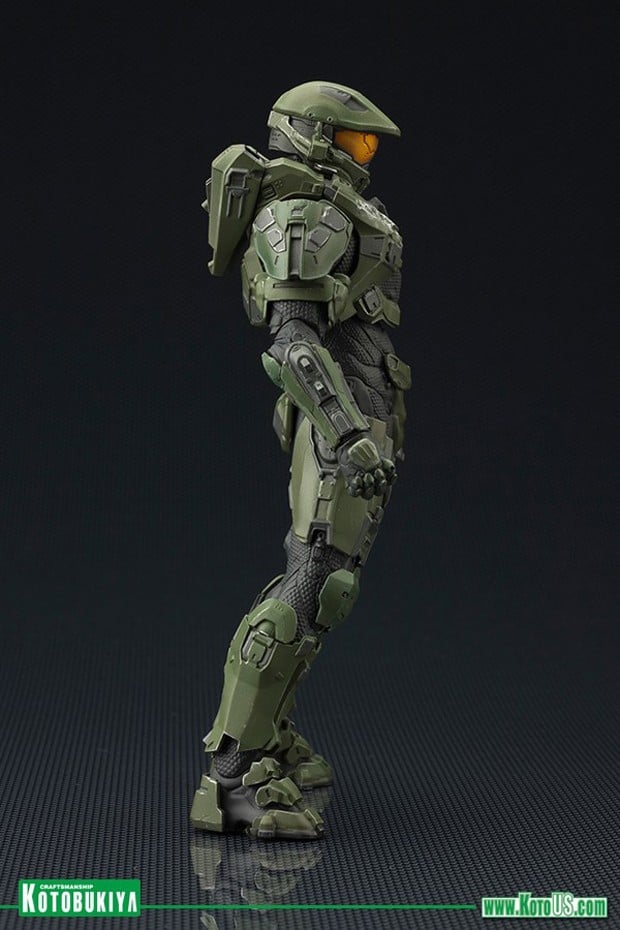 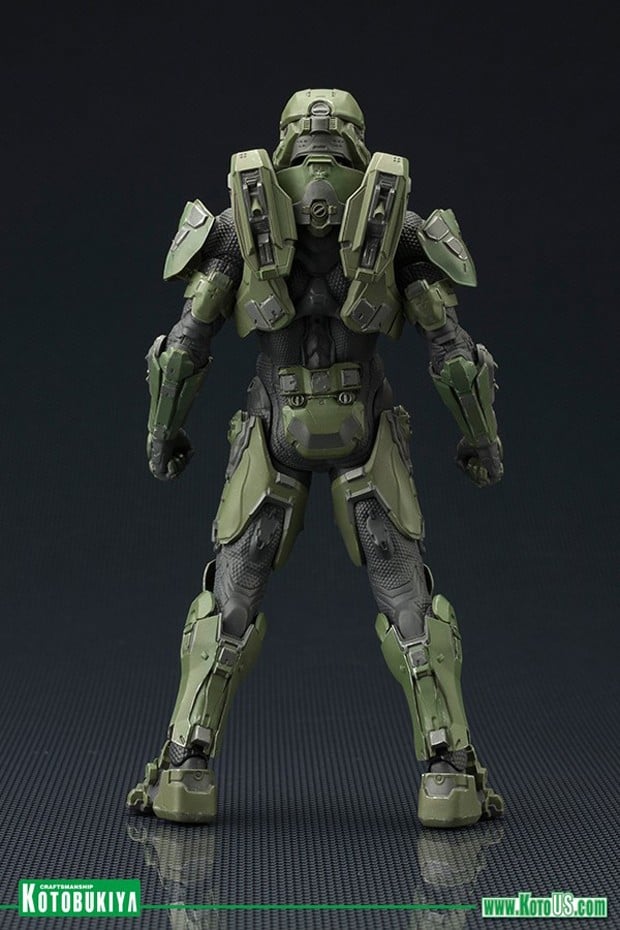 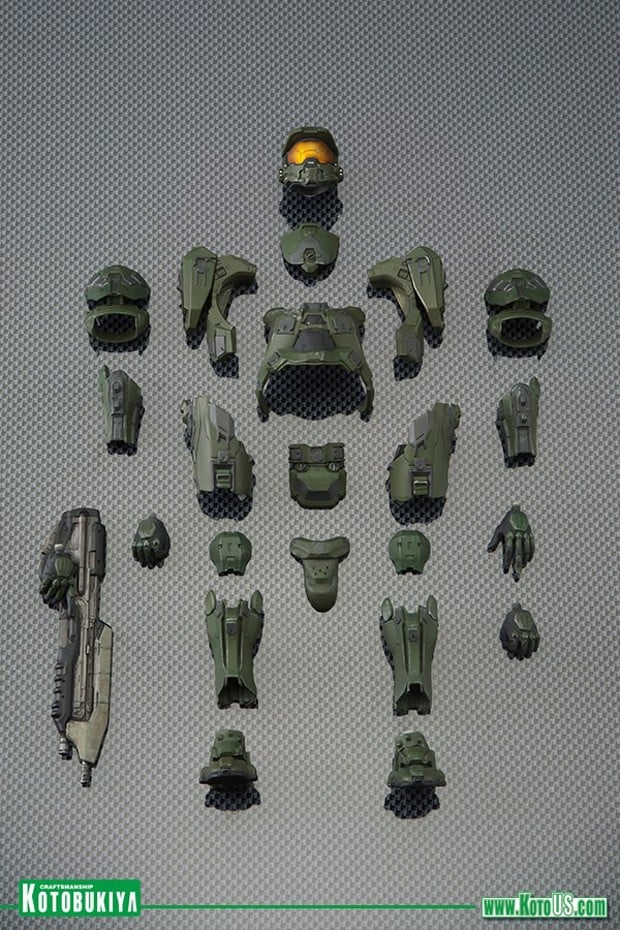 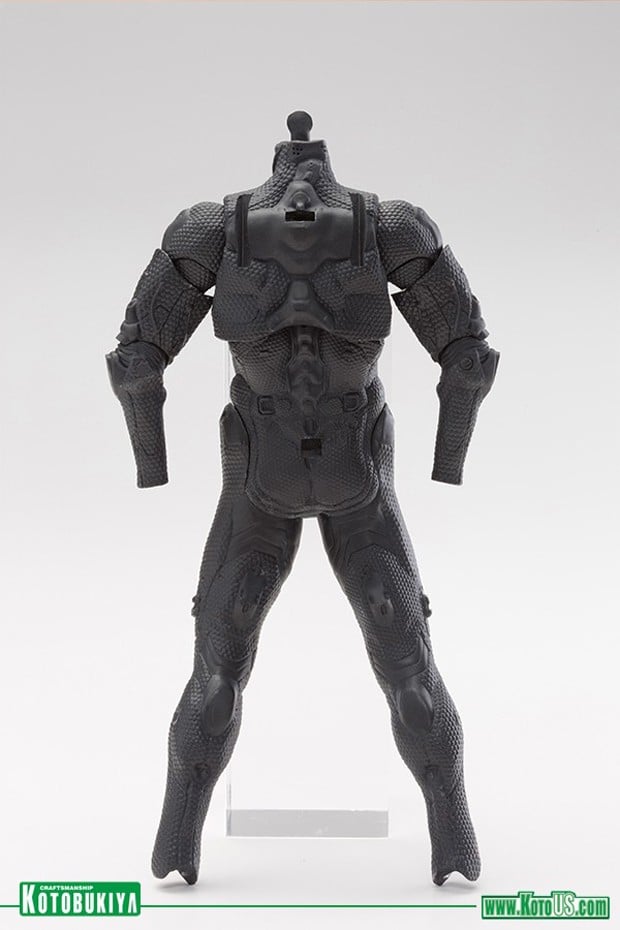 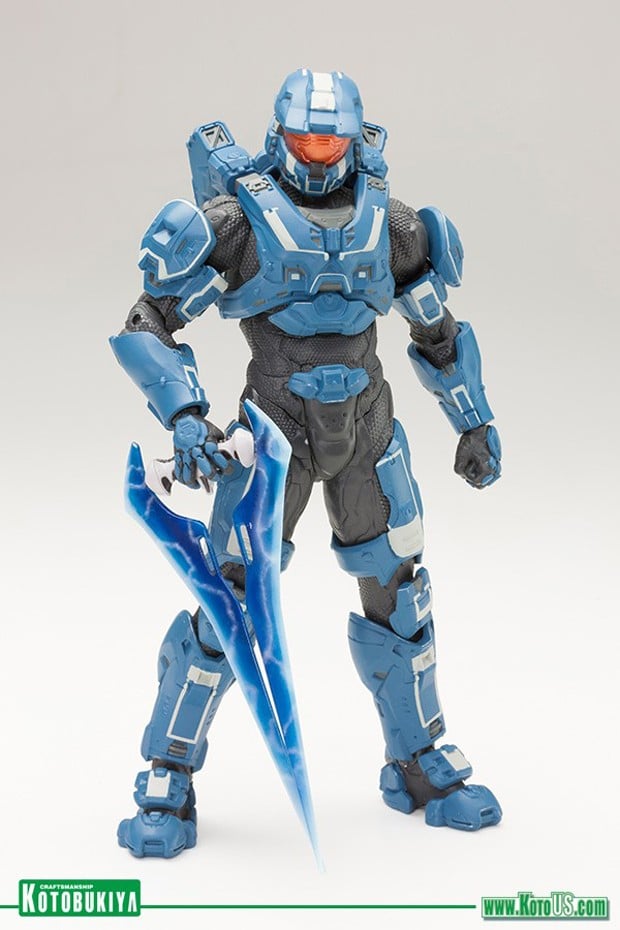 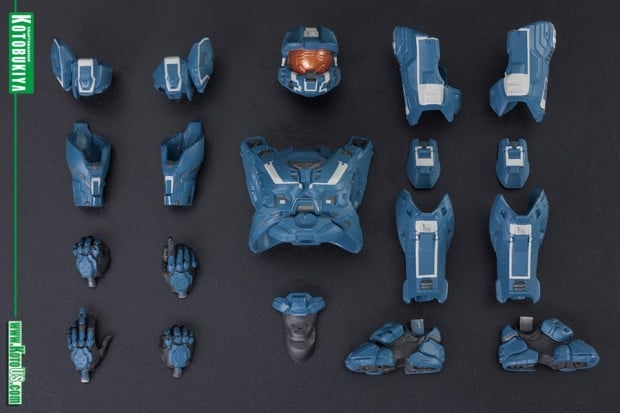 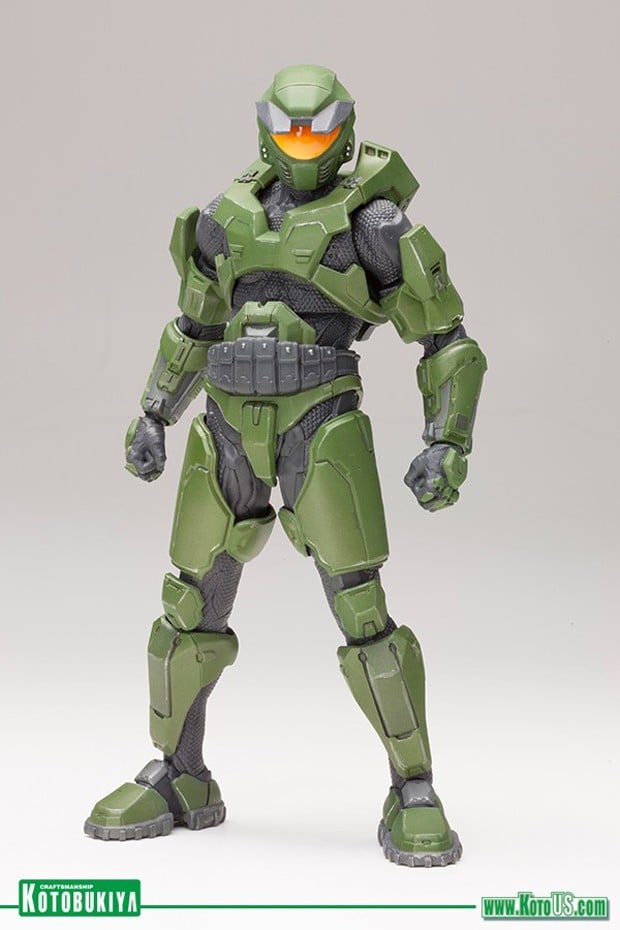 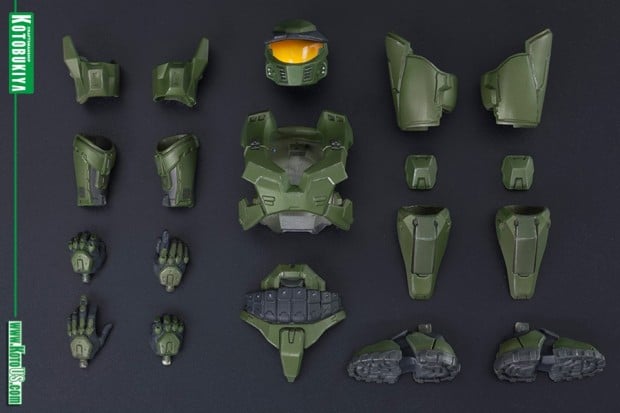 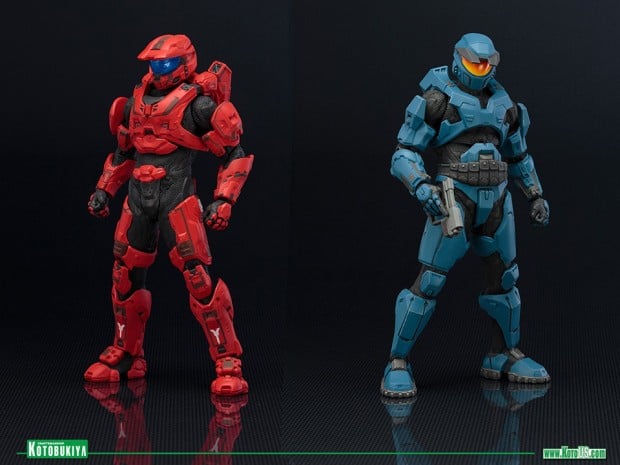 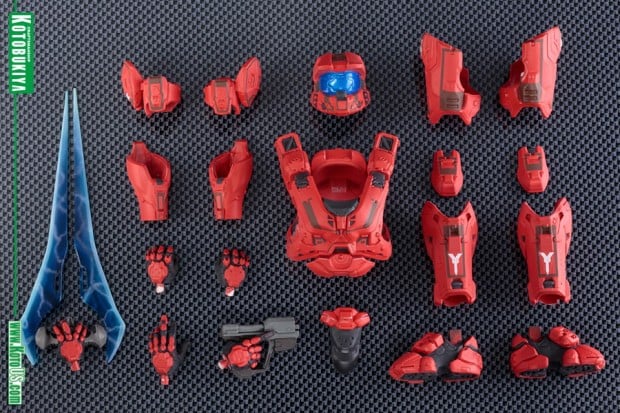 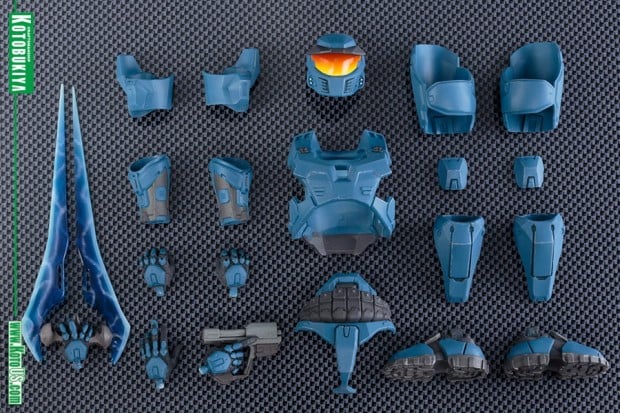