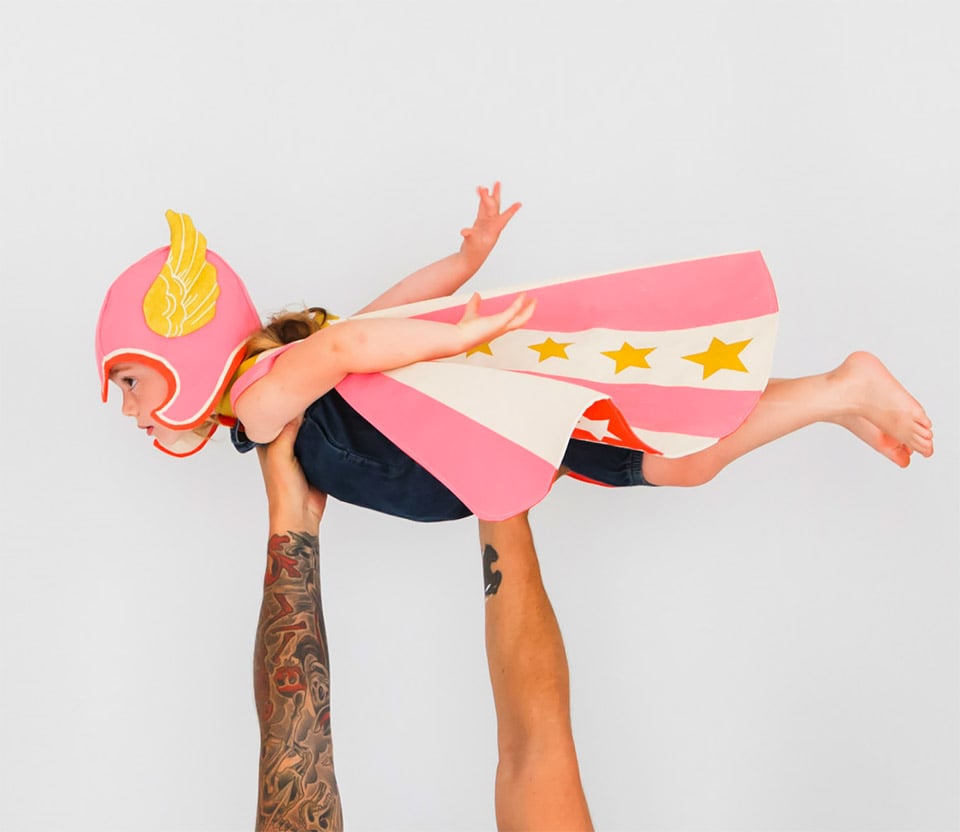 There’s been a lot written lately about the relative lack of superhero films being made with female leads. While she isn’t taking on Hollywood in this regard, Savannah, Georgia based designer Lane Shorkey Huerta of LoveLane is doing her best to restore the balance of powers between the genders.

On Etsy, she is selling several really imaginative and well made superhero costumes for girls. My favorite is the Flying Super Hero Set, which comes with an awesome winged helmet and a striped cape festooned with stars. The set gets raves reviews from buyers, including this gusher: “I love love love my flying super hero set! My 2.5 year old hasn’t taken it off!” Girl power to the rescue!! 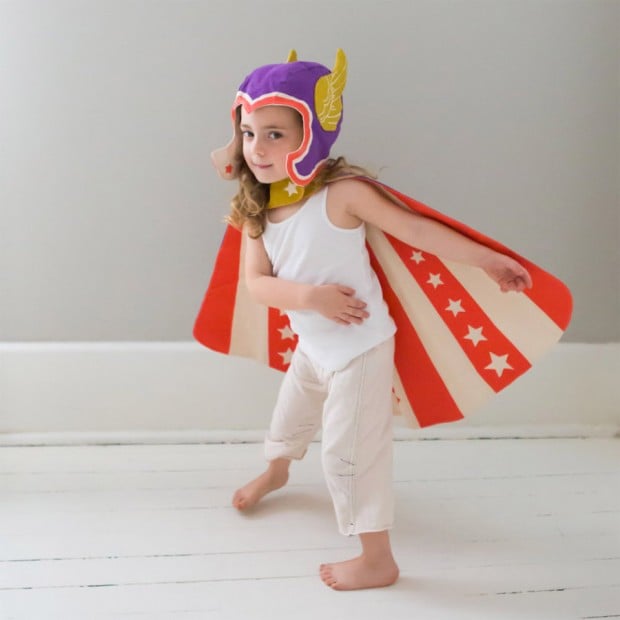 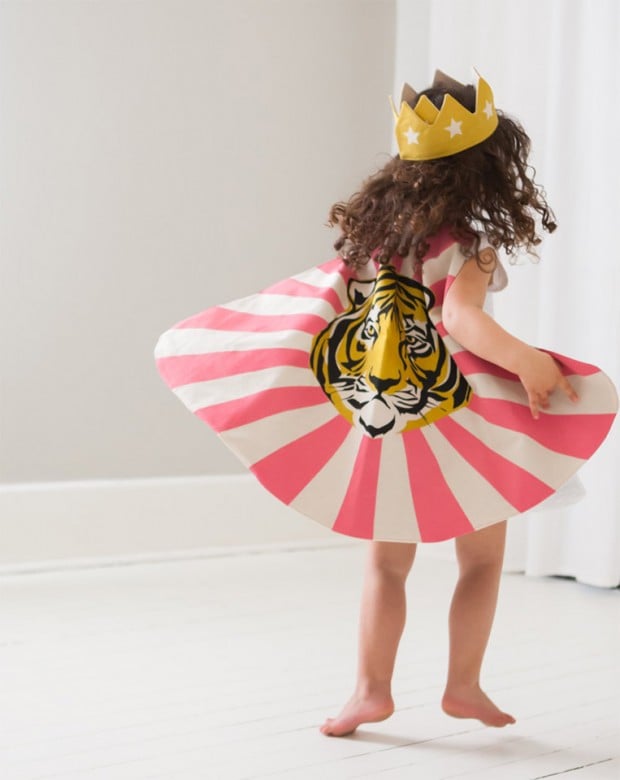 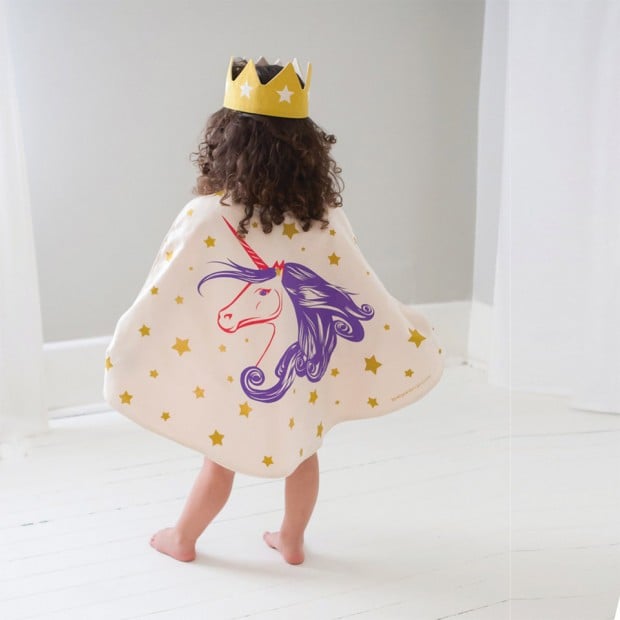