While the movie Cowboys and Aliens was awful, it’s mostly because it took itself way too seriously. On the other hand, Cowboys vs. Dinosaurs is going for more of a B-Movie/Sharknado kind of vibe, so it actually could be fun to watch. And if it’s not, it’ll still eventually make good fodder for the guys at RiffTrax. Here’s a quick plot synopsis from the trailer for this low-budget schlockfest:

After an explosion at a local mine, dinosaurs emerge from the rubble to terrorize the residents of Livingston, Montana. Now, a small band of gunslingers must defend their home in an all-out battle of cowboys versus dinosaurs.

Actually, it doesn’t sound any worse than the plot for Jurassic World to me, and this one comes out almost a whole month earlier. 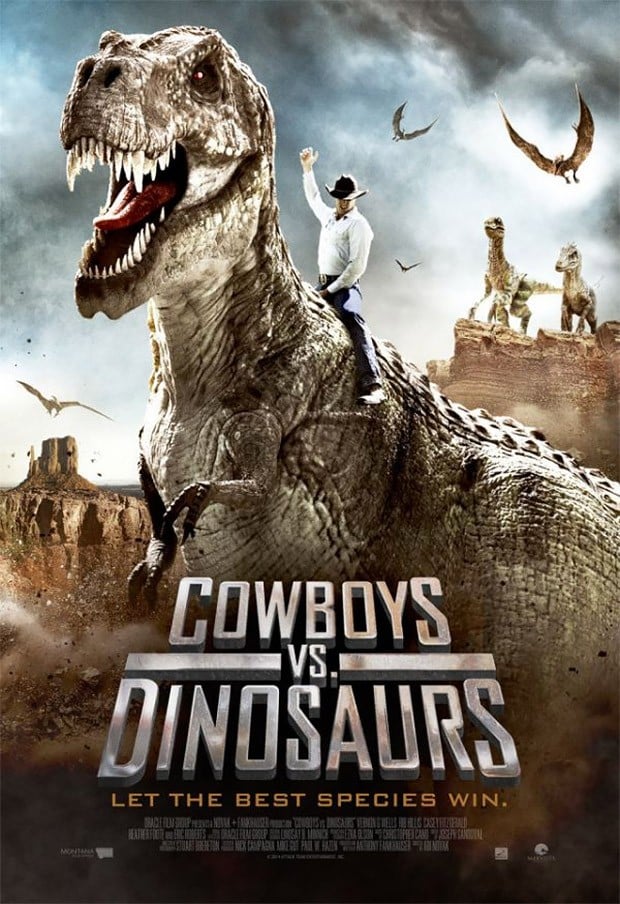