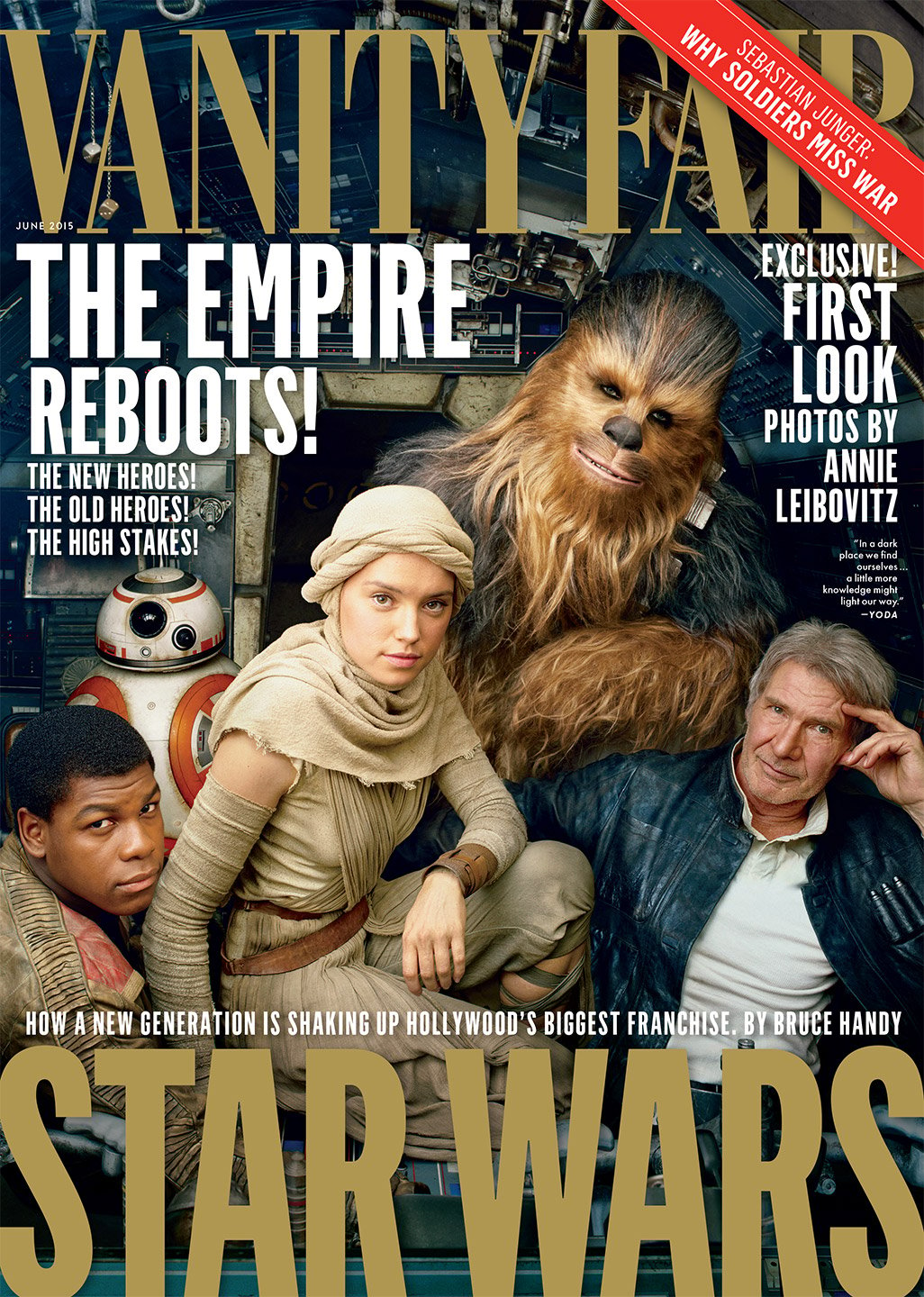 Vanity Fair is famous for its savvy, timely pop-culture covers, and the mag nailed it with its June 2015 ish devoted to the new Star Wars flick. They hired famed photographer Annie Leibovitz to take the cover image, which features veterans Han Solo and his sidekick Chewie along with newbie characters Finn (John Boyega) and Rey (Daisy Ridley) kicking back for the camera.

Best of all, there’s exclusive video of Leibovitz at work on the film’s set. Highlights of the clip include a very heartfelt embrace between the photographer and Harrison Ford and some amazing, high-tech footage of young Oscar winner Lupita Nyong’o prepping to be filmed for the CGI animated role of Maz Kanata she plays in the movie.

VF’s site is also featuring some of Leibovitz’ images she took that didn’t appear on the cover. My fave – Adam Driver’s icy stare as he leads snowtroopers through a desolate tundra.