Swedish Sci-Fi Paintings Mix Us and Them

Artist Simon Stålenhag’s paintings transport you to a strange place and time in which aliens have descended upon the beautiful and sometimes stark landscapes of Sweden. His images are unique, intriguing and thought-provoking.

The young painter first posted his work on the internet in 2013, and buzz began almost immediately (in fact, we featured Simon back then). His works insert alien lifeforms, robots and interstellar vehicles into bucolic rural landscapes. The truly unsettling factor is that the people in the paintings seem almost oblivious to the unearthly creations they share the canvas with. It’s like a mashup of two completely different genres that flows as if they were always part of the same whole. (There’s an amazing story to go along with the paintings that involves a giant particle accelerator built beneath the land whose intense energy somehow plays a role in the arrival of these strange contraptions and creatures.) 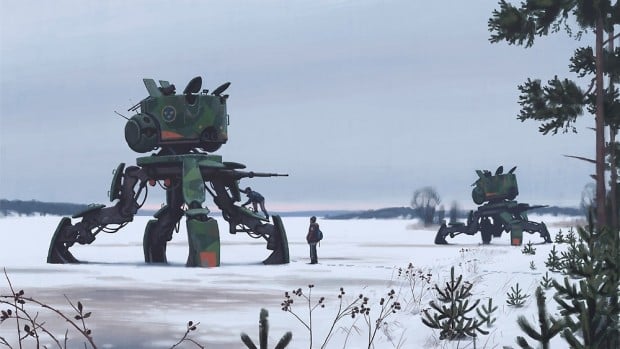 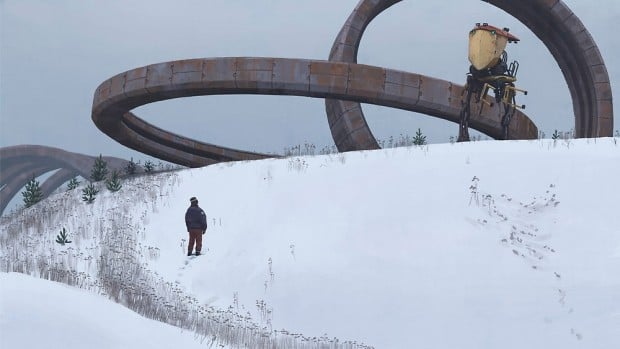 Stålenhag created a Kickstarter campaign to publish two books of his art for the English language market, which feature not only his images, but the story that goes with them. His goal was $10,000, and he has already raised more than ten times that. You can also pick up prints of his work over on RedBubble. Can you say collectors’ items? 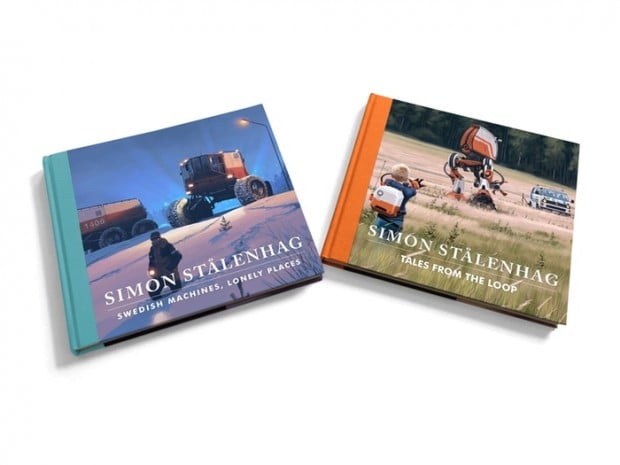 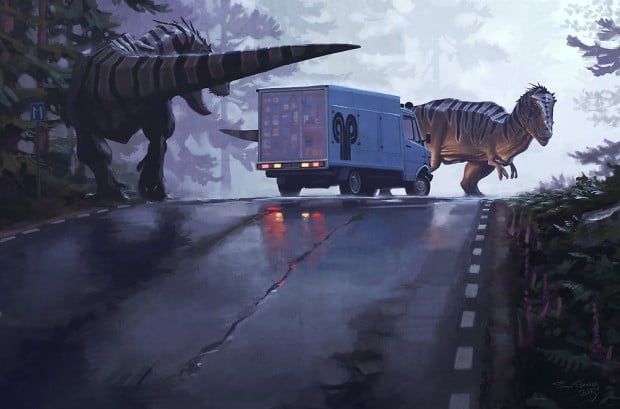