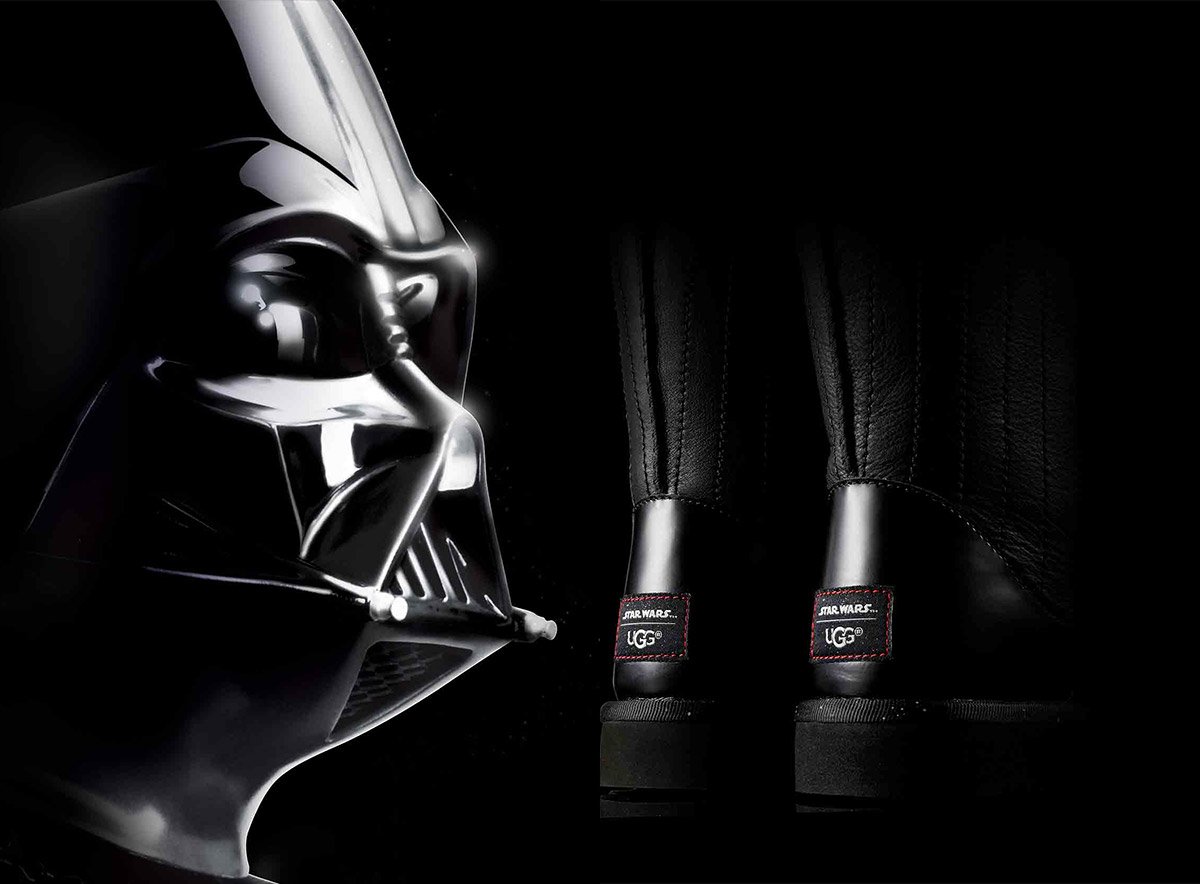 Can you imagine anyone in the entire universe less likely to wear a pair of cuddly, comfy UGG boots than Darth Vader?

Well, that’s not stopping the Australian shoemaker from coming out with a line of boots, shoes and slippers for men, women and children whose design was modeled after the Star Wars super villain. The obviously jet black shoes range in price from $100 to $225 and feature red, embroidered Star Wars and Imperial logos. The tagline for the collection is, “There is a disturbance in The Force,” which seems to imply they have the ability to play Jedi mind tricks. 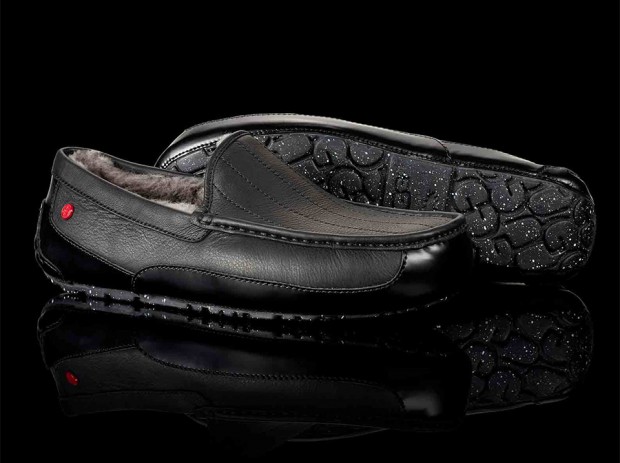 But before you dismiss these shoes as merely a crass merchandising ploy, you should check them out because they look super tough. They actually appear as if they were designed by Ferrari’s fashion wing, and they exude a snobbish Euro flair. So even though Darth Vader would probably never be found lounging around in any of these lush slippers, I have a feeling that fans of both UGGs and Star Wars are going to snap them up – and most likely wear them to The Force Awakens premiere. 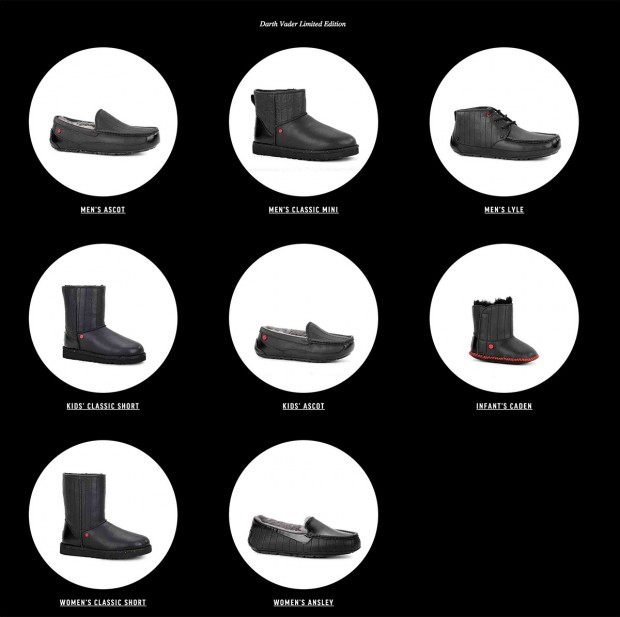