Superheroes on the Go 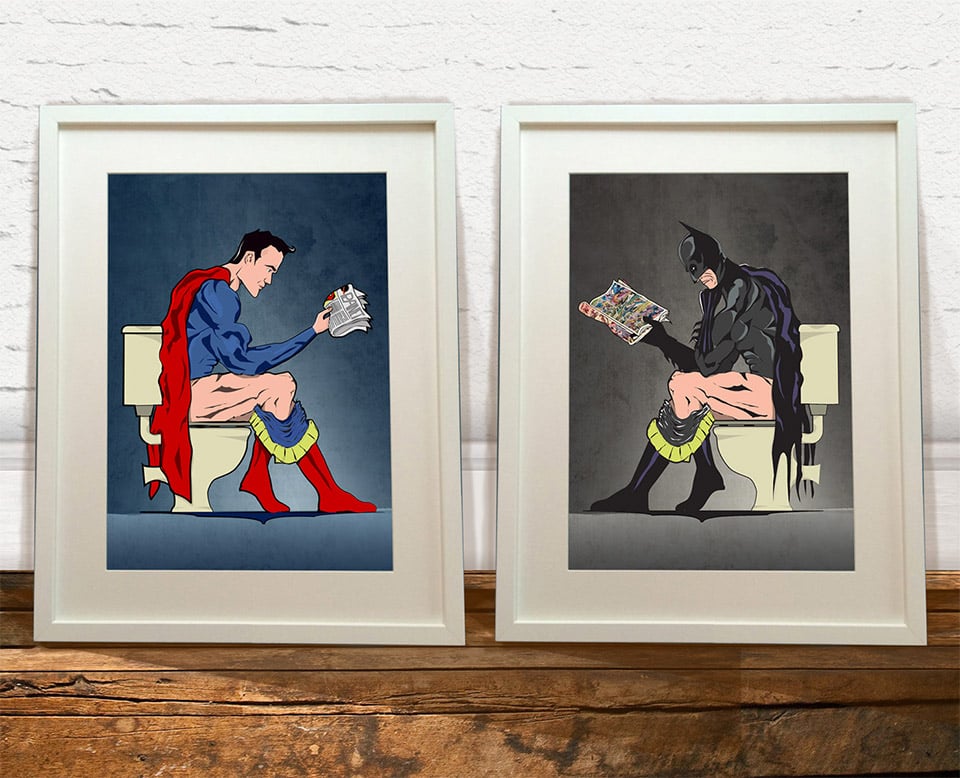 Does Superman eat? There’s actually a bit of debate about that. He gets his sustenance from the sun’s solar rays, so consuming normal human food would seem unnecessary. Others argue that while he doesn’t need to eat, he grew up eating with his Earth family and learned to enjoy it, and as the adult Clark kent, he does it so as not to stand out.

Which begs the question – if Superman does eat, does he also need to relieve himself? One person who firmly believes he does is Etsy artist wyatt9. He has created a wonderfully whimsical print of the Man of Steel sitting on the porcelain throne reading what appears to the The Daily Planet. The artist also created a similar version of Batman on the can, but since we know the person underneath that black suit is certainly human, there are no uncertainties about his need to heed the call of nature.

My one issue with the works – both superheroes are wearing their capes while sitting on the toilet, which would seem to make it a lot more difficult for them to do their business.