Tabletop gaming website Beasts of War recently completed Assault on Hoth, a custom miniature wargame based on the Battle of Hoth from Star Wars: The Empire Strikes Back. The massive setup has a ton of minatures, toys and terrain pieces from different Star Wars games, including large models of the AT-AT and the Millenium Falcon. Assault on Hoth was put on display and played at the Salute 2015 gaming event in the UK. 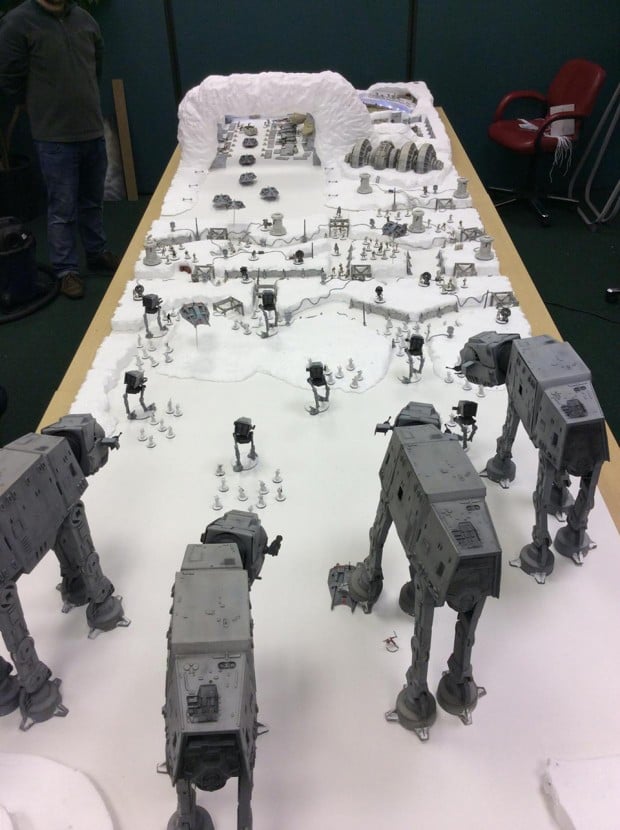 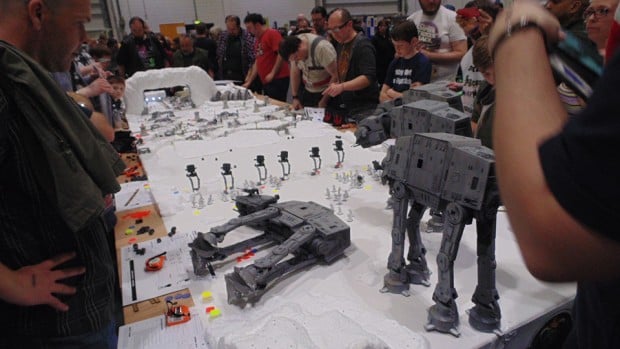 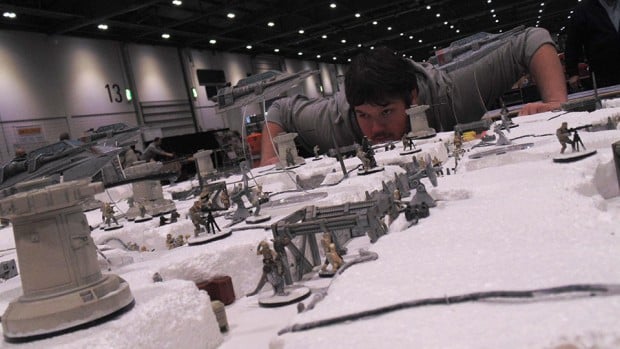 As mentioned in the video above, Assault on Hoth is meant to be played by up to 10 players – 6 on the Rebel side and 4 on the Empire side – with each player commanding a group of units. Here’s the game’s designer Grant Ennis explaining Assault on Hoth‘s rules:

And here it is about to be played at Salute:

Check out Beasts of War’s Salute 2015 posts for more on the game.