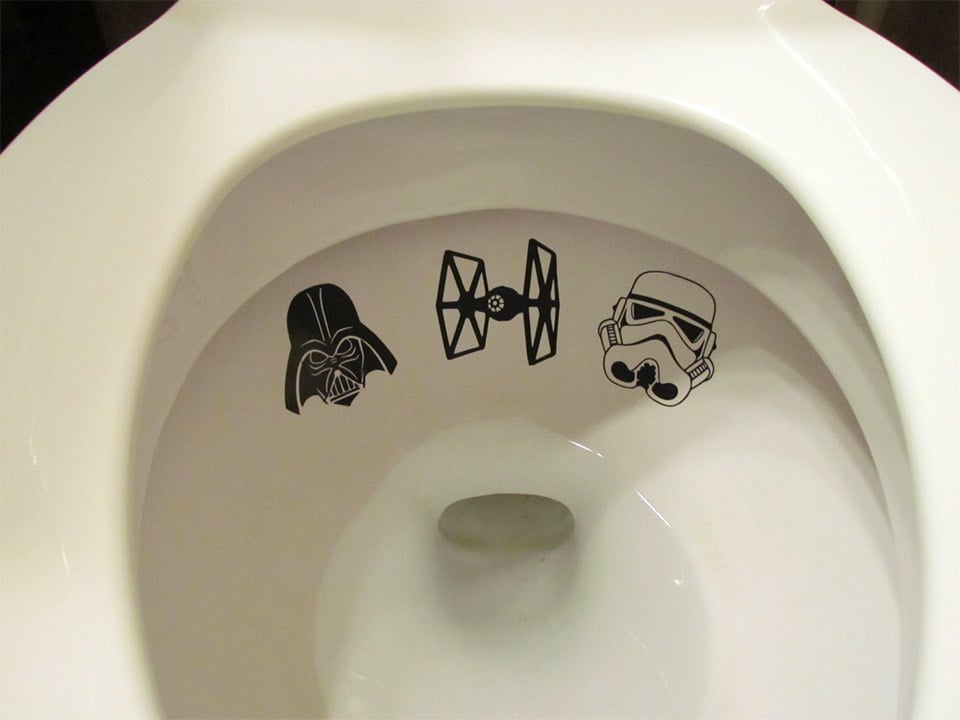 My wife and I have a three year old boy we are beginning to potty train. He is progressing pretty well, and getting the hang of letting us know when nature calls and he needs to go. But he’s just sitting now, and it may be a little while until he graduates to standing in front of the toilet, which might be messy at the start.

But I think I’ve come up with a fool-proof plan to make the transition from sitting to standing go as cleanly as possible. Just before he makes the jump, I’ll sit with him and watch the original Star Wars four or five times, and then right after that I will apply these nifty Star Wars Toilet Targets to the bottom of his bowl. There’s no doubt the added incentive of blasting away at Darth Vader, an Imperial TIE Fighter and a Stormtrooper will enhance him aim and keep him from slipping over to the dark side. And at only $5.75, that’s a paltry price to pay for a cleaner bathroom floor and a safer universe.