A Brand-new Monster for Doctor Who Season 9 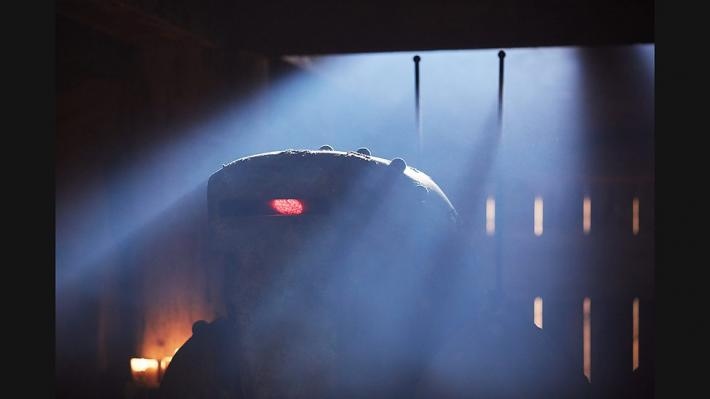 The BBC has unveiled a brand new monster for season 9 of Doctor Who. This creepy metal man looks like it was inspired by BioShock’s Big Daddy, but I’m sure it will be awesome.

The BBC released two pics. One that is a bit hard to make out and one that shows the monster clearly. He looks pretty rusty and worn from what we can see here. It certainly looks like a neat monster. The man talking to it in the image below is director Edward Bazalgette, who is directing episodes five and six, which is a two parter with the episodes The Girl Who Died and The Woman Who Lived. This story features Game of Thrones’ Maisie Williams in a guest-starring role, so I guess she would be the girl in question. 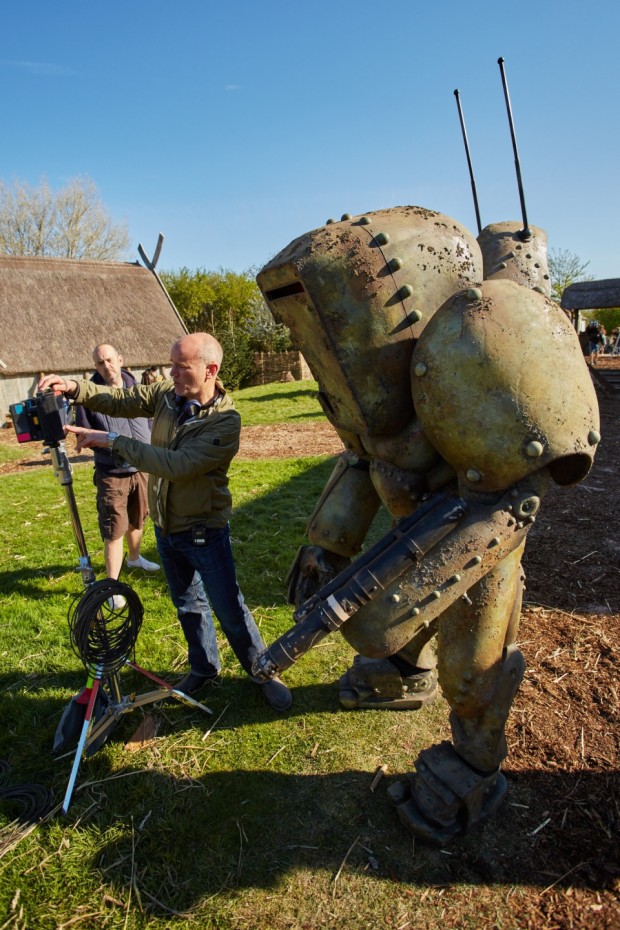