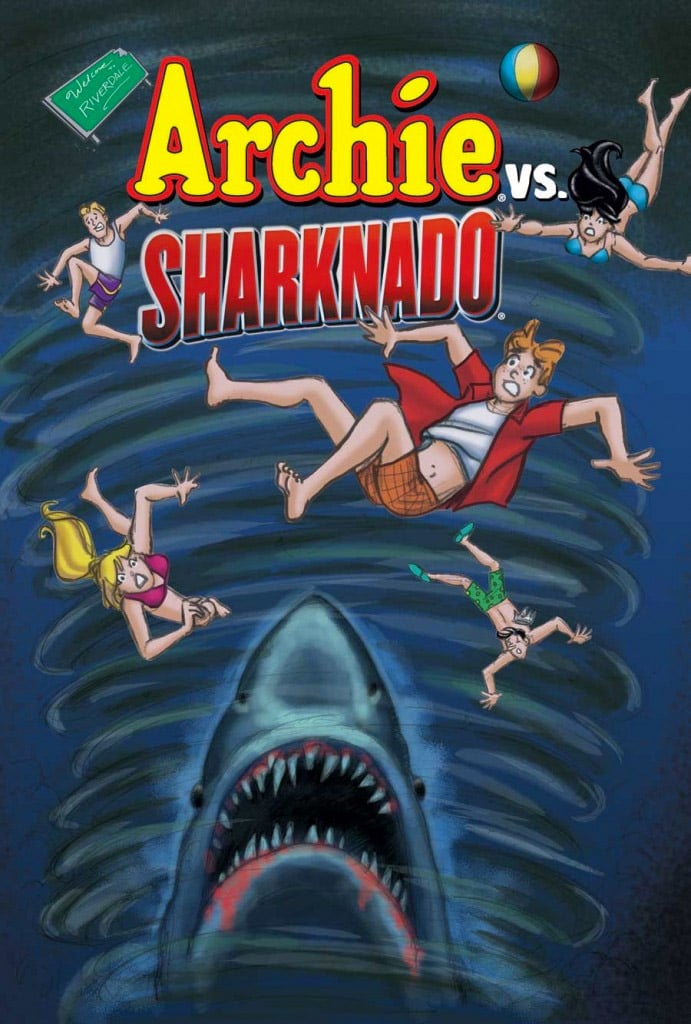 Is there anything more over the top than Sharknado? How about Archie vs. Sharknado? That’s right, the terrible twisters replete with man-eating Great Whites are going to blow into Riverdale in a 48-page issue of the comic that is timed to coincide with the release of the third film in the Syfy series – Sharknado 3: OH HELL NO!. Both come out on July 22.

According to the news release from Archie comics, “Archie and his friends have to battle the incoming pop culture storm as it creeps up the ‘Feast’ coast to Riverdale – and then try to save what’s left of their hometown. Who lives? Who dies? Read the book!”

If the Jaws-themed cover is any indication, though, it looks like Archie and his pals are powerless to avoid being becoming consumed, literally, by the fish-filled firestorm. (Yeah, I know, there’s no way that happens, but the cover is anything but subtle when it comes to predicting their fate.)

The release also offers some tasty tidbits about the third film in the series, including cameos by Shark Tank’s Mark Cuban as POTUS and conservative commentator Ann Coulter as his Veep. Stormy weather indeed.