Redditor 24bits recently shared his Marvel power ranking, a list containing 63 of the House of Ideas’ most powerful characters. I must admit I barely read any comics these days, so this might not be new avid fans, but I’ve been having a lot of fun reading up on these characters. 24bits also made a flowchart version of the ranking.

I don’t know about you, but I think Deadpool’s self-awareness makes him the most powerful Marvel character. 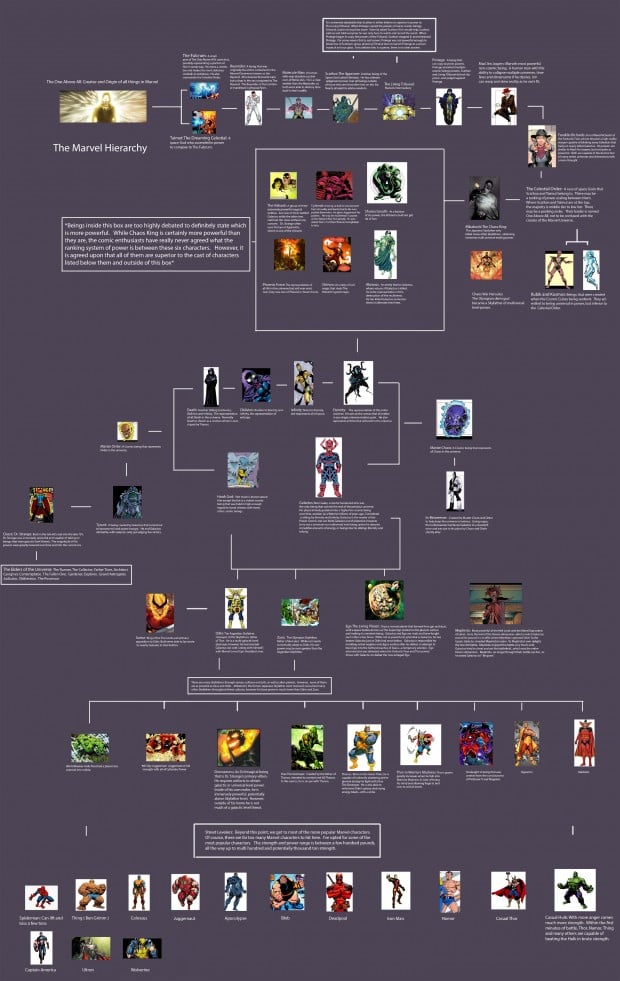