We recently saw some great behind-the-scenes footage from Interstellar, in which they showed how the TARS and CASE robots were not simply CGI, but in many scenes were played by puppeteers. Inspired by this idea, cosplayer and LEGO geek Iain Heath (aka “Ochre Jelly”) created his own TARS costume, and wore it to the recent Emerald City Comic Con in Seattle.

Iain spent about three months crafting the wood and metal costume, which he maneuvered much like the mechanical puppets used in the movie. I can only imagine how heavy and difficult it was for him to maneuver while pushing the TARS in front of him. He even fitted the costume with a camera and monitor on the back so he could see where he was going, and also put LCD screens on the front. 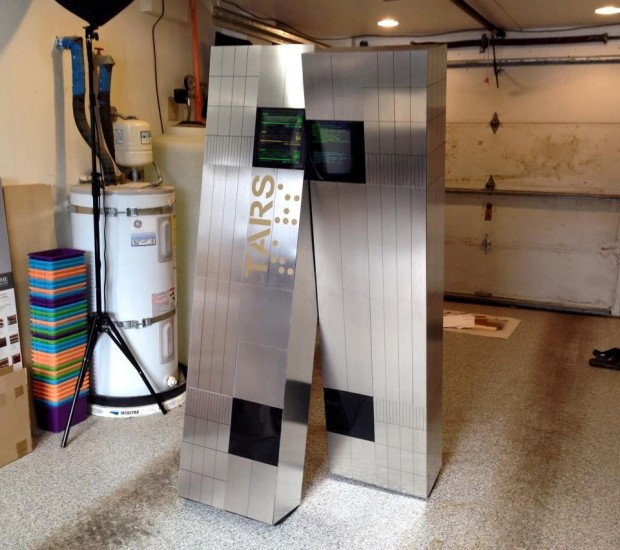 While it would have been really cool if he could have somehow fit inside the costume, it was still a very convincing effect when viewed from the front. I’m also really glad that he skipped going down the escalator with it.