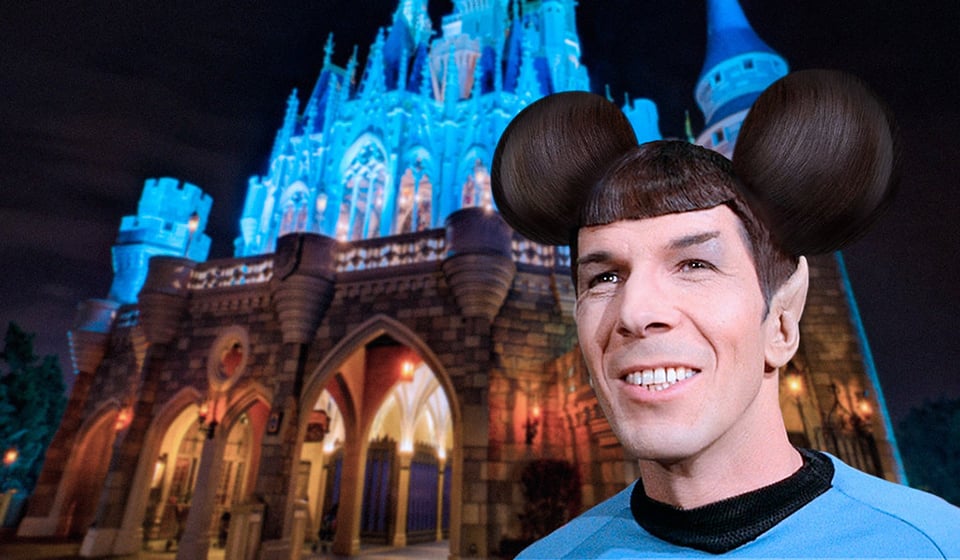 DeviantArt must have given its members a brief shock with its April Fools prank. Citing a Paramount Pictures executive as its source, the art-oriented social network claimed that Disney was going to purchase the TV rights to Star Trek from current holder CBS.

The article quickly gives itself away by rattling off ridiculous franchise crossovers that such an acquisition could make possible. Some of its silly ideas include setting the Star Trek reboot TV series in the Star Wars universe, with hints hidden in the upcoming Star Wars: The Force Awakens.

Then there’s the Marvel angle, where the Guardians of the Galaxy will visit Star Trek‘s worlds and Tony Stark will be credited as the USS Enterprise’s designer.

Finally, DeviantArt claimed Disney would build a Starship Enterprise Holodeck attraction in all of its theme parks, and that the virtual reality facility would make an appearance in the movie Tomorrowland.

Head to DeviantArt to see the rest of the article.