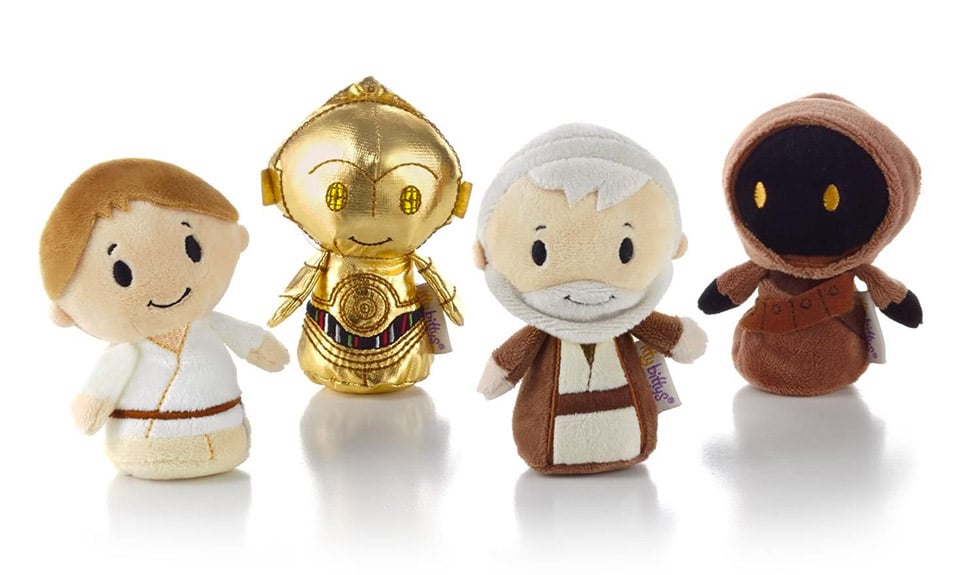 These Star Wars toys from Hallmark aim to take your money by being cute and cuddly. They are called Itty Bittys and include characters like R2-D2, Chewbacca, Yoda and Darth Vader and more. Each toy measures 4″ tall and 3″ wide and costs $7 (USD). 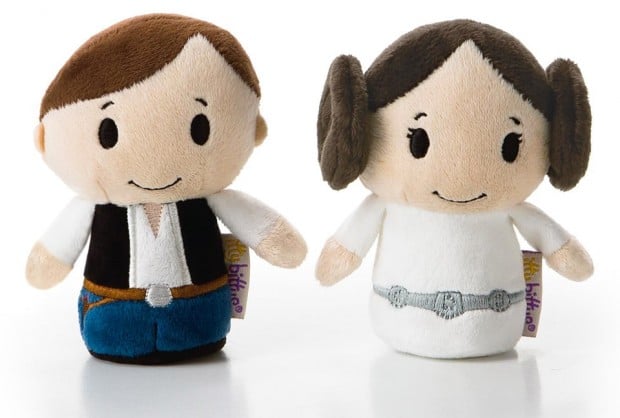 You can also get them in small sets like the “Star Wars: A New Hope” collector set, which includes Luke Skywalker, C-3PO, Obi-Wan Kenobi and a Jawa for $30. Han Solo and Princess Leia are sold individually or as a couple for $15. There’s even a jumbo version of Darth Vader that stands 2 feet-tall and holds four Itty Bittys in his waistband for $140. 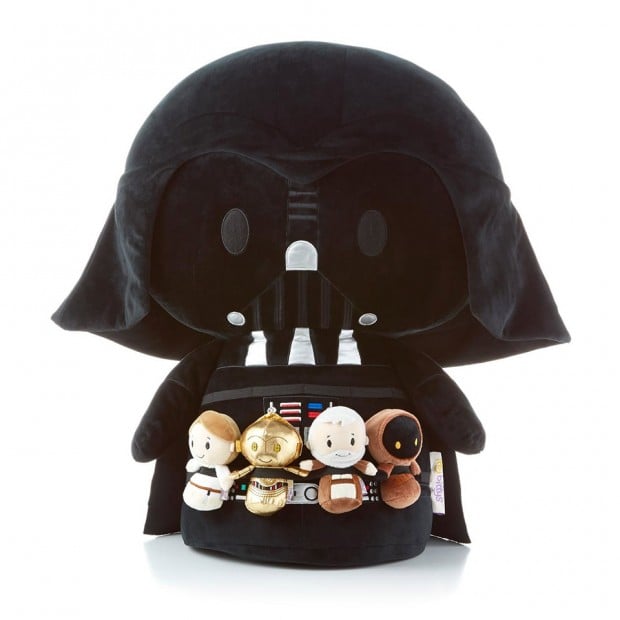 Find the rest of the Star Wars Itty Bittys at the Hallmark shop here.