Baymax Dressed up as Other Disney Characters 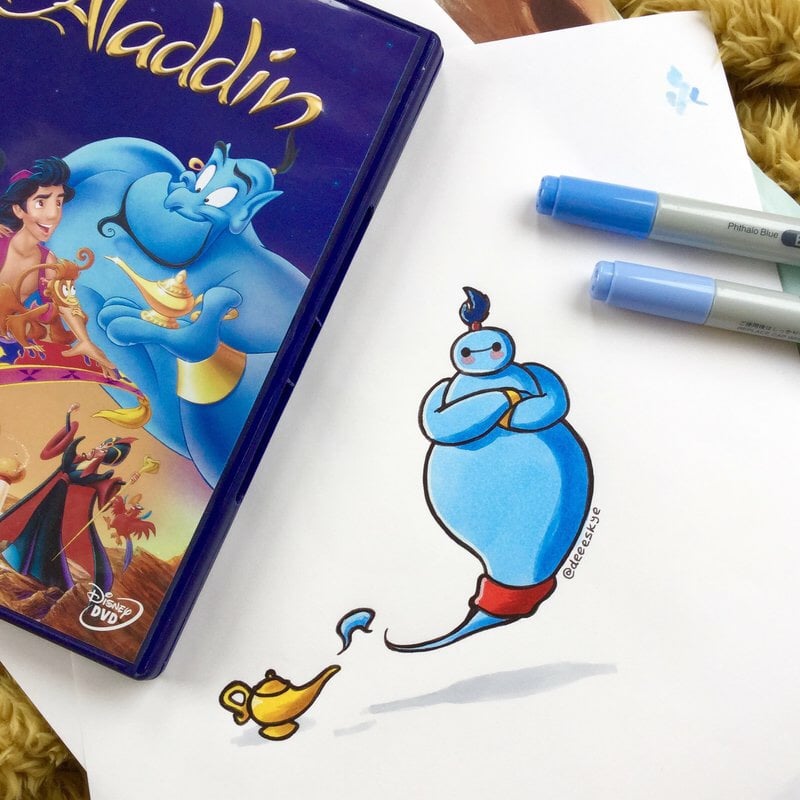 Big Hero 6’s robotic protector wasn’t particularly sturdy until Hiro built him his armored suit. But he sure was cuddly looking. I liked to think that Baymax would have been a really nice surrogate for a bean bag chair when he wasn’t battling bad guys. His blobby white body also works nicely as a blank canvas. In this case, artist Demetria Skye decided to take that idea and run with it, dressing up Baymax as other popular Disney characters.

I particularly love Baymax as the Genie from Aladdin, but they’re all great. Some of the other characters include Baymax as the Mad Hatter, Wreck-It-Ralph, Snow White, Rapunzel, Minnie Mouse and Stitch – among others. 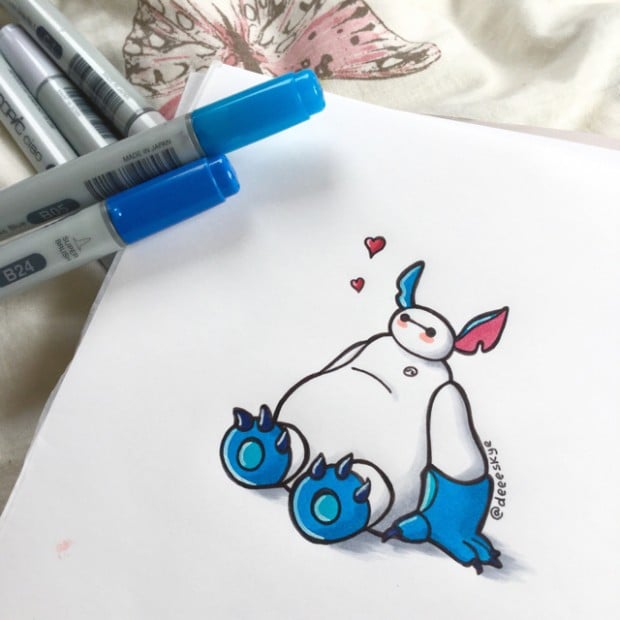 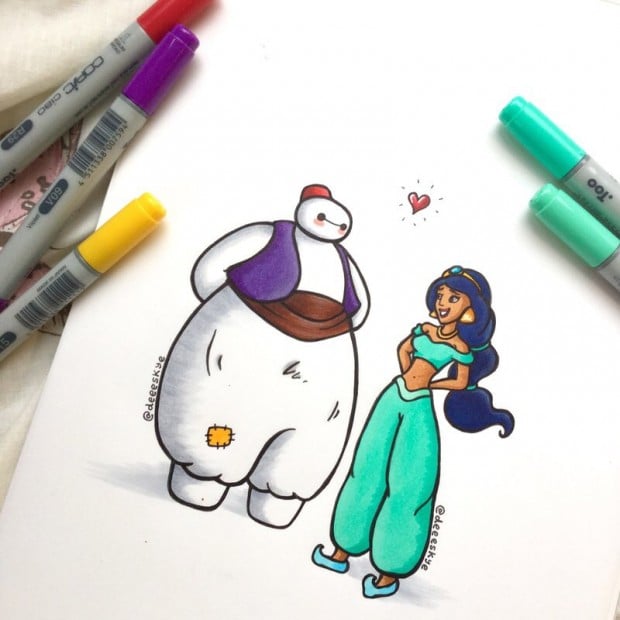 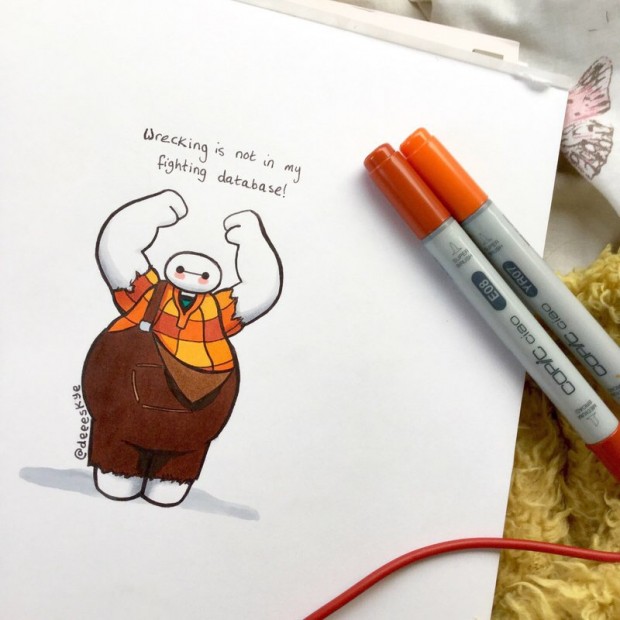 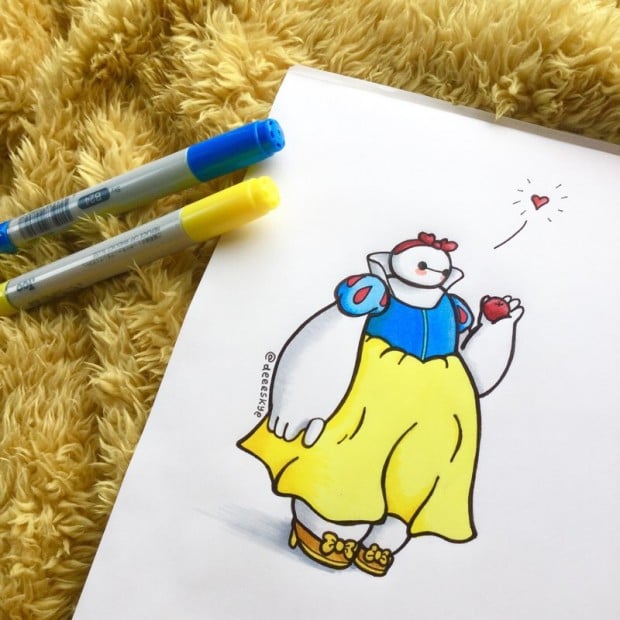 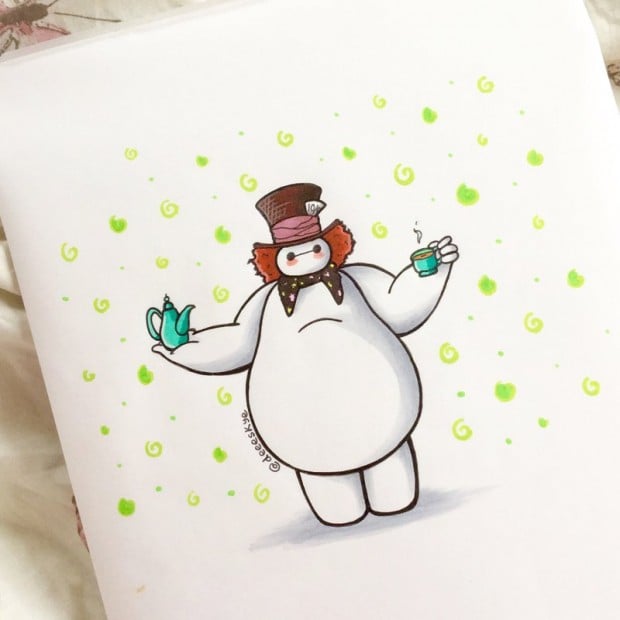 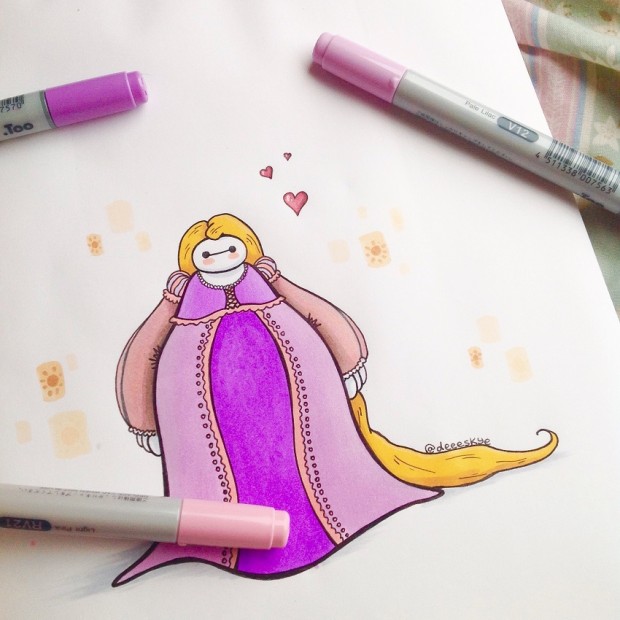 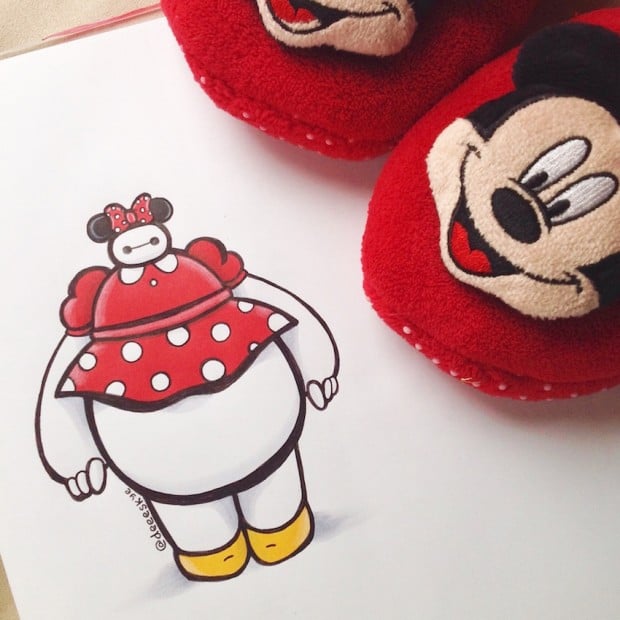 Be sure to head on over to Demetria’s Tumblr site for more great Baymax images, and all sorts of other wonderful marker illustrations.