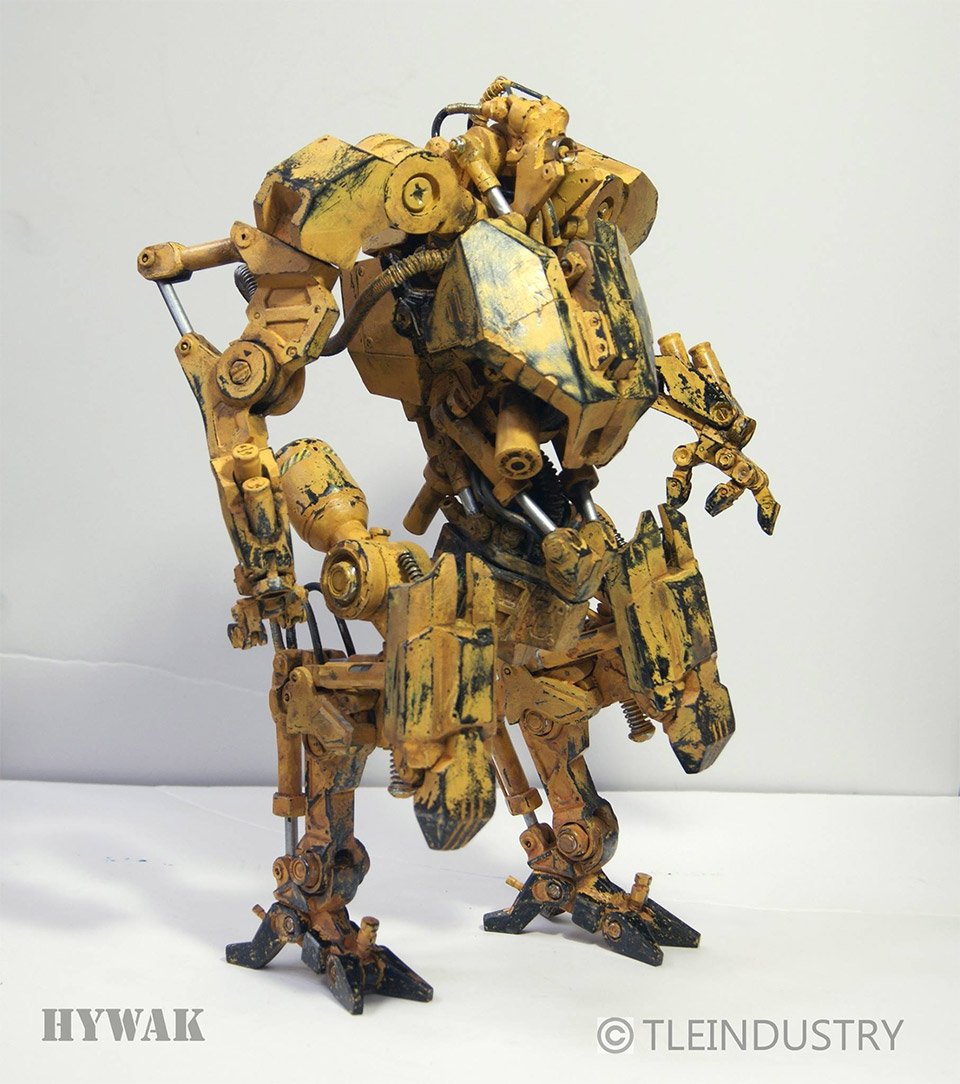 I love mechs. But most of the mech toys on the market are based on some existing franchise like Transformers of Gundam, so they’re pretty overexposed. Never mind the fact that they’re mostly made of cheap plastic. TLEINDUSTRY has made a cool mech model with some big differences. 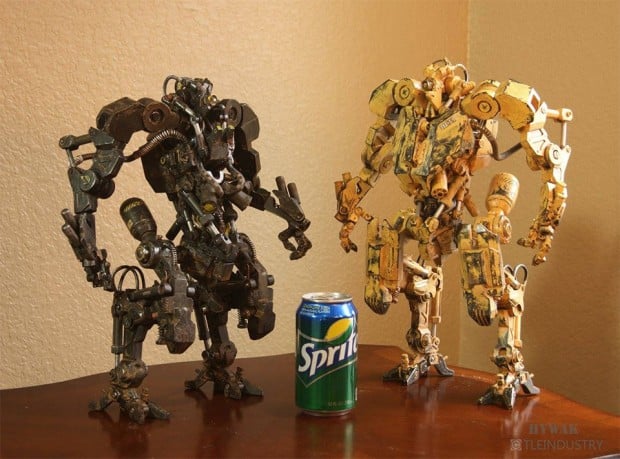 Their awesome HYWAK mech is handmade using 247 individual parts, including nuts, bolts, cables, wires and some cast resin bits. It’s not some chopped up kitbashed conglomeration of toys, but a completely original creation with tons of little details. Plus, the 15-inch-tall mech weighs in at a substantial 3.9 lbs and is fully poseable. 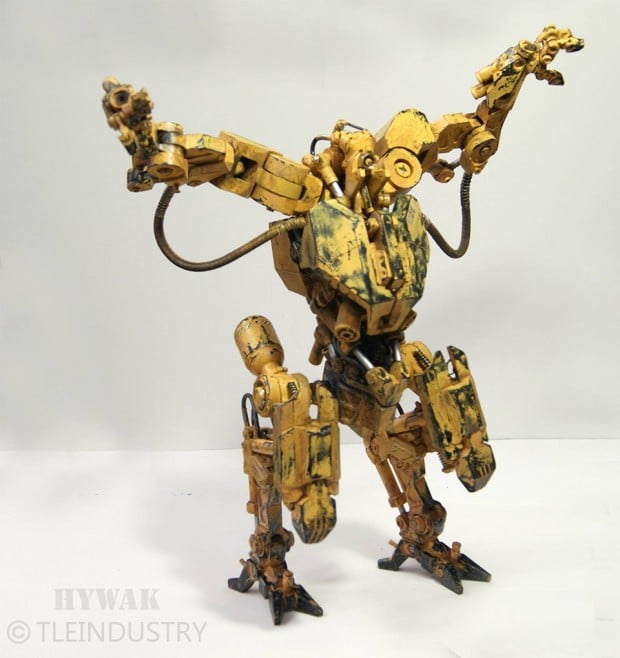 These things definitely don’t look like cheap toys. They’re extremely substantial, and look awesome. The best part is that you can buy one for yourself. The price for the fully-assembled and painted mech is $350(USD) over on eBay, but they will also be offering an unassembled, pre-primed kit for $100 less. 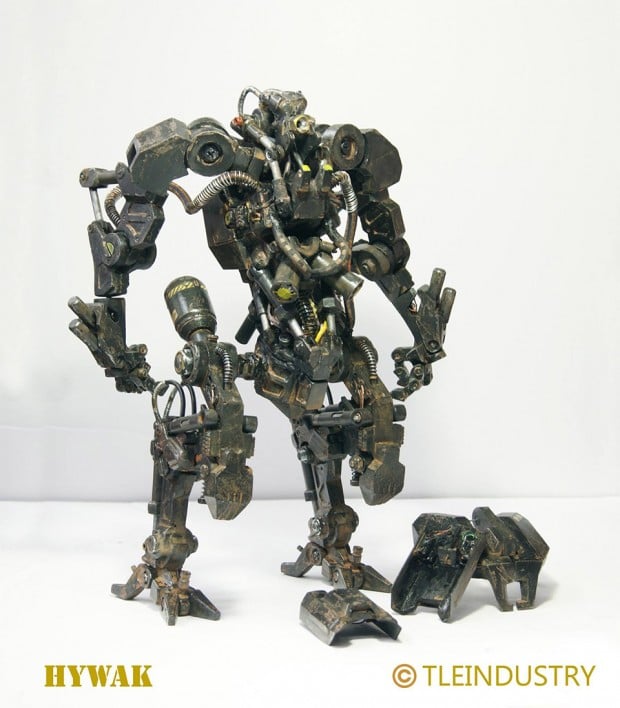 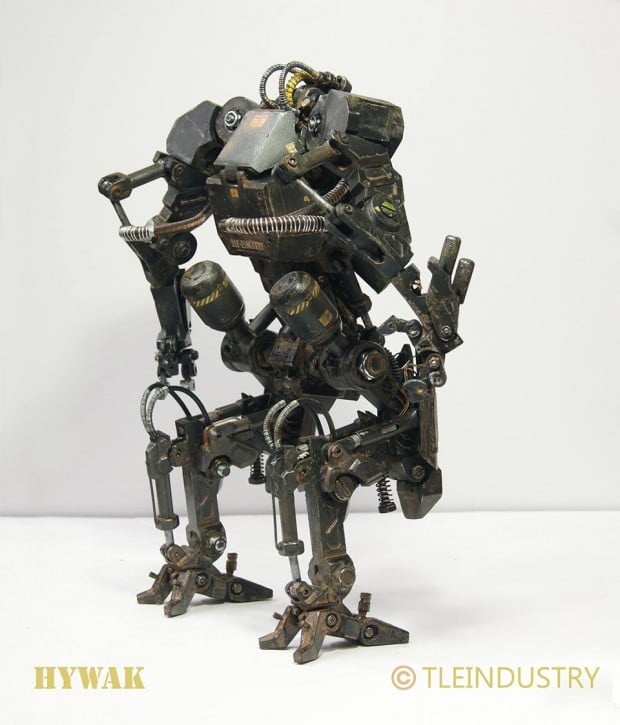 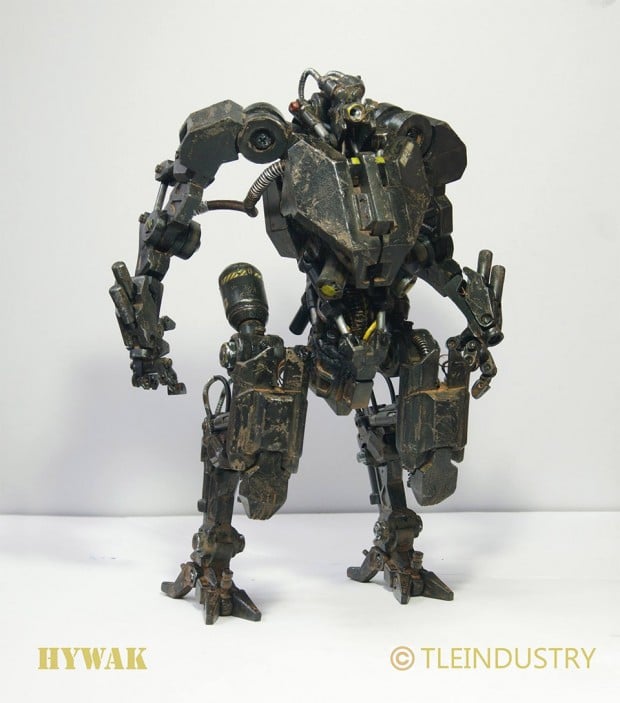 Head on over to TLEINDUSTRY’s Facebook photo stream for more pics of this amazing mech marvel. 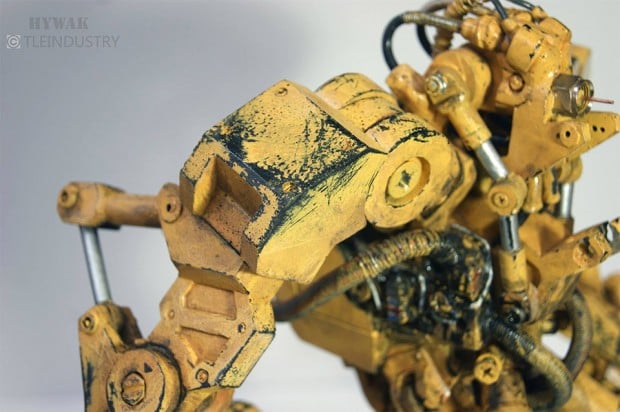 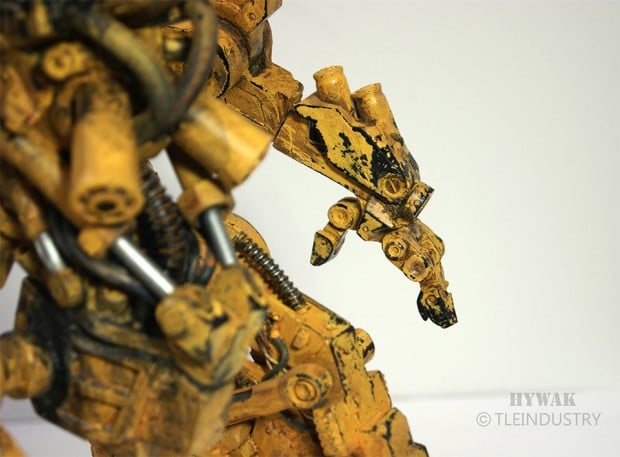