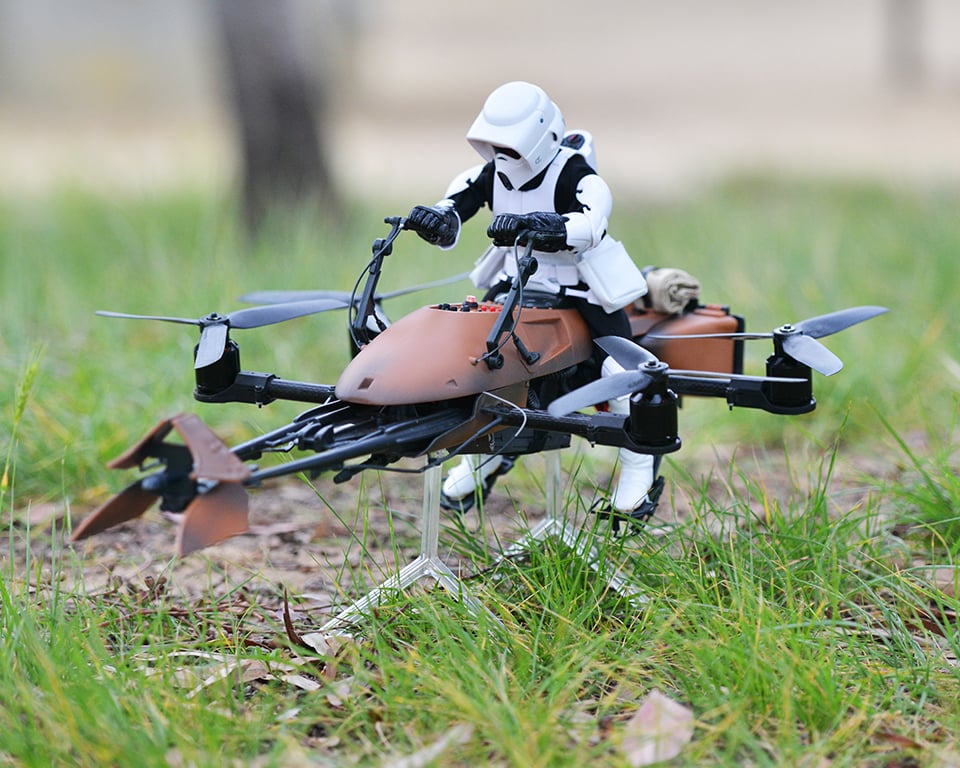 Adam Woodworth may have given Disney a billion-dollar idea. The self-professed aviation nut modified an old Star Wars Power of the Force Imperial Speeder Bike action figure into a quadcopter, complete with a First-Person Video (FPV) camera. 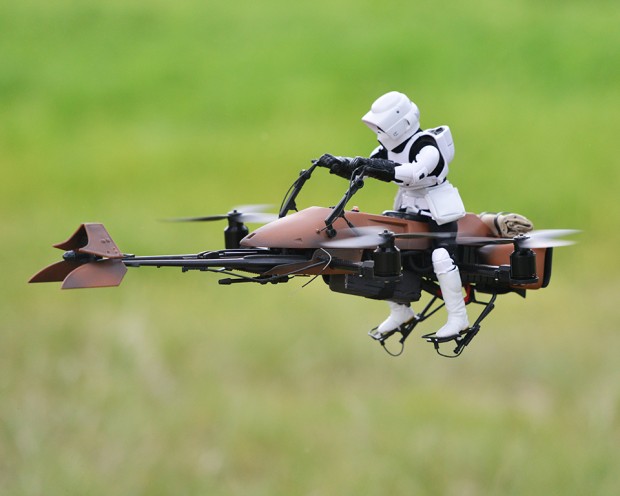 Adam said the toy worked great as a quadcopter body because it’s hollow and thus light. But to further keep its weight down he made a new body for the biker scout using carbon tubes, pipe cleaners and old Nerf darts. When he wants to fly the toy from its perspective, he swaps the biker scout’s head for a combo camera and transmitter that’s mounted on a small styrofoam ball.

Head to Make: for more on Adam’s awesome project.