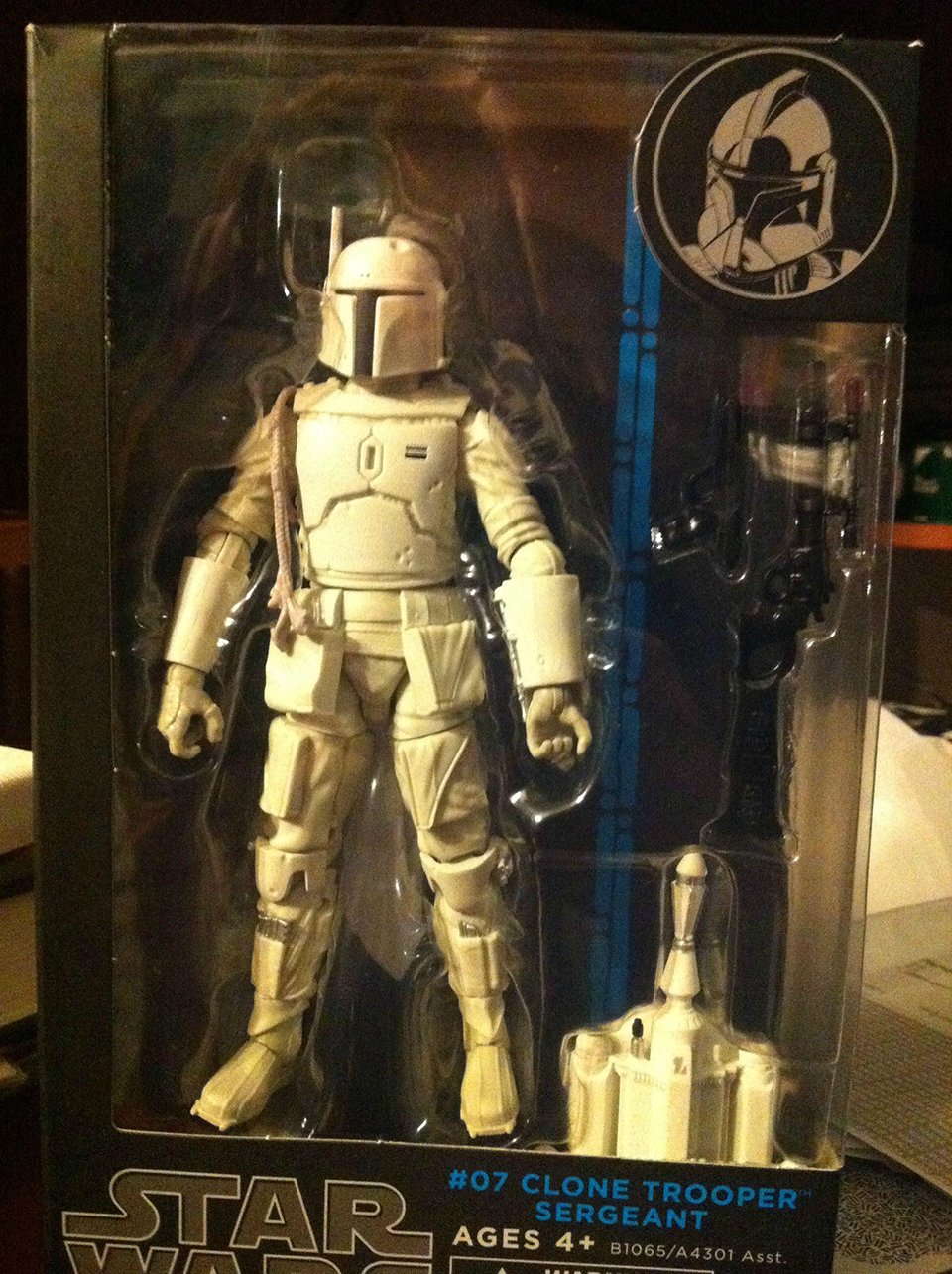 Redditor AshsEvilHand claims he recently found an odd Star Wars action figure at a Walgreens. The box says it’s a Black Series Clone Trooper, but instead there’s a Black Series Boba Fett inside. As if that wasn’t weird enough, Boba and his jetpack are both white. His pistol and rifle are not in their final colors as well. 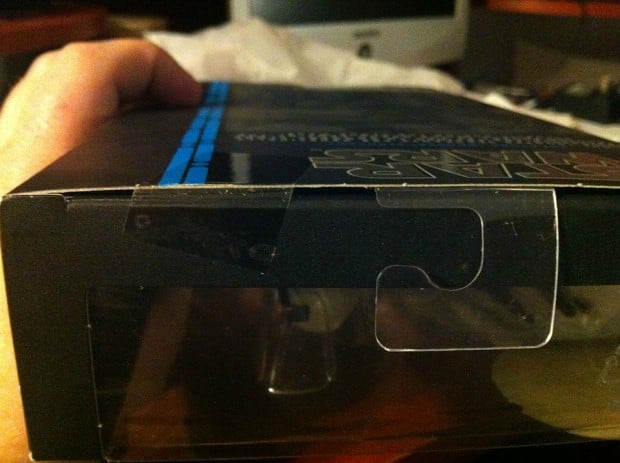 Is this a hoax or a factory error? Or perhaps it’s a misplaced custom job, made to look like a prototype of the Clone Trooper’s prototype?