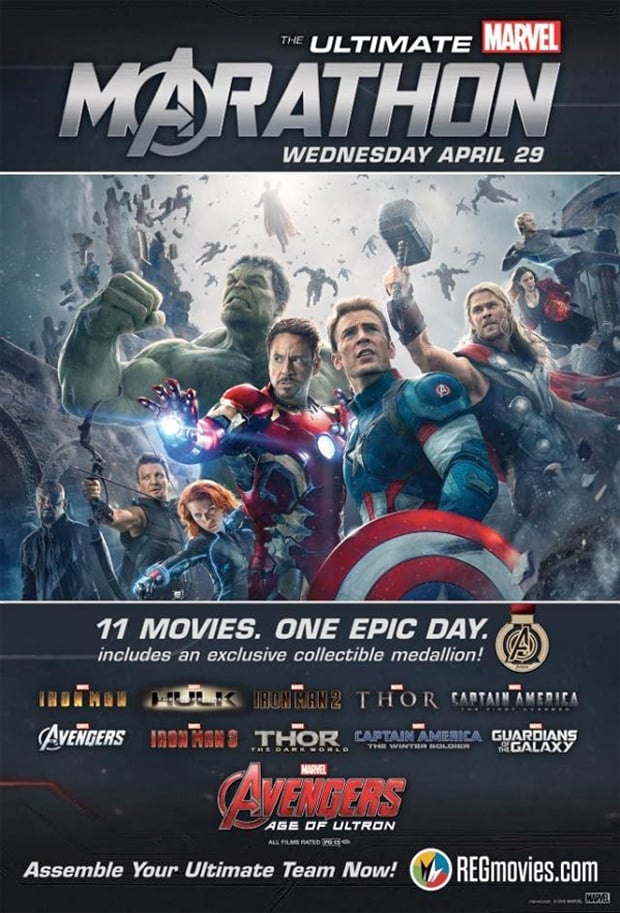 If you have trouble sitting still during a single two hour Marvel movie, this is not for you, but if you think you can take 25 straight hours of Marvel flicks, pay attention. AMC and Regal Theaters have announced the Ultimate Marvel Marathon 2015 on April 29th, leading up to an early screening of Avengers: Age of Ultron. I know I am in no way up for that, but if you are, here is AMC’s schedule:

It looks like locations are limited, but apparently the marathon will happen in Kansas City, New York, Anaheim and Orlando. Regal will also have marathons. Their’s will be in Ontario, Atlanta, King of Prussia, and Houston. Maybe new locations will be added soon if you have a spare day or so.