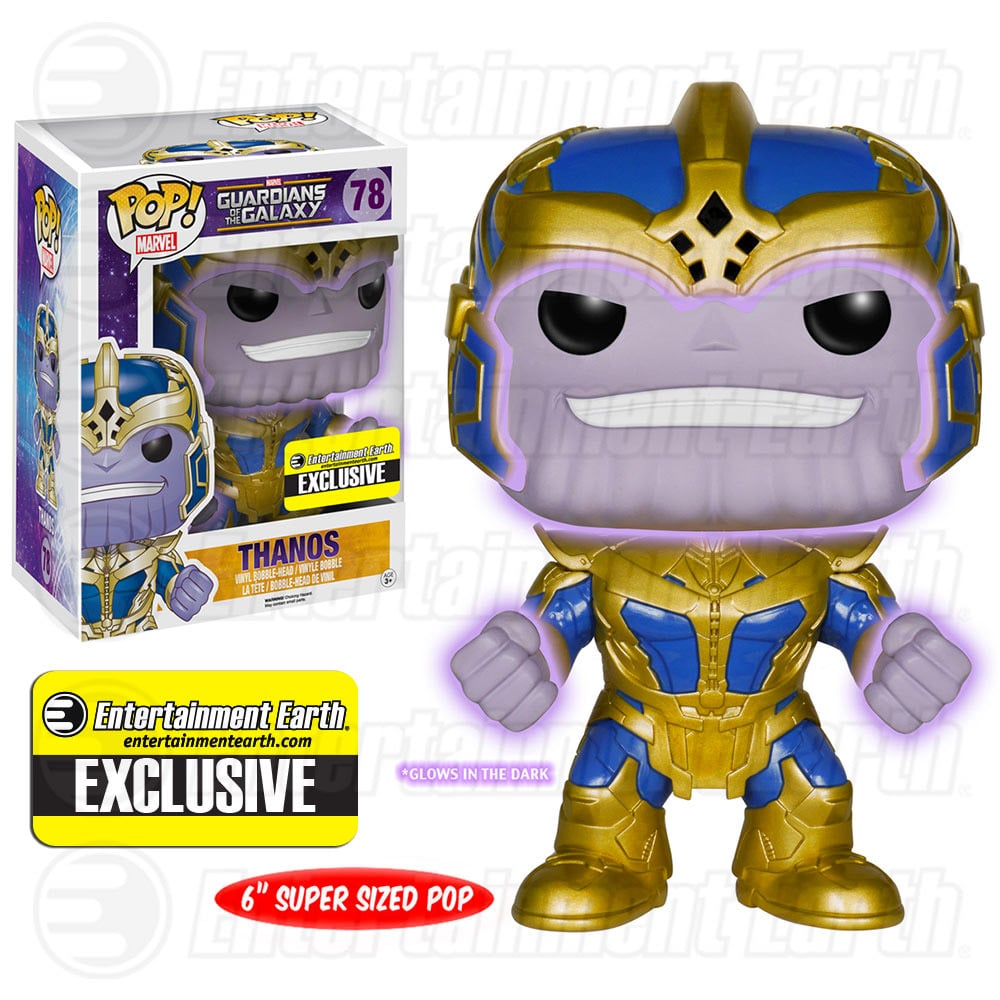 We recently saw a series of Funko Pop! vinyl toys inspired by Guardians of the Galaxy. My favorite of the bunch has got to be Thanos, just because he’s so much bigger than the normal Pop figures. Now, the guys at Entertainment Earth have secured an exclusive version of the jumbo-sized villain, but this one glows in the dark.

The Thanos figure measures 6″ tall, which towers over the typical 3.75″ Pop! vinyls, plus he’ll look really cool when the lights go out. Assuming you ever take him out of the box. Pre-order Thanos now for April 2015 delivery.