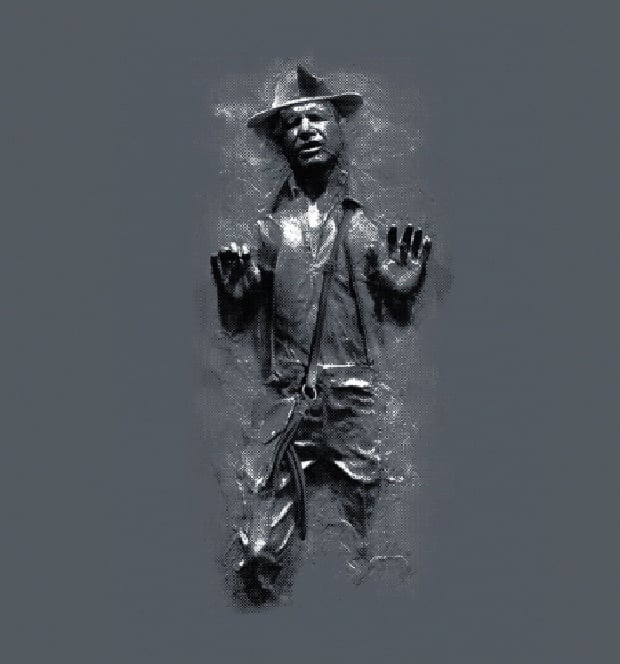 We’ve seen all kinds of different takes on the whole Han Solo in Carbonite thing, but here is something a little different. I’m surprised we haven’t seen it before. It’s a t-shirt design from Busted Tees called Carbonite Jones. I like the way this T-shirt designer thinks. It has the following caption:

“What if the Kingdom of the Crystal Skull is just Dagobah?” I’ll do you one better. What if Indy being carbonite frozen was just the next logical step after surviving a nuclear bomb test, but Spielberg took it out of the movie? Think about that.

This other shirt from Shirt.Woot is pretty awesome too. It shows Indy discovering Han Solo in carbonite to really break your brain. 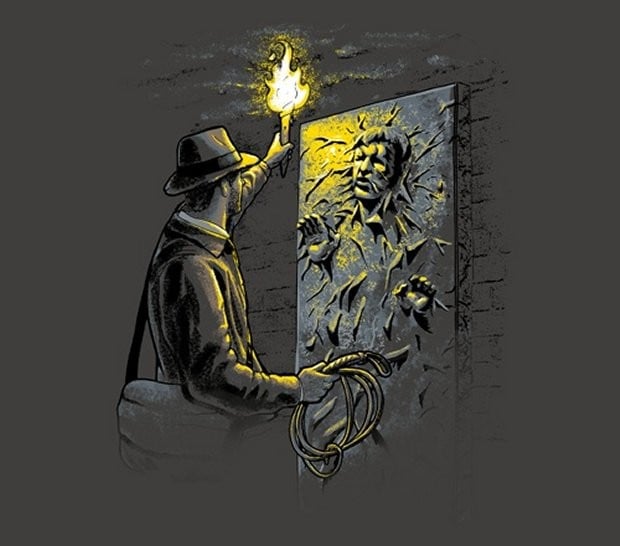