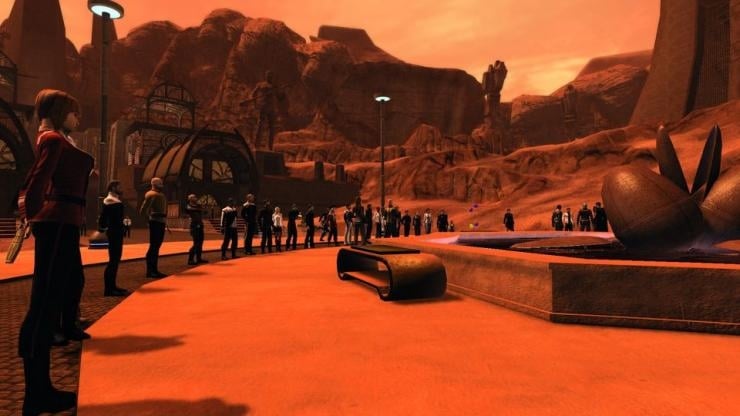 By now we have all heard the sad news about Leonard Nimoy’s passing late last week. Over 1,000 players in the Star Trek Online MMORPG videogame made the trek to the in-game version of Vulcan to pay their respects, which seems very fitting. And now Spock’s home world will be getting a permanent tribute to Leonard Nimoy, the amazing talent that brought Spock to life.

The developers behind the online game plan to add an official in-game memorial to Nimoy and Spock within the game itself. This is a fitting tribute and I’m sure there will many more. The memorial will be rolled out in the regularly scheduled update which will go live March 5.

True to his Vulcan mantra, Leonard Nimoy lived long and we all prospered, because he gave us so much and left so much behind.