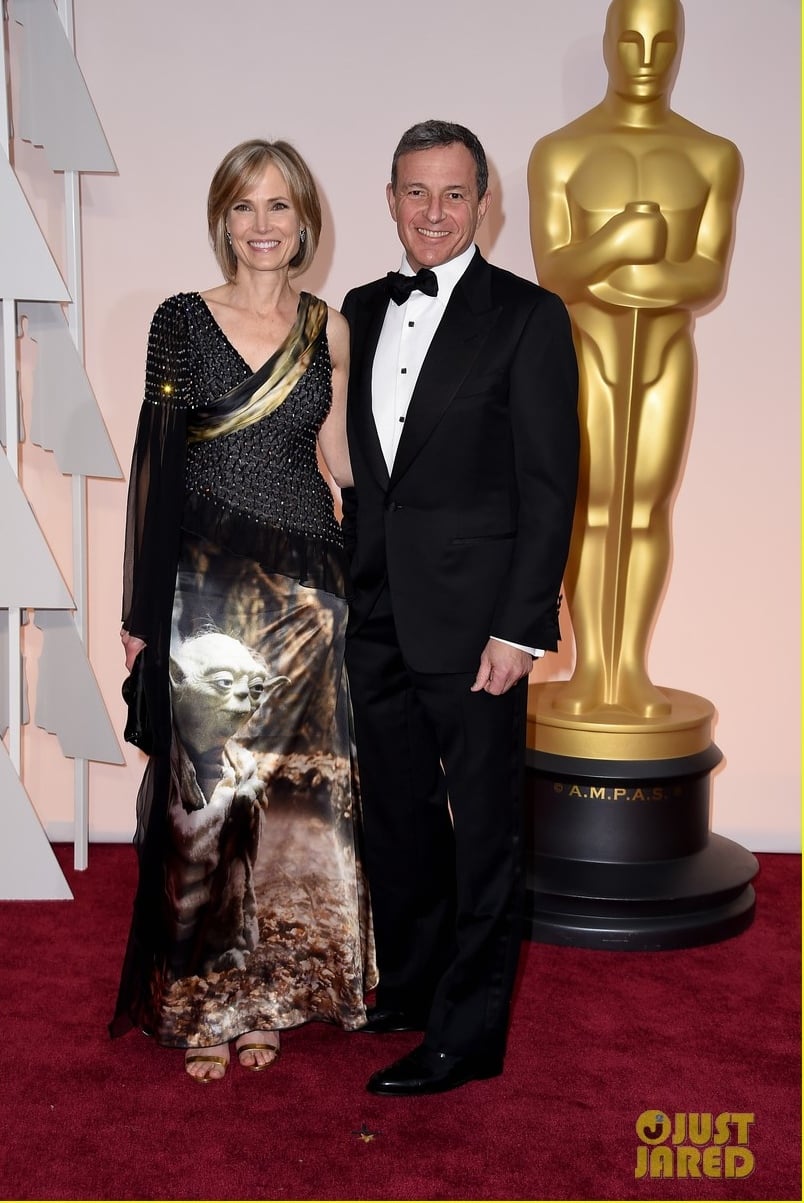 Disney CEO Bob Iger’s wife Willow Bay made a real fashion statement at the Oscars this year. She wore a Yoda dress. The statement that she made? I think it was, “This geek crap is making my husband a TON of money. The least I can do is wear this nerd dress and milk this franchise for all it’s worth if I’m going to buy that small country I’ve had my eye on.”

Sometimes the Hollywood elite have to make sacrifices on the red carpet. And she has been going through so many trials thanks to Disney’s acquisition of Star Wars. I mean, just trying to figure out what to buy with all of that extra money must be a real nightmare. Im saying that the least she can do is wear the damn dress. That’s probably what her husband told her earlier that night too.