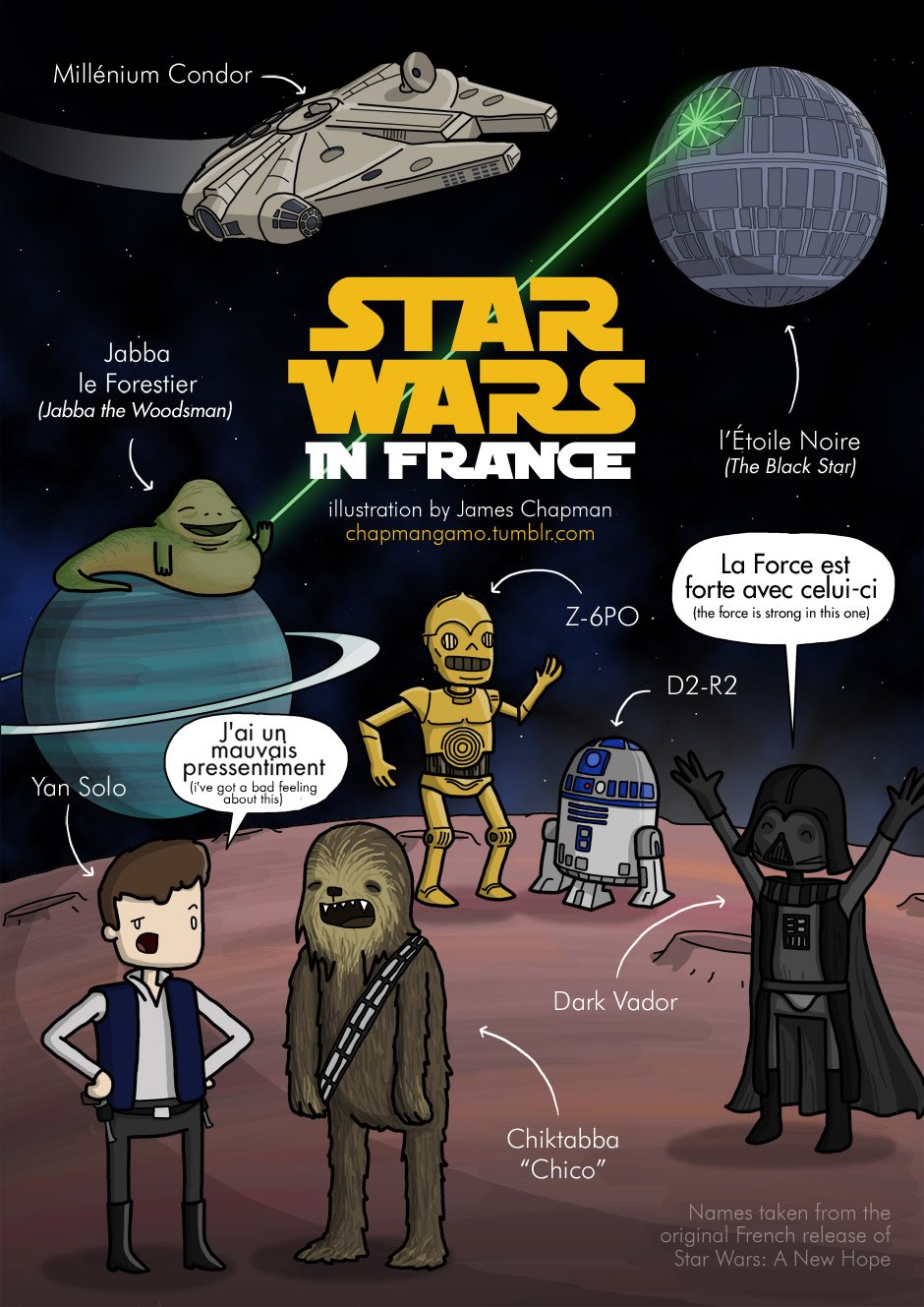 French people will already know all of this stuff, but many of us have no idea what are favorite Star Wars characters are called in French. The Millennium Falcon is the Millénium Condor. Makes sense. Chewie is Chico. Jabba the Woodsman? Weird. Maybe he was a lumberjack and we never got that backstory. He probably destroyed whole Ewok villages. Z-6PO?

This image is from cartoonist James Chapman who makes cartoons showing how words and expressions are conveyed in other languages. All of the names here are from the original French release of A New Hope. Language is truly a funny thing.