While I always thought the giant Gundam statue they erected in Japan was the best damn Gundam ever, this customized figure is pretty cool too.

A guy going by the moniker “The Great Brush-Painter” started out with a tiny 1:144 scale HG Gundam 30th anniversary model, then added LEDs to it, and a couple of exhaust ports which actually emit smoke. The light up sword is especially neat. Check it out in all its glory in the video above. The lights kick on at about the 1:50 mark, and the smoke show starts near the end at 4:53. 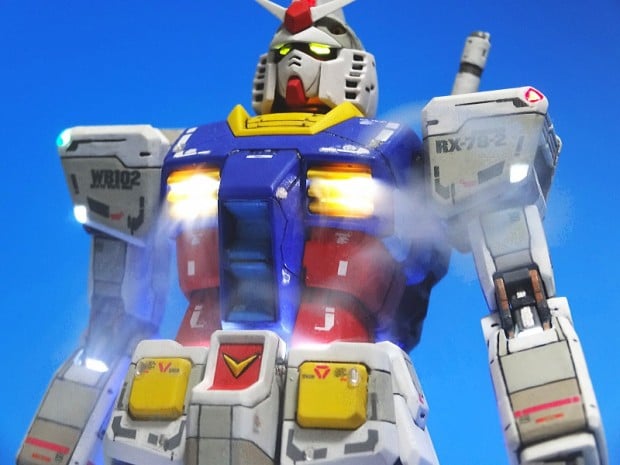 Its creator says he blew tobacco smoke through a tube for the effect, which looks cool but also might end up giving Gundam lung cancer. 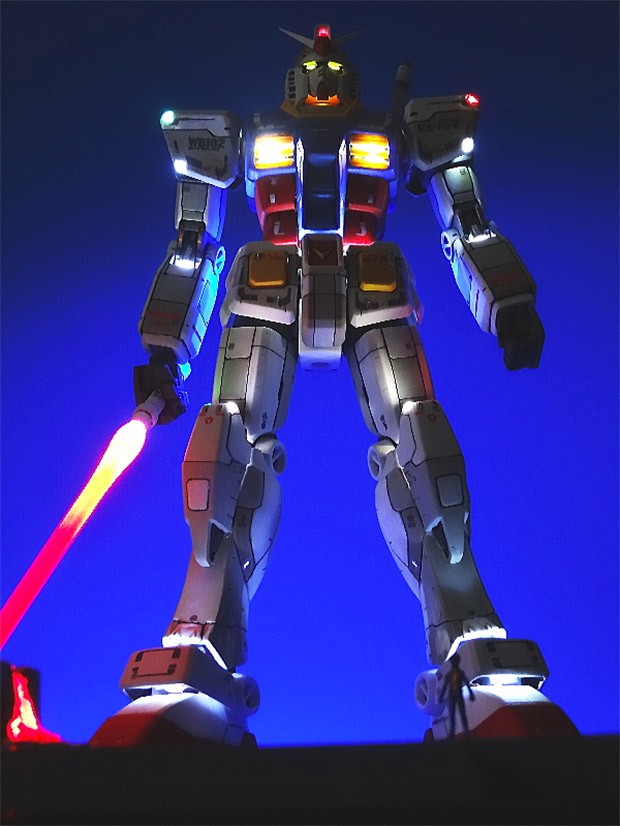 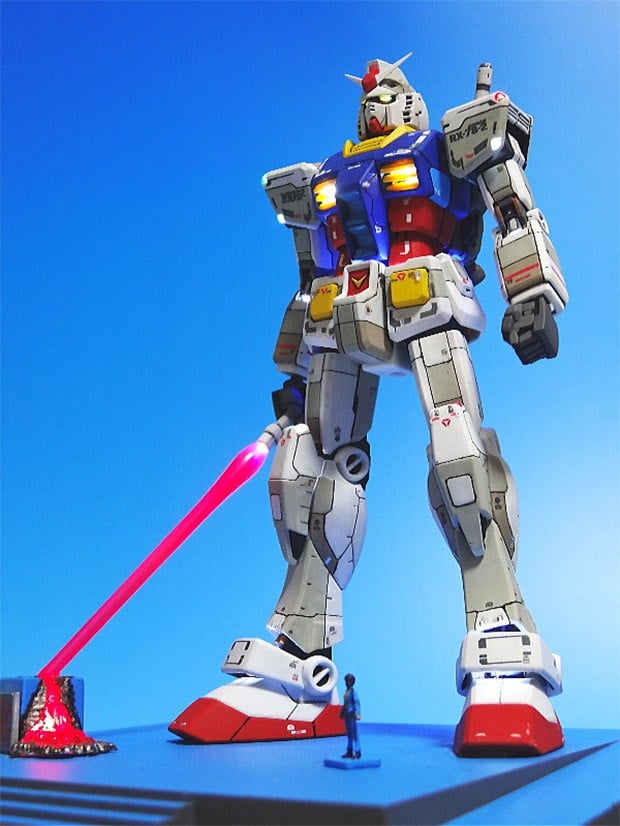