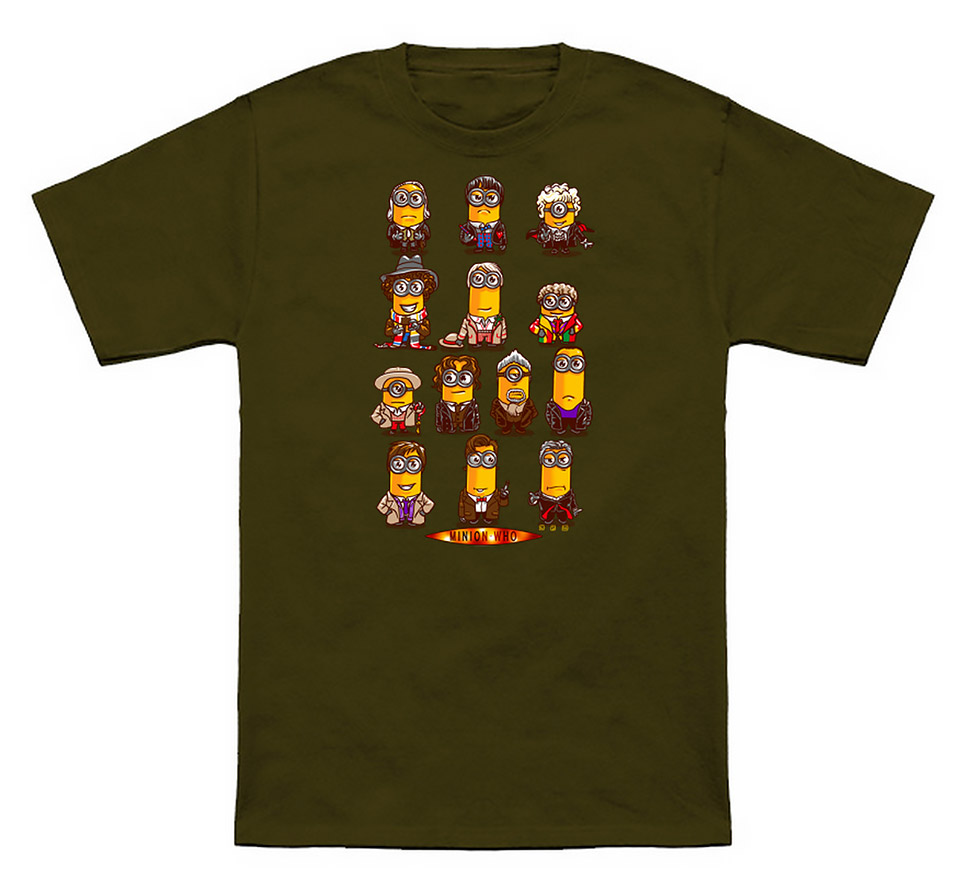 There are seemingly thousands of Minions in Gru’s lair of evil, so there are bound to be some Time Lords among the bunch, right? Illustrator Chip Skelton seems to have located them. 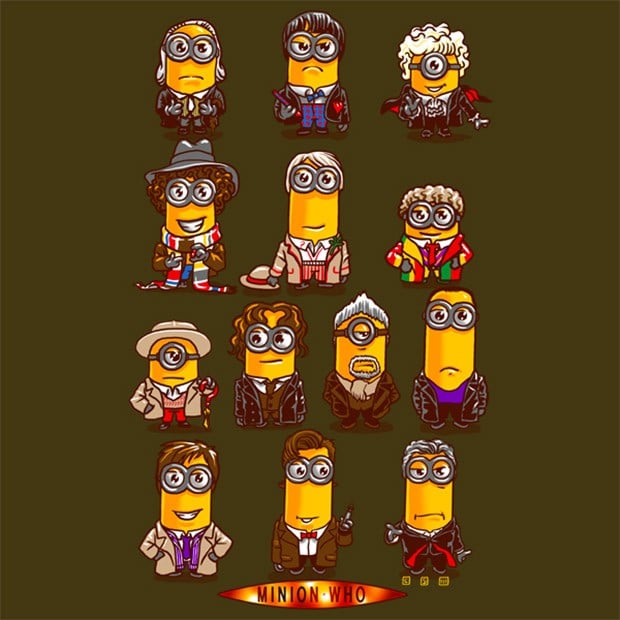 All twelve of the regular Doctors are here in Minion form, along with the War Doctor, complete with his spiky hairdo and plans to destroy all the other Time Lord Minions and Dalek Minions. I’ve also been told that he has a chestburster lurking within his gut.

Set your TARDIS coordinates for the NeatoShop, where you can grab the Minion Who t-shirt for $19.99(USD).