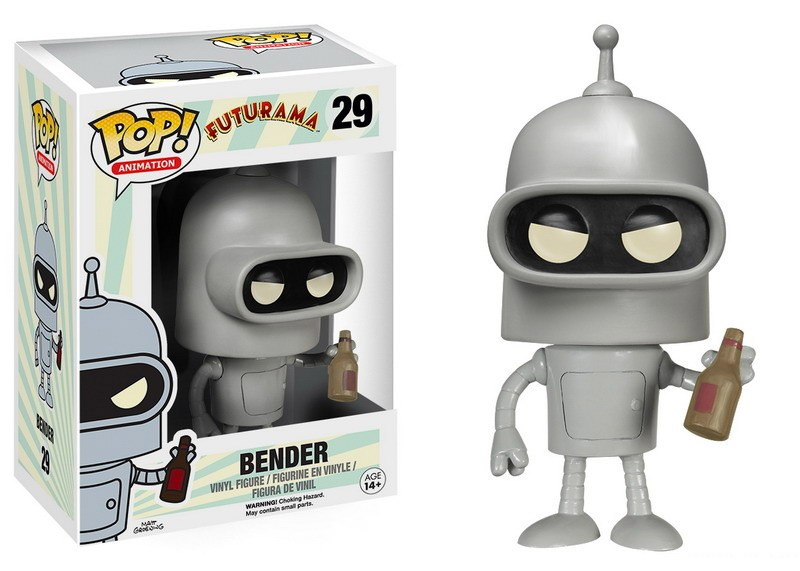 While we’re not yet getting a figure of Professor Farnsworth, I’m happy to report that the first in the series of Funko Pop! Futurama figures have been revealed.

The first four figures revealed include big-headed versions of Bender, Fry Leela, and the Robot Devil. For those of you wanting Zoidberg, Amy Wong, Hermes or Nibbler figures, you’re out of luck for now, but at least it’s a start. I’m sure it’s only a matter of time before Funko rounds out the collection. What I really want now is a Pop! version of the Planet Express ship.

You can pre-order the collection over at Entertainment Earth now for $10(USD) each, and they’ll ship starting in April 2015. 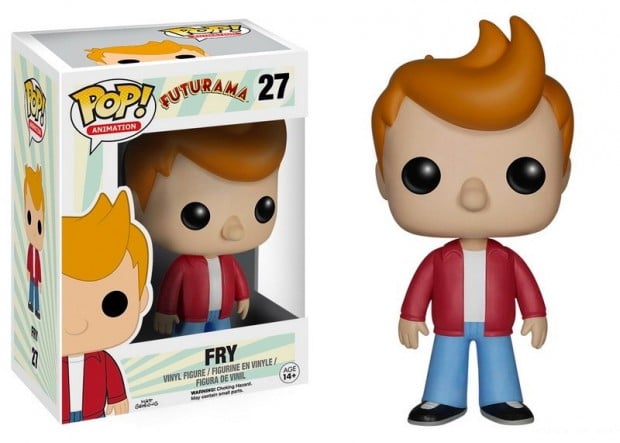 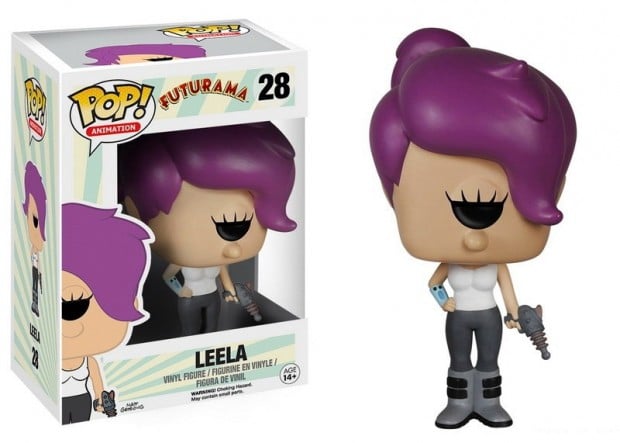 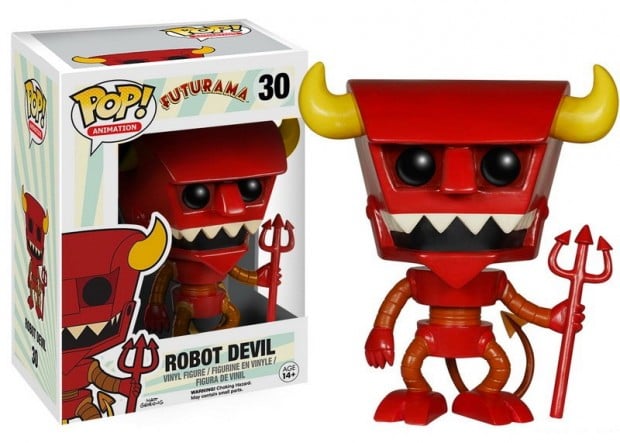