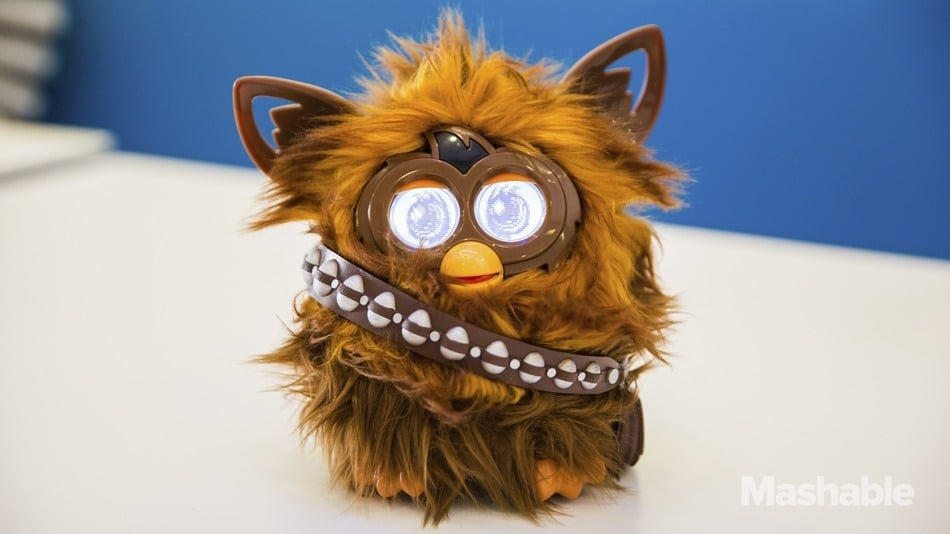 If you thought that Furbies were evil before, Hasbro has a special something up it’s sleeve that makes them even stranger — perhaps even more terrifying. This is Hasbro’s next-generation Furby that speaks Wookiee just like Chewbacca and even hums the Star Wars theme song. Despite these cute qualities the thing looks just as terrifying as ever.

The toy will be available this fall for $79.99(USD) and interacts with users in the usual way. Its LCD eyes can display X-Wing Fighters and Imperial Star Destroyers, depending on his mood. You can do things like virtually feed, bathe and play games with him through the accompanying iOS or Android app. If you tell the app to give Furbacca a shower, he will actually make noises as if he’s getting clean. Who knows? Maybe this walking carpet will smell better too.

It gets weirder. This is the said to be the only Furby to resemble a Star Wars character, but you will be able to hatch Furbling friends that resemble other characters in the franchise within the app. Think Star Wars Babies characters. I don’t even know what to think about this craziness. At least he can’t pull your arm out of it’s socket.