LEGO Announces Doctor Who Set in the Works 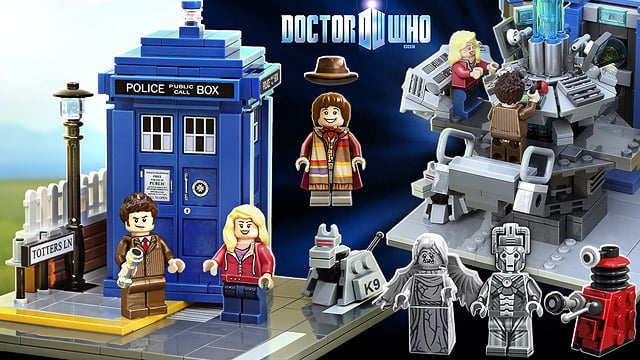 Hang onto your scarves Doctor Who fans and take a deep breath. If you’ve been waiting for the Doctor Who LEGO set that we knew was coming, we have some very good news. LEGO has announced that they’ll be making the Doctor Who set based on the LEGO Ideas Doctor Who and Companions submission by Andrew Clark. A million geeks just collectively squeed!

Both Doctor Who and LEGO enjoy a particularly close relationship with their fans and I can’t wait to see what LEGO produce.” Emma Owen, UK spokesperson for LEGO Ideas added, “We’re extremely excited to announce that a Doctor Who and a WALL-E set will be released as our next LEGO Ideas fan based sets, congratulations to the designers Andrew Clark and Angus MacLane!

“After receiving over 10,000 votes from the online community and having gone through rigorous toy testing from our expert panel, these awesome sets are on track to be on shelves later this year. The final set designs, pricing and availability are being worked out as we speak, so watch this space for the final details!

We don’t know which Doctors and companions they will be including, but I think we can safely say that all of the recent ones are a good bet.