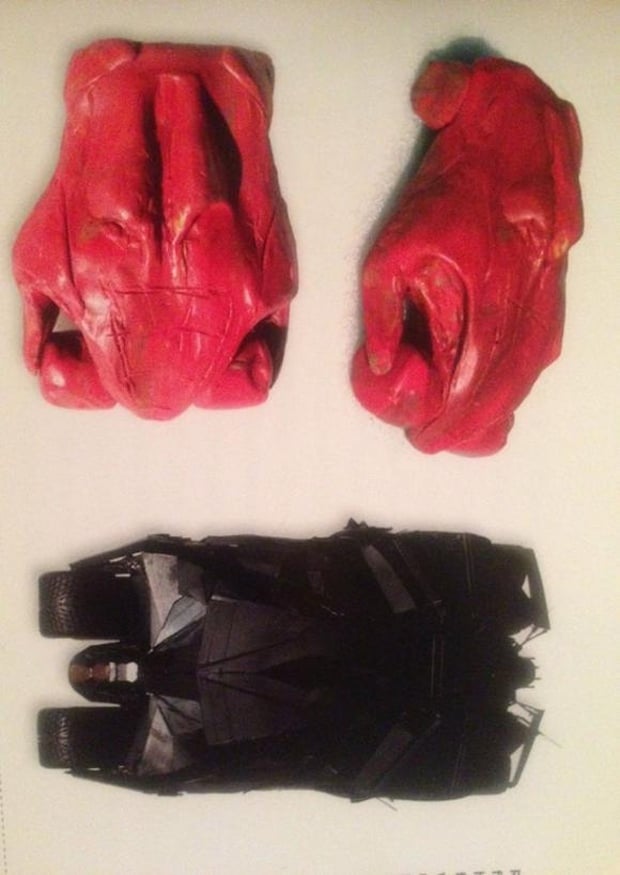 Have you ever wondered where Christopher Nolan came up with the idea for the Batmobile Tumbler design? Well, this lump of clay started it all. This image of Nolan’s original clay model for the Batmobile Tumbler has surfaced on Reddit and it shows the basic concept of the military type armored vehicle we saw in the films. This was its humble beginnings and later it was refined by concept artists and engineers. The idea was to make something as realistic and practical as possible.

It makes sense that a vigilante would need an urban tank to fight crime in Gotham. The Tumbler that was built for the film weighed 2.5 tons and could go from 0-to-60 mph in less than 6 seconds. It could reach speeds of 110 miles per hour. It’s funny to think that such an iconic vehicle started with this lump of clay.