The ’80s appear to be back in full force. Turbo Kid is a campy new indie film which mashes up the postapocalyptic style of Mad Max with the world of BMX racing. The film was created by Anouk Whissell, François Simard, and Yoann-Karl Whissell of directing collective RKSS.

The teaser trailer doesn’t tell us too much, but here’s what the makers of the film have to say:

In a post-apocalyptic future, THE KID, a young solitary scavenger obsessed with comic books must face his fears and become a reluctant hero when he meets a mysterious girl named APPLE. Despite their efforts to keep to themselves, ZEUS, the sadistic and self-proclaimed leader of the Wasteland, plagues THE KID and APPLE. Armed with little more than blind faith and an ancient turbocharged weapon, THE KID learns of justice and friendship and embarks on an incredible journey to rid the Wasteland of evil and save the girl of his dreams.

Sounds good to me. Here’s a brief clip from the film to help whet your appetite:

If you’re fortunate enough to be attending this week’s Sundance Film Festival, you can check out the schedule of Turbo Kid showings here. 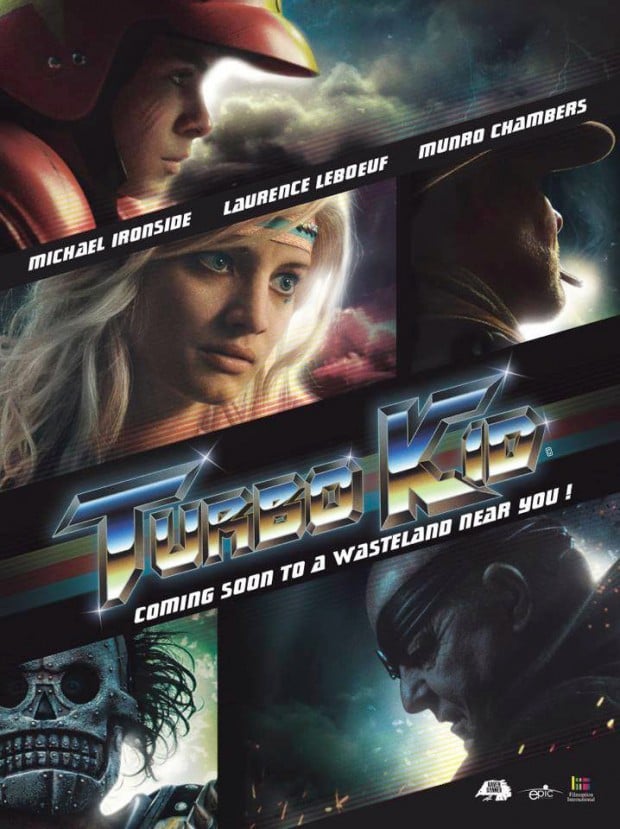