Jabba The Hutt’s Face Shows up on Weather Map 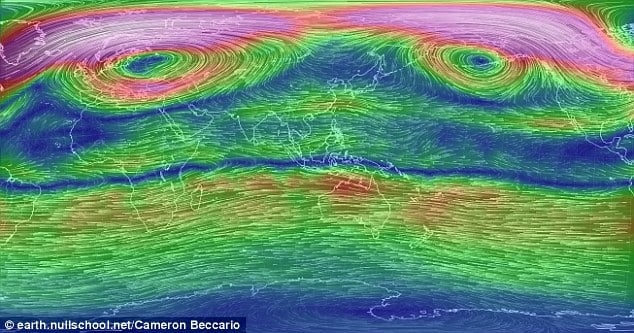 It’s 2015. There’s been an awakening? Can you feel it? Even the weather is trying to tell us something. It’s as if Star Wars were literally in the air. Jabba the Hutt has now appeared in our own galaxy, in an animation showing weather patterns on Earth.

On this interactive map, you can see the face of the Huttese crime lord. The vortices represent his eyes and wind creates his scaly, green skin. The Force has truly awakened as if some long forgotten prophecy is coming to pass. I think I remember one of the passages from Nostradamus:

When the flanneled one gives up the crown,
and the mouse now wields the lighted saber,
the air shall take the form of he who set the bounty.