Marvel and DC vs. Star Wars

Here is the epic masterpiece that you didn’t even know you wanted. This amazing video shows what happens when the worlds of Marvel and DC Comics go up against the Star Wars universe. It has everything that nerds could want, like Superman flying alongside the Millennium Falcon. Batman and Darth Vader in a lightsaber duel, The Guardians of the Galaxy approaching the Death Star, and so much more.

Thank you, Alex Luthor for making my nerd dreams come true. If I only had two hours of this, I would never need another movie again. I choose to believe that this is releasing next summer, because I don’t want to live in a world without this movie. 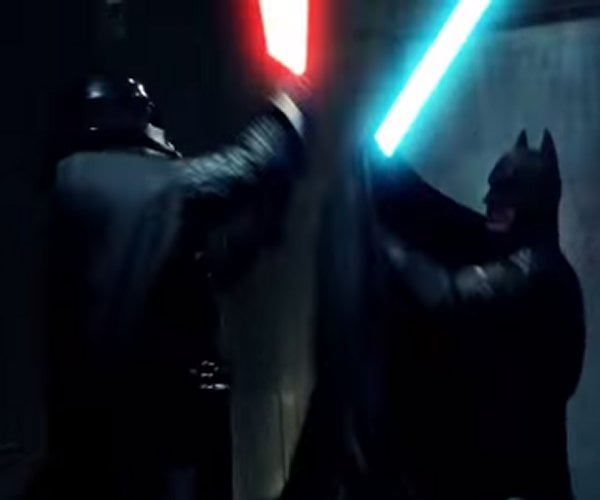