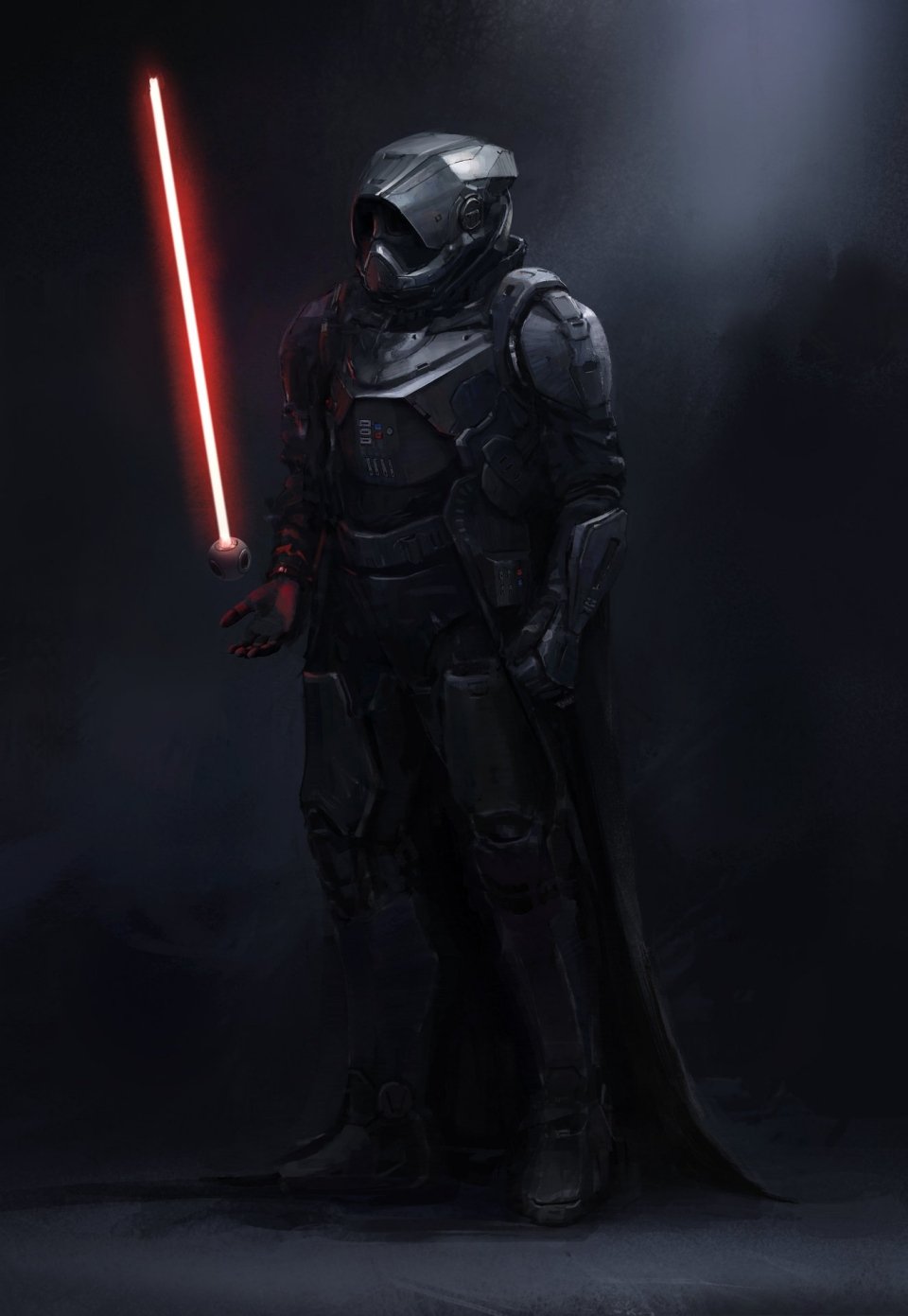 This image by concept artist Steven Chinhsuan Wang is the most unique take on Darth Vader that I have seen in some time. It looks like a cross between Darth Vader and the Helgast from Killzone.

This is a grittier, more battle-ready Vader with some kick-ass armor. However, cooler than the armor is that lightsaber he is holding. It is basically Luke’s training remote with a lightsaber blade. That’s just as dangerous and crazy as the crossguard lightsaber we’ve seen from The Force Awakens.

Maybe it is supposed to be used by the Force and not in your hand. It’s crazy, but I love it. Concept art doesn’t have to be practical after all. Check out more of Wang’s work here.